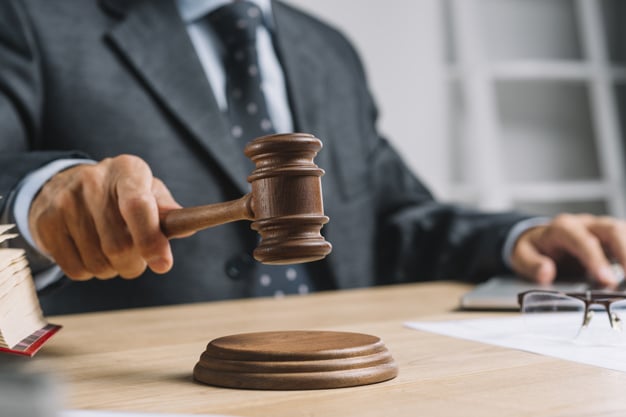 You could be forgiven for assuming that just because Joe Biden began his administration unequivocally saying the federal government has absolutely no constitutional authority to enact vaccine mandates, as well as the spectacular failure of his attempt to weasel around that pesky ‘ol Constitution by making it a workplace regulation enforced by OSHA, that President Biden would have finally learned his lesson and stopped trying to use his monopoly on force to subject as many Americans as possible to non-consensual medical treatments…

This past week a divided panel of the U.S. Court of Appeals for the Sixth Circuit rejected the Biden administration’s request for a stay of a lower court injunction barring enforcement of a COVID-19 vaccination requirement for employees of federal contractors in Ohio, Kentucky and Tennessee in Commonwealth of Kentucky v. Biden.

Here is how the court summarized its opinion.

In 1949, Congress passed a statute called the Federal Property and Administrative Services Act (“Property Act”) to facilitate the “economical and efficient” purchase of goods and services on behalf of the federal government. See 40 U.S.C. § 101. The Property Act serves an uncontroversial purpose; who doesn’t want the government to be more “economical and efficient”? Yet that laudable legislative-branch prescription, in place for the last seventy years, has recently been re-envisioned by the executive. In November 2021, the Safer Federal Workforce Task Force, under the supposed auspices of the Act, issued a “Guidance” mandating that the employees of federal contractors in “covered contract[s]” with the federal government become fully vaccinated against COVID-19. That directive sweeps in at least one-fifth of our nation’s workforce, possibly more. And so an act establishing an efficient “system of property management,” S. Rep. 1413 at 1 (1948), was transformed into a novel font of federal authority to regulate the private health decisions of millions of Americans.

In response, three states (Ohio, Kentucky, and Tennessee) and two Ohio sheriffs’ offices filed suit. They collectively alleged that nothing in the Property Act authorizes the contractor mandate, that the contractor mandate violates various other federal statutes, and that its intrusion upon traditional state prerogatives raises serious constitutional concerns under federalism principles and the Tenth Amendment. The district court agreed. It enjoined enforcement of the contractor mandate throughout Ohio, Kentucky, and Tennessee. It also denied the subsequent motion of the federal-government defendants to stay the injunction pending appeal. The government now comes to us with the same request. But because the government has established none of the showings required to obtain a stay, we DENY such relief.

Kentucky v. Biden is one of several pending challenges to the federal contractor mandate (which is not to be confused with the CMS mandate for Medicare and Medicaid providers or the OSHA vaccine-or-test ETS, both of which were heard before the Supreme Court on Friday). In this case, the lower court only issued an injunction in the plaintiff states. In one of the parallel cases, however, a district court entered a nationwide injunction against the vaccine requirement for federal contractors, and the U.S. Court of Appeals for the Eleventh Circuit refused to stay that order, but ordered expedited briefing on the merits.

Just last week, as part of a response to the new Omicron variant, Biden’s Vaccine Czar Anthony “The Science” Fauci has called for vaccine mandates to be put in place for all domestic air travel.

Although requiring vaccination of airline passengers ostensibly would be aimed at making air travel safer, Fauci sees it as a way to boost the U.S. vaccination rate. The Biden administration sees its vaccination rule for private employers, which ostensibly is aimed at addressing a workplace hazard, the same way.

While new federal government mandates meant to coerce citizens into forced medical treatments, entirely against their will, for such privileges as buying food, going out to eat, and the ability to travel are finally beginning to spark the question among citizens about whether or not this is a reasonable responses to a new variant that has quite literally only killed one person thus far (A man down in Harris County, Texas), there are good reasons to be optimistic that the courts will continue to see these mandates as the unlawful farce that they are and continue striking them down.

And all it took was the loss of our right to freedom of speech for expressing the “wrong opinion” on things like vaccine mandates, the loss of the right of free association (to choose when and under what circumstances we wish to see friends, family, business associates or medical professionals), the right to contract our labor as we see fit and of course freedom of movement.

OSHA’s sudden decision to invoke its “emergency” powers, nearly two years after the pandemic began and a year after vaccines became available, seems dubious. So does its preference for vaccination, which unlike other workplace safety measures is not limited to the workplace.

In fact OSHA’s estimate of its rule’s benefits is based on deaths prevented by vaccination of working-age Americans, regardless of where transmission occurs. The vaccine-or-testing requirement, by contrast, applies to 84 million employees—two-thirds of the work force—in myriad industries and workplaces, with little regard to how COVID-19 risk varies across them. And it exempts companies that employ fewer than 100 people, as if the risk of COVID-19 transmission disappears below that threshold.

It seems the Biden administration’s best efforts to obfuscate a general vaccine mandate as a workplace safety measure makes for an unconvincing disguise—and the chance that it will fool anybody is about as likely as the chance that anybody will die from contracting the omicron variant.