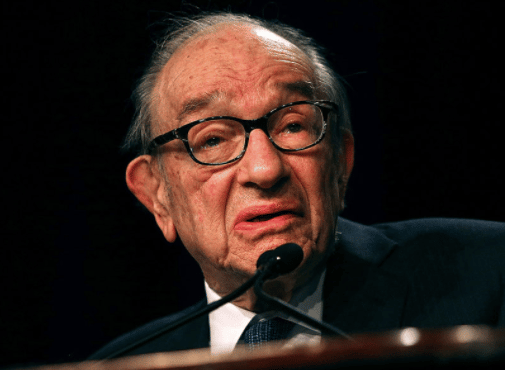 Given Alan Greenspan’s notorious reputation among libertarians as a Randian free-marketeer who became corrupted during his time in the Federal Reserve and ended up being largely responsible for the easy money policy that contributed to the Great Recession, I was curious as to how he would characterize particular events in the economic history of the United States, especially the financial crises. I’ll first present some praise and scrutiny to the discussions on the Great Depression and Great Recession, respectively, and then briefly summarize my thoughts on the other aspects of the book.

I was positively surprised of how he and his co-author addressed the roots of the Great Depression, citing the trade barriers caused by Hoover signing the Smoot-Hawley tariff and retaliatory tariffs consequently being levied by other powers; admitting that malfeasance by the Fed was a relevant factor; and explaining that Hoover’s and Roosevelt’s interventions in the market largely only worsened the crisis. His negative descriptions of Roosevelt’s massive programs of National Industrial Recovery Act [NIRA] and the New Deal are worth quoting: “The NRA [National Recovery Administration],” Greenspan writes, “was responsible for implementing a vast process of government-sponsored cartelization: regulating production in entire industries and raising prices and wages according to government fiat,” and also explains that Roosevelt’s “stimulus package” of public sector jobs out-crowded private sector jobs after in the short-term seeming to help recover the economy during 1935-6 (serving as an empirical/historical example against the Keynesian advocacy for having the government trying to “stimulate” the economy).

Though his take on the Great Depression may be commended, Greenspan was far more defensive when discussing the Great Recession. On the one side, he rightly mentioned Freddie Mac and Fannie Mae, as well as other government measures aggressively encouraging home ownership, as being important factors. However, while he mentions low interest rates as a factor, he blames this on a “savings excess” in emerging economies after the Asian economic crisis of 1997 that pressed global interest rates down and thus fueling a global bubble by boosting asset prices.

Even if this is true despite the savings rate in the US falling from 7.4% in 1998 to 2.5% in 2005 (see picture below, data from FRED) [1], one must recall that the interest rate nowadays isn’t naturally “pushed up” or “pressed down” by economic forces alone; central banks set a “discount rate”, meaning the interest rate they charge for loans to commercial banks and other financial institutions, and additionally “target” the market interest rate through purchasing securities like government bonds (though more recently, in quantitative easing, they’ve additionally started buying other assets like mortgage-backed securities).

The Austrian Business Cycle Theory (ABCT) explains that if the artificial interest rate set by the central bank is lower than the natural rate determined by the equilibrium between the supply and demand of loan-able funds, that the loan-market will be inaccurately reflected in the visible interest rate and create incentives to fuel an unsustainable bubble. Blaming a “savings excess” as a factor to the crisis thus suffers from the same fallacy as blaming “overproduction”, the symptom is treated as the root cause, while the real question is why the gap between supply and demand take a long time to close (i.e. if there are any barriers thereto).

Greenspan further outright denies that “easy money” policy by the Federal Reserve had anything to do with the crisis. This seems to be a logical extension of his previous claim of a savings excess, as he argues that this “global savings glut” limited “the Federal Reserve’s ability to influence interest rates through the federal funds rate (which is the only interest rate that the Fed controls)”. Furthermore, while he concedes that “the ‘easy money’ critics are right to argue that a low federal funds rate (at only 1 percent between mid-2003 and mid-2004) lowered interest rates for ARMs [Adjustable-Rate Mortgages],” he claims that this rate peaked two years before the crisis and accordingly, according to Greenspan, “Market demand obviously did not need ARM financing to elevate home prices during the last two years of the expanding bubble.”

A statistic further draws into question these claims of a “savings excess/glut” is that the effective federal funds rate rose from 4.07% in December 1998 to 6.62% in November 2000 (thereafter plummeting to 1.52% by December 2001), which may make us wonder why this “saving excess” took so long to affect this metric. In fact, we might wonder whether this is really just a scapegoat to cover for Greenspan & Co’s efforts to pull the economy out of the bust of the dot-com bubble at this time by cutting rates and in the process setting in motion what has come to be known as the housing bubble.

General Thoughts on the Book

Despite these heated disagreements on the nature of business cycles, I thought the book overall was enlightening and well-written. Greenspan and his co-author rightly emphasized the significance of creative destruction for economic development, and for the most part smoothly described how market trends, innovation, and government regulations interacted in the process. They illustrate well how damaging government taxes and regulations can be to the economy, particularly small businesses, and don’t adhere to Keynesian dogma in their economic theory, though, as illustrated, some obfuscation and common myths may have been used to deflect criticism from Greenspan’s involvement in causing the Great Recession.

With this in mind, I recommend those who want to learn more about economic history to check out this book. If you disregard (or read with scrutiny) the parts of the business cycle, much of the book has a lot of page-turning material drawing you into the beautiful process of people improving each others lives through the economic interactions throughout American history. If you only want to understand business cycles better, however, the following books are, in my opinion, more adequate:

Stefan M. Kløvning is a former journalist for the British alternative media site Goldfire Media and now writes regularly on his personal blog MisesRevived.net about various topics of interest, including political, economic, and philosophical questions. Stefan is also the author of “Vaccines as Weapons Against Us”, host of the educational channel “The Praxeological Academy” (https://www.youtube.com/channel/UCuZivdr9gthajs0mKuLPEDw) on YouTube, Vimeo, and Bitchute, and founder of the site The Anarchist Perspective.