Home Featured Articles Dependency is the Health of the State 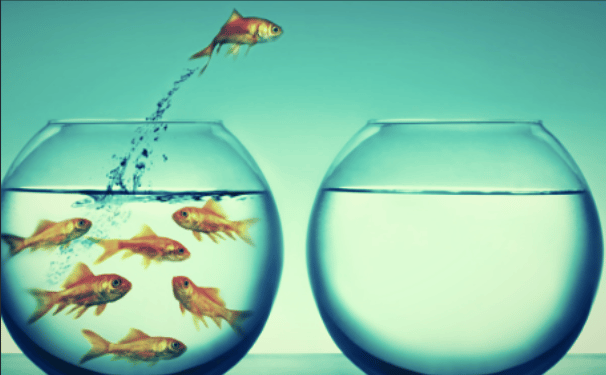 It’s commonly believed among libertarians that “war is the health of the state” based on Randolph Bourne’s 1918 essay by the same name, but that isn’t really the full story. Indeed, war strengthens the State; empowers it; allows it to expand far beyond what it could otherwise. But war isn’t the only way to do that. It’s merely a means to an end, and can thus be replaced if it ceases to be an option. Any power-hungry bastard with a sliver of intelligence has a plan B, and the State inherently attracts those types. There are many solid reasons why war is the best choice for them to achieve their goals: it fuels fear and insecurity in the minds of the public; creates a dynamic of “us vs. them” thinking in the form of “patriotic” fascist dogma conflating the State and society; and ultimately breeds dependency by the people to their rulers. “Oh please, dear Kings; save us from the evil barbarians! Whatever shall we do without you?!” Begging for the perpetuation of their own slavery. It’s all well and good ’till they stab you in the back – and they will, whether swiftly or so slow you won’t recognize it before it’s too late. It’s just a matter of time. Loyalty to them just makes you blind to the process.

Dependency is behind all of this, and is also a fundamental element in human life itself: We’re all bound by something, whether it’s a person, an object, a habit, or an idea, and I think most of us can feel, deep down, whether that dependency holds us back or pushes us forward. For the measure of judging the value of such dependencies is whether they bring out the best or worst in us; whether our actions that emanate from that basis (the sum of those dependencies: the soul) brings us a little closer to hell or heaven. The Soviet dissenter Aleksandr Solzhenitsyn asserted after his time in the Gulag concentration camps that “the line between good and evil crosses every human heart,” and that’s the fundamental burden inherent in life itself: we constantly face decisions which could drag the future in one direction or another, in ways impossible to foresee. Playing on the side of evil always ends with becoming haunted by it, rotting your soul, until it eventually takes away everything you have; while trying to move beyond the spectrum of good and evil, similarly, will make even the most intelligent men (like Friedrich Nietzsche) end up insane in the pursuit of answers.

Most of us want to do what is right, but often we don’t see that due to lack of knowledge or experience, even if the answer is right in front of us. That’s why we’re scared, anxious, and insecure. Sometimes we just need to reflect on our current dependencies and whether we truly want those in our lives. What may always seek our dependency is the State: They cannot rule without us feeling dependent on them; they’re nothing more than a gang of robbers writ large, and without the public depending on them to bear their responsibilities, that common perception may finally make us free.

You may not consider it when you do your taxes on a yearly basis, but as the decades accumulate, the amount taken from you eventually becomes quite sizable, and even a “stable” inflation rate of 2% caused by the central bank can be enough to wreak havoc in many families and relationships in the long run. And what does the money taken get used for? Wars and famines unleashed abroad to create dependency domestically and signal dominance to other governments, and the establishment of a police state to enforce that dependency? A school system propped up to make people indoctrinated debt slaves? Government nutrition “advice” making people obese and unhealthy and handing us harmful drugs and vaccines while jacking the health care prices up so much it becomes near impossible to get out of it? Welfare programs perpetuating poverty by disincentivizing work? Where will it ever end? Mind control? Oh, wait. Already happened. It’s a mad, mad world we’re living in, designed to make us dependent upon the rulers.

It shouldn’t surprise us that it’s difficult to drag people out of the matrix; we just need to do what we can to reverse the trend, or break out of it somehow. What may help us in that process is to connect with the dependencies that bring out the best in us, and parting ways with those that only bring us down, because the greatest battles we face are internal rather than external.

Reprinted from The Anarchist Perspective.