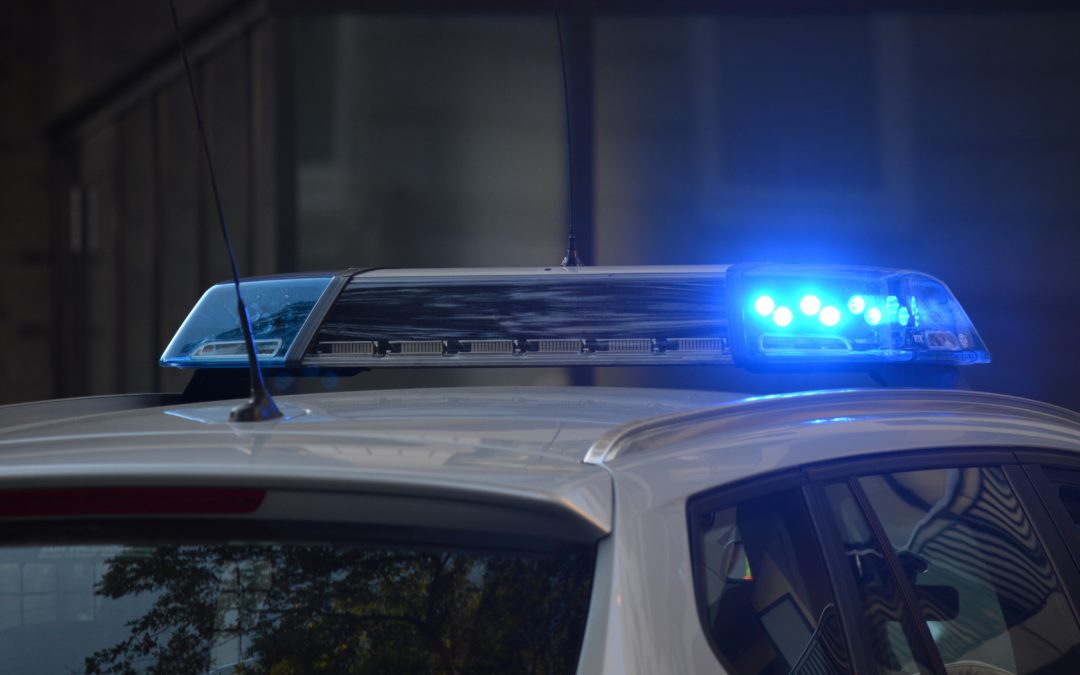 The murder rate in 2020 was at an all time high, and commentators are in a tizzy about this. It turns out that there were 21,570 homicides in the United States. This is an unprecedented increase of almost 30% compared to 2019. An additional 4901 people were murdered compared to a year ago.

Why do I deprecate this by calling the reaction to these horrific numbers a “tizzy?” Do I not think that it is a serious concern that so many people were done in by their fellow man? Of course I do. Yet, not a word, not a single word, has been spent on the number of people who perished due to traffic fatalities. And what is that number, pray tell? It is 38,680. For those who are mathematically inclined, this is not quite double. And yet virtually no ink, physical or electronic, has been shed on this horrid statistic. Perhaps because this is only a 7.2% increase over road deaths compared to a year before almost no one is concerned about it? Hardly. Double is double.

Yes, there is indeed something worse about being purposefully murdered, on the one hand, compared to dying in an accident on the streets or highways, on the other. In the former, there was mens rea, but not in the latter. I concede that. However, you are just as dead from the one cause as from the other, and, again, just look at the numbers: double is double.

The most likely reason for pundit inattention to traffic deaths, vis a vis murder, is that the former is seen as inevitable. Something, hopefully, can be done about the hatred in man’s psyche that leads to homicide, but vehicular accidents seem beyond human control.

The supposed causes of the increased murder rate range widely. They cover the Floyd effect to reduced police budgets to economic hardship to social disruptions due to COVID-19 (suicide rates are also higher) to more guns on the street.

Why do people die on the nation’s roadways? The typical response is drunken or drugged driving, speeding, driver inattention (those cell phones!), vehicle malfunction, weather conditions, etc. But these are only proximate causes. The ultimate explanation for this debacle (double is double!) is the sovietization of our streets and highways. Yes, they are all managed by government; the bureaucrats have failed to deal with these proximate causes of traffic fatalities.

It is a basic premise of the dismal science that competition brings about a better product at a lower price. There must be scarcely an economist in the entire world who would not assent to this foundational principle. Is there any competition on our nation’s roadways? Of course not. They are, instead, run as a monopoly. Does anyone in charge lose a single penny when someone perishes on the terrain for which they are responsible? Of course not. Thomas Sowell tells us: “It is hard to imagine a more stupid or more dangerous way of making decisions than by putting those decisions in the hands of people who pay no price for being wrong.”

And, yet, this is precisely the system now under operation: road socialism.

What would a free enterprise thoroughfare industry look like? It is hard to give specifics. But a key element would be that different road owners would compete with each other to reduce the ill effects of speeding, driving under the influence, etc. Those who succeeded would reap profits and be able to increase the mileage of their holdings. Those who failed would be driven in the direction of bankruptcy. Some of the latter might emulate the practices of the former, and the death toll would be driven down, once again.

This, after all, is the system we rely upon to bring us our breakfast, to clothe ourselves, to produce entertainment. It is time, it is past time, that we apply it to reduce the carnage on our roadways. I hate to be repetitive, but, double is double.

US News New York City will require all companies to have a vaccine mandate by December 27th. The city’s mayor announced that children 5-12 will need one dose of a vaccine to dine at a restaurant. [Link] The WHO says an additional 70,000 people died from malaria due to...

“Coming to Palestine” Discussed on Podcast

I discussed my Libertarian Institute book Coming to Palestine on the podcast The Enragés (a project under the auspices of the Center for a Stateless Society).

The Paradox of Authority

Every government in human history has eventually collapsed. Even Plato recognized this inevitability and theorized the average State lifespan was around 300 years. Must it be this way? Is it avoidable? Sadly, I don’t believe so. There is no resolution for the Paradox...

Syrian Christians were Quietly Warned Before the War

“No One Saw It Coming”

Scott interviews Patricia Hynes about a piece she wrote back in 2017 highlighting the devastation caused by burn pits on American military bases over the last thirty years. Scott wanted to discuss this now because the Federal Government has finally started looking for...

Scott is joined by John Dolan who used to write under the names Gary Brecher and The War Nerd. The two discuss a recent article Dolan wrote that lays out the big picture causes and developments in the Tigray-Ethiopia war. Dolan explains the necessary Ethiopian history...

Hassan El-Tayyab is back with an update on a Senate vote taking place later this week that aims to block the Biden Administrations' $600 million arms sale to Saudi Arabia. The resolution is the result of Senators Rand Paul and Mike Lee teaming up with Bernie Sanders....

On Antiwar Radio this Sunday, Scott was joined by Aaron Maté to discuss an article he wrote for Real Clear Investigations. Amidst the collapse of the Steele dossier, Maté wrote about five articles that either won the Pulitzer prize or were written by journalists who...

Episode 663: How, And Who Do We Fight? w/ Monica Perez and Brad Binkley

99 Minutes Some Strong Language Monica Perez and Brad Binkley are the hosts of the Propaganda Report Podcast Monica and Brad asked Pete to come on to have a long discussion about the last 21 months, what's happening now, and how to approach the future. Today's...

56 Minutes PG-13 Jared Wall is an entrepreneur and former guest on this podcast. Jared joins Pete to talk about his moving out of the northeast when CV19 madness started to kick in. He talks mostly about the business he started this year that has run into every form...

82 Minutes Some Strong Language Aaron is one of the hosts of the Timeline Earth podcast. Aaron and Pete continue their series reading the Unabomber, Ted Kaczynski's, Manifesto, "Industrial Society and Its Future" while commenting on it. Today's Sponsor: Open a Crypto...

Episode 660: Is Social Media A ‘Necessary Evil’ And Some Rittenhouse Commentary w/ Steppy From ‘Not a Podcast’

64 Minutes Some Strong Language Steppy is one of the hosts of "Not a Podcast" and a Twitter legend Steppy joined Pete for a livestream to do a little commentary on the Rittenhouse trial but also to talk about the good and bad of social media in general. Considering...

Pete and Scott are back for Episode 3 of their new show End of the Empire. In this episode, the two discuss Scott’s debate at the Soho Forum against neoconservative Bill Kristol. They get into Scott’s experience before, during and after the debate. And they discuss...

Pete Quinones and Scott Horton are back for the second episode of their new podcast End of the Empire. The two begin by discussing a new documentary about Waco that reanalyzes the FLIR footage, showing that federal agents were in fact firing on Branch Davidians on the...

On Thursday, Pete Quinones and Scott Horton live-streamed the first episode of their new podcast End of the Empire on the Libertarian Institute’s Youtube Channel. In the episode, the two discuss Pete’s recent appearance on Tim Pool’s show Timcast. Scott commends...

On COI #191, Hunter DeRensis joins Kyle Anzalone to discuss the Bring Our Troops Home movement. Hunter explains how Defend the Guard legislation has made significant progress in several states. Defend the Guard laws would prevent the federal government from exploiting...

Conflicts of Interest #190: Congress Is Set to Give Highly Corrupt Pentagon Hundreds of Billions

On COI #190, Kyle Anzalone discusses Congress closing in on passing a near $800 billion funding bill for the Pentagon as it fails in every category. A report from the Pentagon inspector general found the agency has failed to make much progress tackling its sexual...

Black Man Found Not Guilty After Shooting at Cops in Self Defense!

https://youtu.be/fS42XkWIrb8 Economics has revealed a great truth about the natural law of human interaction: that not only is production essential to man’s prosperity and survival, but so also is exchange.... If anyone wishes to grasp how much we owe to the processes...

Loathing the Corporate Press is the Moderate Position

https://youtu.be/z9Xp9AYN-J0 ... I see the central conflict as not between classes, (social or economic), or between ideologies, but between Power and Liberty, State and Society. ... It is only through and by state action that “class” conflict can arise. Murray N....

https://youtu.be/BfV-OwA-_S4 ... the Constitution has proved to be an instrument for ratifying the expansion of State power rather than the opposite. ... any written limits that leave it to government to interpret its own powers are bound to be interpreted as...

https://youtu.be/a-_zXuMkTWw ... the whole point of politics is to “divide” people, to separate people by principle and ideology and to have them slug it out, each trying to gain a majority support of the population. Murray N. Rothbard, Ph.D. Irrepressible Rothbard,...

https://youtu.be/PlFt42HCYAo Wondering what is going on with the US, Taiwan, and China? I asked two of my favorite foreign policy specialists to give us an overview of the basics of US/Taiwan relations and explain why it risks nuclear war with China. Dave DeCamp is...

For this episode, I wanted to share the audio of the speech I gave to a group of local conservatives concerned about COVID19 tyranny and medical martial law. At the end of the episode, I share a few thoughts on libertarian strategy. Episode 189 of the Liberty Weekly...

https://www.youtube.com/watch?v=j0Nyc0zrlIg Keith Knight of Don't Tread on Anyone and the Libertarian Institute joins me again to discuss our collective duty to tell and preserve our experience of the COVID19 regime. It is our duty to bear witness to the world's...

https://youtu.be/-sUtbMumsNg Consent is a concept that is deeply rooted in the principle of self ownership. It is also a concept that progressives, especially those who support COVID totalitariansim, purport to care about. Author Sean Leal joins me to discuss issues...

The Rise of a Caesar w/Charles Haywood

Charles Haywood of The Worthy House joined me to discuss what the rise of a new Caesar could look like. Will there be war? Will he be a tyrant? Can it happen? Charles Twitter The Worthy House Libertarian Institute 19 Skills Pdf Autonomy Course Critical Thinking Course...

A Sense of Urgency w/Aaron

Aaron from Timeline Earth joined me to discuss the fight we have for normalcy, agorism, and what the post-libertarian crowd sees that libertarians are missing. Timeline Earth Aaron Twitter Libertarian Institute 19 Skills Pdf Autonomy Course Critical Thinking Course...