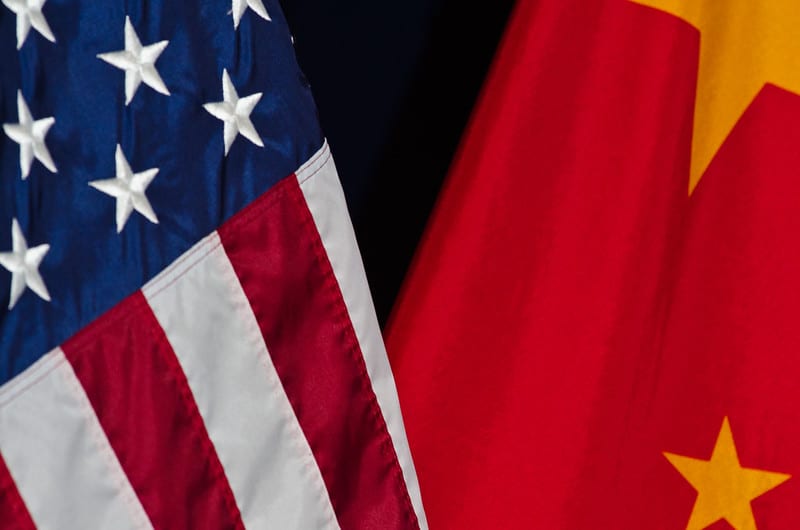 Tensions between the United States and China blew open during the Trump administration after President Trump launched a trade war against China. Those tensions have increased during the Biden administration. Both countries have taken actions that its citizens have been told are threats against them.

The United States entered an alliance with Australia and England to build a nuclear submarine fleet in the Pacific aimed to counter China. The United States has worked to build alliances against China with its neighbors. Not all of these moves have worked. For instance, it has failed to achieve agreements with Vietnam to share its Haiphong port with the U.S. navy and has not been able to get Vietnam to agree to almost all of the arms deals it has been presented to by the United States in recent years.

The submarine agreements, though, are a huge move, even if it will take several decades for the entire submarine fleet to be constructed. These nuclear submarines will be brand new and the most advanced fleet of attack subs in the world and can be a stepping to stone to placing submarines with nuclear weapons armed on the cost of China. However, from a strategic sense they don’t make sense. If they are really necessary to prevent China from launching a war then China is now put in a position to launch a war before they can be put into service to preempt them.

The program has another purpose and that purpose requires something akin to a play Cold War, but not a real Cold War.

Now, American citizens have been presented with a China that is increasingly viewed as a potential threat to their own lives in the U.S. media. Trump used talk of “China virus” as an election slogan during his campaign and his allies in the right-wing media made claims that Biden was under Chinese control. Tensions between the two nations increased so much towards the end of his administration that the Chairman of the Joint Chiefs of Staff reportedly had to get on a secure link with his Chinese counterpart to insure him that the United States had no intentions of launching a war against his country.

Any move China has made that could be viewed as aggressive has been trumpeted as such in the U.S. media, and the Chinese media in turn has reportedly grown more nationalistic in its own reporting.

Biden made a statement several weeks ago that he was prepared to defend Taiwan by sending American soldiers there if necessary. China viewed this is a provocative statement as it goes against stated U.S. policy going back decades to call for neither country to get directly involved in Taiwan and to support a “one China policy for Taiwan”—meaning that it is up to the people of Taiwan to decide whether to remain independent of China or make some sort of merger with it in the future. Biden walked back his earlier statement this week, claiming that he misspoke.

Key figures in the Biden administration in recent weeks have made statements to the effect that they do not seek a new Cold War and in one case explained why they actually need increased tensions that are short of one between the two nations.

This past Sunday President Biden’s National Security Advisor, Jacob Sullivan, appeared on CNN and explained that, “The goal here is not containment, it’s not a new Cold War. It is rather a favourable disposition in which the U.S. and its allies can shape the international rules of the road on the sorts of issues that are fundamentally going to matter to the people of our country and to the people everywhere.”

He said that the U.S. does not seek to change the government of China, but only wants “peaceful competition.” Their goal is to have two major powers operate inside the international system, obeying its rules.

In October the New York Times ran a long story with quotes from key Biden administration figures about how they view China policy. It was a story designed to communicate with the leaders of China just as much as it was a news story for Americans, and it was written by David Sanger, who operates as a mouthpiece for the U.S. national security state.

The story explains that the two countries are so intertwined together economically, and China is so integrated into the global economy, that it isn’t in the interest of either of them to enter into a pure Cold War situation against one another, much less have a war.

Such economic ties between the U.S. and the USSR did not exist at all after World War II. In fact, they essentially blockaded each other.

However, the story also explains, that when it comes to internal politics the United States needs tensions with China as a foil to function at all. “In Washington, one of the few issues that overrides partisan divides in Congress is the specter of Chinese competition, in such crucial areas as semiconductors, artificial intelligence and quantum computing: That is how the “China bill” passed the Senate in a solidly bipartisan vote. (It has yet to come up in the House.)”, writes Sanger.

“While few on Capitol Hill want to utter the words, the bill amounts to industrial policy, a once contentious concept in Washington that is now barely debated, thanks to the specter of Chinese competition. For example, the Senate bill, as passed, offers $52 billion to expand domestic chip manufacturing, far beyond anything the United States considered when battling Japan’s technological dominance in the same industry more than 30 years ago. But today Japan’s share of the global chip sales has declined to about 10 percent, and it no longer looms large in American industrial fears,” Sanger continues.

In other words, the United States needs global tensions on some level in order to continue its military-industrial complex, what Sanger calls “industrial policy,” which the entire economy has become dependent upon since World War II.

With the end of the “war on terror,” China now serves as a foil for the U.S. to create such tensions.

This is why, the Biden administration is telling China that it needs a pretend Cold War, but does not want a real one.

It also helps to build loyalty to the state on the part of any Presidential administration, as Trump demonstrated with his followers. People who are scared are easier to control and lead around. History demonstrates that in times of internal turmoil, disruption, or decay nation states often seek increased global tensions to maintain internal control.

But a real Cold War—that’d be bad for business. It’d be bad for the world and everyone. The real Cold War meant trade blockades, unwinnable proxy wars, and dangerous nuclear brinkmanship, while domestically it meant constant fear and loathing.

It wasn’t always like this. The U.S. didn’t have these type of policies until World War II. I described the beginning of this story in my book The War State: The Cold War Origins of the Military-Industrial Complex and the Power Elite, 1945-1963.

This article was originally featured at Wall Street Window and is republished with permission.