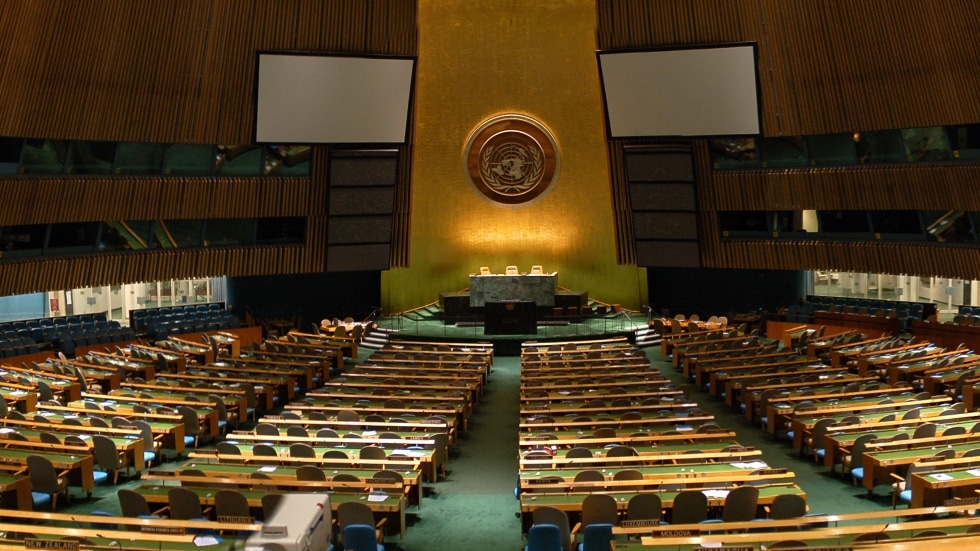 In a resolution passed on Wednesday, the UN General Assembly urged the international community not to recognize the four regions – Donetsk, Lugansk, Kherson and Zaporizhzhia – as part of the Russian Federation, stating they are currently “occupied by Russia as a result of aggression” and must be returned to Ukrainian control immediately.

The measure passed by a wide margin, with 143 member states voting in favor, while only Russia, Belarus, Syria, North Korea and Nicaragua opposed the resolution. Another 35 countries abstained, among them India and China, which have both resisted Western pressure to take a firmer stance against Russia’s military action.

The UN General Assembly adopted a resolution that condemns #Russia‘s “illegal so-called referendums” in regions within #Ukraine‘s internationally-recognized borders, and demands it reverses its annexation declaration.

While Moscow had already recognized Donetsk and Lugansk as independent states ahead of its invasion of Ukraine earlier this year, all four territories voted overwhelmingly to join Russia in referendums held last month. Most UN member states, including Ukraine, have refused to recognize those votes, however, calling them “illegal” while arguing the results cannot be trusted amid the Russian military presence.

A similar plebiscite held in Crimea soon after Ukraine’s 2014 ‘Euromaidan’ revolution has also been rejected by the UN and much of the West, though the peninsula has now been under Russian administration for the better part of a decade.

Russia’s UN envoy Vassily Nebenzia initially pressed to hold Wednesday’s vote in secret, stating that some countries may find it “very difficult” to express their views publicly, but the request was ultimately shot down. The General Assembly took up the measure automatically after Moscow vetoed a similar effort in the Security Council, which has the power to enforce its decisions.

Nebenzia denounced the resolution as “politicized and openly provocative,” and warned it “could destroy any and all efforts in favor of a diplomatic solution to the crisis.”

While the UNGA vote was largely symbolic, Ukrainian President Volodymyr Zelensky later took to Twitter to celebrate the outcome, declaring that Moscow’s new territorial claims “will never be recognized by free nations” and that Ukraine would “return all its lands.”