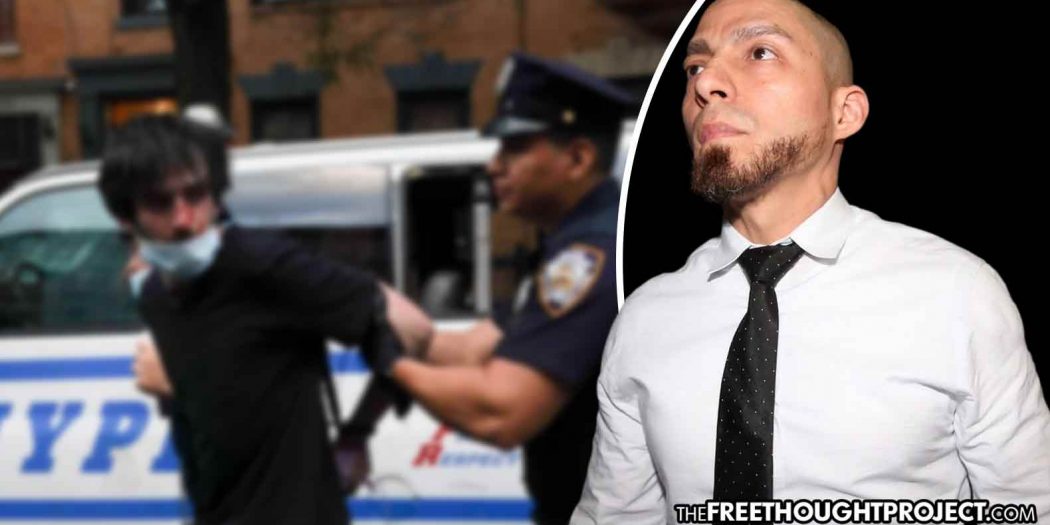 Charges against the now-disgraced NYPD detective Joseph Franco are being welcomed by the families of more than 130 more New Yorkers as it is leading to the dismissal of their family members’ charges. Franco was reportedly caught framing innocent individuals last year and this is the second wave of case dismissals tied to his corruption..

Last April, Brooklyn District Attorney Eric Gonzalez’s Conviction Review Unit asked for the dismissal of 27 felony convictions and 63 misdemeanor convictions based on Franco’s corrupt policing. Now, that number has grown as Bronx Supreme Court Justice David Lewis granted the motion to drop the felony cases against 133 defendants who were indicted between 2011 and 2015.

“We did not want to dismiss or vacate out of hand all cases he was involved in; we investigated those that hinged on his testimony and sworn statements,” Bronx County District Attorney Darcel Clark said in a statement.

“[Franco’s] compromised credibility suggests a lack of due process in the prosecution of these defendants, and we cannot stand behind these convictions.”

An addition 250 cases are under review and a total of 500 cases could be dropped.

According to ABC 7, Franco was indicted in Manhattan for perjury, official misconduct and other charges in connection with four incidents whereby he allegedly framed numerous individuals for making narcotics transactions.

According to the Conviction Review Unit, the dozens of cases are being dismissed because Franco’s crimes have discredited his witness testimonies.

“Criminal convictions largely based on the work of corrupt former or active NYPD officers who engaged in misconduct while executing their duties flies in the face of the oaths officers take to protect and serve New Yorkers,” said Elizabeth Felber, director of the Wrongful Conviction Unit at The Legal Aid Society, in a statement, according to the NY Post.

As for Franco, he is currently awaiting trial on dozens of counts of first degree perjury and other related charges. Despite facing over a dozen charges in April 2019, and again in July 2019, Franco was not fired from the department until a year later in May of 2020.

“It shows you the unbelievable ripple effect that one individual who wears a shield can have on lives of hundreds, if not thousands,” said Aida Leisenring, a criminal defense attorney with Barket Epstein. “Overturning a wrongful conviction is not a substitute for justice, because the damage has already been done. Filing a lawsuit against the NYPD and receiving financial reparations for that, that’s a step towards justice.”

Unfortunately, there is no shortage of police officers like detective Franco. Here at the Free Thought Project, we report on cops who frame people frequently. One such cop, whose actions were similar to the actions of Franco was Jackson County Sheriff’s Deputy Zachary Wester.

Wester was arrested in 2019 after video surfaced of this drug enforcement cop planting meth on an innocent grandmother. After the release of that video, other videos surfaced, showing the officer planting drugs on other folks as well.

While it is no question that folks will claim that drugs found on them or in their possession “aren’t theirs” and “they don’t know how that got there,” nearly all of Wester’s cases had this characteristic. The videos showed that people were utterly shocked when Wester claimed to have found drugs in their vehicles. While a single person may have been lying, when everyone reacts the exact same way, something is up.

This characteristic led to assistant state attorney at the 14th Judicial Circuit, Christina Pumphrey, investigating the corrupt cop, and she discovered he’d been conducting this framing scheme for some time.

As a result of Pumphrey’s actions which led to Wester’s arrest, 119 people were exonerated and freed from jail.