9/11 ‘Truthers’ and ‘Never Forgetters’ Both Help Grow the Government

9/11 ‘Truthers’ and ‘Never Forgetters’ Both Help Grow the Government 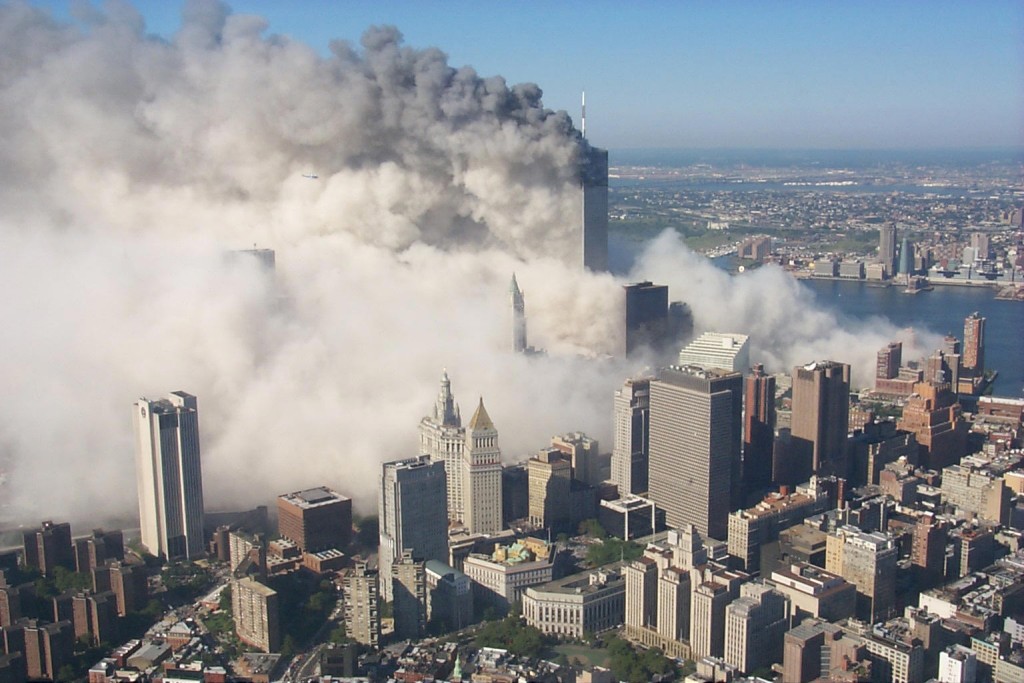 There are two camps in the 9/11 war. Both are wrong. As a result, almost no one learns anything from the tragedy that occurred on and after September 11, 2001.

One camp is the “never forget” crowd. These are the proponents of Washington, D.C.s’ imperial, worldwide standing army. They insist people never forget the terrorist attacks because…well, it’s not entirely clear why we shouldn’t forget. Something about being vigilant, because “freedom isn’t free.” Or something.

It’s just a lot of fuzzy baloney used to justify massive military spending, the empire’s war or intervention du jour, and convince the gullible who join the military they are defending freedom, as if Americans would be less free if the empire didn’t invade Iraq, or Afghanistan, or Syria, or…

The other camp is the “truther” camp, convinced that because the government lied about a lot of things regarding 9/11, that those lies prove the attack was “an inside job,” perpetrated by the Bush administration and/or the Deep State to justify the decades of aggressive war abroad and totalitarianism at home that followed it.

Both camps conjure up villains people can blame for ills they ultimately brought upon themselves, at least in the aggregate.

First, the “never forgetters.” Are there any who aren’t somehow connected to the bloated, $800 billion/year and growing cancer called the U.S. military? Or at least believe the myth perpetuated in this nauseating Lee Greenwood song:

“And I’m proud to be an American, where at least I know I’m free

And I won’t forget the men who died, who gave that right to me

‘Cause there ain’t no doubt I love this land! God bless the U.S.A.”

It’s hard to get more wrong about “America” than that. First, the American principle is that freedom is a natural right, “endowed by our Creator.” It is not given by anyone, least of all soldiers consuming taxes in an unnecessary war. Not only was the freedom of Americans not in jeopardy during any war in my lifetime (born 1965), none were even “defensive” wars.

Goebbels couldn’t have penned better propaganda nor a bigger lie than this million-selling drivel.

Americans would have been far better off if the entire Cold War national security state were dismantled in 1991, including the global standing army—as Americans were promised it would be—and no wars fought in the past thirty years.

They would have been better off still staying out of World War II and letting the Nazis and Soviets destroy each other, instead of handing one evil empire half of Europe in its zeal to destroy the other.

Instead, the Cold War apparatus was redirected towards terrorism, its military and economic interventions in the Middle East provoking the 9/11 attack.

That brings us to camp #2, the “truthers.” A lot of these people are well-intentioned and have what the never forgetter crowd lacks: a healthy skepticism of their government and of government in general. But their zeal to prove government is evil (which it is) leads them to make improbable conclusions and ignore other explanations that fit the available facts much better.

That’s not to mention ascribing sudden, extreme competence to the government in the face of thousands of years of proof to the contrary.

It is possible the government or elements within the national security bureaucracy planned and executed the 9/11 attacks. But it is improbable in the extreme and there are other, more probable explanations that explain what happened on 9/11/2001 and why the government told so many whoppers in the days, weeks, and months afterwards.

The one I could never get past was the passport(s) of one or more of the hijackers found at or near the crash site. Again, it’s possible. But improbable in the extreme. What is the other explanation for lies like these and others? That the government didn’t want people to know they were aware of the 9/11 hijackers before the attack.

The FBI and other federal agencies routinely allow criminal conspiracies to proceed in the hopes of letting “little fish” lead them to the “big fish.” They’ve done it with the mafia for decades. They’ve even embedded agents among the conspirators, although sometimes it is just a matter of letting the plot proceed until the last moment. That maximizes the “catch” and the charges they can bring.

There is evidence they did this in the Oklahoma City bombing. They certainly did it with the underwear bomber, whom they let waltz onto the plane without even presenting a passport. And they probably did it with the 9/11 hijackers.

Then, when it went bad, a cover-up was needed. That’s what all the lying was about. Even uber-government skeptics like Ron Paul offer this explanation, rather than the “inside job” theory (which Paul is on record denouncing).

The problem with 9/11 wasn’t that the government planned it or even that it used it as a pretext for criminal wars abroad or tyranny at home, although the latter is undeniably true.

The problem was the massive public support for the wars and the surveillance state. That’s not to say there weren’t opponents of it right away. I certainly was one and so were most of the “truthers.” But either a majority or a significant enough minority of the public bought it all hook, line, and sinker.

The truther movement, however well-intentioned, actually undermines the fight against the totalitarian state. The problem isn’t secret villains plotting in a dark room (although sometimes they do). It’s the public’s willingness to allow the government to accumulate vast new powers during emergencies, real and imagined, that creates tyranny. Even if the government had perpetrated the 9/11 attacks, none of the ensuing totalitarianism could have occurred without widespread public support.

If the kind of liberty the freedom movement seeks is ever to be achieved, it must jettison the delusion that the only thing standing in the way is exposure of a few bad actors who are misleading the masses into supporting totalitarian policies.

The truth is the fight is much more difficult. Those masses libertarians imagine “yearning to be free” are yearning for no such thing. They are actually quite eager to call on the government to solve every societal ill they perceive, most immediately their own economic circumstances, rather than trust the very freedom that created the world they live in.

It will take a sea change in worldview like the one that led to the Enlightenment to turn the tide against the totalitarian state. Telling the masses they have anyone to blame for their chains but themselves is counterproductive to that end.

This article was originally featured at the blog Tom Mullen Talks Freedom and is republished with permission.

Tom Mullen is the author of "It’s the Fed, Stupid" and "Where Do Conservatives and Liberals Come From? And What Ever Happened to Life, Liberty, and the Pursuit of Happiness?"