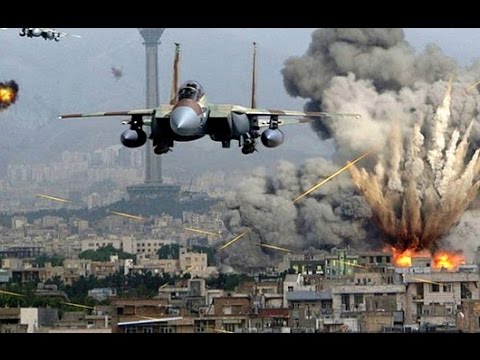 Twenty years ago, President Bill Clinton commenced bombing Serbia in the name of human rights, justice, and ethnic tolerance. Approximately 1,500 Serb civilians were killed by NATO bombing in one of the biggest sham morality plays of the modern era. As British professor Philip Hammond recently noted, the 78-day bombing campaign “was not a purely military operation: NATO also destroyed what it called ‘dual-use’ targets, such as factories, city bridges, and even the main television building in downtown Belgrade, in an attempt to terrorise the country into surrender.”

Clinton remains a hero in Kosovo, and there is an 11-foot statue of him standing in the capitol, Pristina, on Bill Clinton Boulevard. A commentator in the United Kingdom’s Guardian newspaper noted that the statue showed Clinton “with a left hand raised, a typical gesture of a leader greeting the masses. In his right hand he is holding documents engraved with the date when NATO started the bombardment of Serbia, 24 March 1999.” It would have been a more accurate representation if Clinton was shown standing on the corpses of the women, children, and others killed in the U.S. bombing campaign.

Bombing Serbia was a family affair in the Clinton White House. Hillary Clinton revealed to an interviewer in the summer of 1999, “I urged him to bomb. You cannot let this go on at the end of a century that has seen the major holocaust of our time. What do we have NATO for if not to defend our way of life?” A biography of Hillary Clinton, written by Gail Sheehy and published in late 1999, stated that Mrs. Clinton had refused to talk to the president for eight months after the Monica Lewinsky scandal broke. She resumed talking to her husband only when she phoned him and urged him in the strongest terms to begin bombing Serbia; the president began bombing within 24 hours. Alexander Cockburn observed in the Los Angeles Times,

It’s scarcely surprising that Hillary would have urged President Clinton to drop cluster bombs on the Serbs to defend “our way of life.” The first lady is a social engineer. She believes in therapeutic policing and the duty of the state to impose such policing. War is more social engineering, “fixitry” via high explosive, social therapy via cruise missile…. As a tough therapeutic cop, she does not shy away from the most abrupt expression of the therapy: the death penalty.

I followed the war closely from the start, but selling articles to editors bashing the bombing was as easy as pitching paeans to Scientology. Instead of breaking into newsprint, my venting occurred instead in my journal:

April 7, 1999: Much of the media and most of the American public are evaluating Clinton’s Serbian policy based on the pictures of the bomb damage — rather than by asking whether there is any coherent purpose or justification for bombing. The ultimate triumph of photo opportunities…. What a travesty and national disgrace for this country.

April 17: My bottom line on the Kosovo conflict: I hate holy wars. And this is a holy war for American good deeds — or for America’s saintly self-image? Sen. John McCain said the war is necessary to “uphold American values.” Make me barf! Just another … Hitler-of-the-month attack.

May 13: This damn Serbian war … is a symbol of all that is wrong with the righteous approach to the world … and to problems within this nation.

The Kosovo Liberation Army’s savage nature was well known before the Clinton administration formally christened them “freedom fighters” in 1999. The previous year, the State Department condemned “terrorist action by the so-called Kosovo Liberation Army.” The KLA was heavily involved in drug trafficking and had close to ties to Osama bin Laden. Arming the KLA helped Clinton portray himself as a crusader against injustice and shift public attention after his impeachment trial. Clinton was aided by many congressmen eager to portray U.S. bombing as an engine of righteousness. Sen. Joe Lieberman whooped that the United States and the KLA “stand for the same values and principles. Fighting for the KLA is fighting for human rights and American values.”

In early June 1999, the Washington Post reported that “some presidential aides and friends are describing [bombing] Kosovo in Churchillian tones, as Clinton’s ‘finest hour.’” Clinton administration officials justified killing civilians because, it alleged the Serbs were committing genocide in Kosovo. After the bombing ended, no evidence of genocide was found, but Clinton and Britain’s Tony Blair continued boasting as if their war had stopped a new Hitler in his tracks.

In a speech to American troops in a Thanksgiving 1999 visit, Clinton declared that the Kosovar children “love the United States … because we gave them their freedom back.” Perhaps Clinton saw freedom as nothing more than being tyrannized by people of the same ethnicity. As the Serbs were driven out of Kosovo, Kosovar Albanians became increasingly oppressed by the KLA, which ignored its commitment to disarm. The Los Angeles Times reported on November 20, 1999,

As a postwar power struggle heats up in Kosovo Albanian politics, extremists are trying to silence moderate leaders with a terror campaign of kidnappings, beatings, bombings, and at least one killing. The intensified attacks against members of the moderate Democratic League of Kosovo, or LDK, have raised concerns that radical ethnic Albanians are turning against their own out of fear of losing power in a democratic Kosovo.

American and NATO forces stood by as the KLA resumed its ethnic cleansing, slaughtering Serbian civilians, bombing Serbian churches, and oppressing non-Muslims. Almost a quarter million Serbs, Gypsies, Jews, and other minorities fled Kosovo after Clinton promised to protect them. In March 2000 renewed fighting broke out when the KLA launched attacks into Serbia, trying to seize territory that it claimed historically belonged to ethnic Albanians. UN Human Rights Envoy Jiri Dienstbier reported that “the [NATO] bombing hasn’t solved any problems. It only multiplied the existing problems and created new ones. The Yugoslav economy was destroyed. Kosovo is destroyed. There are hundreds of thousands of people unemployed now.”

Prior to the NATO bombing, American citizens had no responsibility for atrocities committed by either Serbs or ethnic Albanians. However, after American planes bombed much of Serbia into rubble to drive the Serbian military out of Kosovo, Clinton effectively made the United States responsible for the safety of the remaining Serbs in Kosovo. That was equivalent to forcibly disarming a group of people, and then standing by, whistling and looking at the ground, while they are slaughtered. Since the United States promised to bring peace to Kosovo, Clinton bears some responsibility for every burnt church, every murdered Serbian grandmother, every new refugee column streaming north out of Kosovo. Despite those problems, Clinton bragged at a December 8, 1999, press conference that he was “very, very proud” of what the United States had done in Kosovo.

I had a chapter on the Serbian bombing campaign titled “Moralizing with Cluster Bombs” in Feeling Your Pain: The Explosion and Abuse of Government Power in the Clinton–Gore Years (St. Martin’s Press, 2000), which sufficed to spur at least one or two reviewers to attack the book. Norman Provizer, the director of the Golda Meir Center for Political Leadership, scoffed in the Denver Rocky Mountain News, “Bovard chastises Clinton for an illegal, undeclared war in Kosovo without ever bothering to mention that, during the entire run of American history, there have been but four official declarations of war by Congress.”

As the chaotic situation in post-war Kosovo became stark, it was easier to work in jibes against the debacle. In an October 2002 USA Today article (“Moral High Ground Not Won on Battlefield“) bashing the Bush administration’s push for war against Iraq, I pointed out, “A desire to spread freedom does not automatically confer a license to kill…. Operation Allied Force in 1999 bombed Belgrade, Yugoslavia, into submission purportedly to liberate Kosovo. Though Serbian leader Slobodan Milosevic raised the white flag, ethnic cleansing continued — with the minority Serbs being slaughtered and their churches burned to the ground in the same way the Serbs previously oppressed the ethnic Albanians.”

In a 2011 review for The American Conservative, I scoffed, “After NATO planes killed hundreds if not thousands of Serb and ethnic Albanian civilians, Bill Clinton could pirouette as a savior. Once the bombing ended, many of the Serbs remaining in Kosovo were slaughtered and their churches burned to the ground. NATO’s ‘peace’ produced a quarter million Serbian, Jewish, and Gypsy refugees.”

In 2014, a European Union task force confirmed that the ruthless cabal that Clinton empowered by bombing Serbia committed atrocities that included murdering persons to extract and sell their kidneys, livers, and other body parts. Clint Williamson, the chief prosecutor of a special European Union task force, declared in 2014 that senior members of the Kosovo Liberation Army (KLA) had engaged in “unlawful killings, abductions, enforced disappearances, illegal detentions in camps in Kosovo and Albania, sexual violence, forced displacements of individuals from their homes and communities, and desecration and destruction of churches and other religious sites.”

The New York Times reported that the trials of Kosovo body snatchers may be stymied by cover-ups and stonewalling: “Past investigations of reports of organ trafficking in Kosovo have been undermined by witnesses’ fears of testifying in a small country where clan ties run deep and former members of the KLA are still feted as heroes. Former leaders of the KLA occupy high posts in the government.” American politicians almost entirely ignored the scandal. Vice President Joe Biden hailed former KLA leader and Kosovo Prime Minister Hashim Thaci in 2010 as “the George Washington of Kosovo.” A few months later, a Council of Europe investigative report tagged Thaci as an accomplice to the body-trafficking operation.

Clinton’s war on Serbia opened a Pandora’s box from which the world still suffers. Because politicians and pundits portrayed that war as a moral triumph, it was easier for subsequent presidents to portray U.S. bombing as the self-evident triumph of good over evil. Honest assessments of wrongful killings remain few and far between in media coverage.

This article was originally published in the July 2019 edition of Future of Freedom.