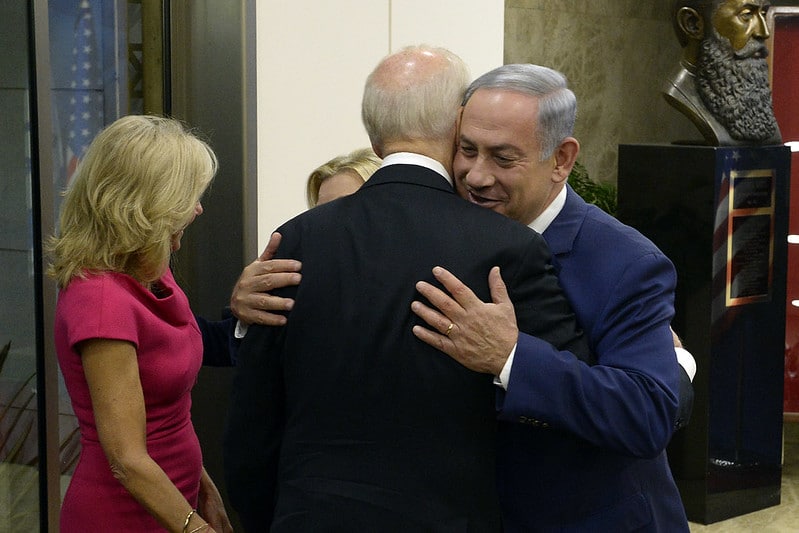 A report from The Washington Post revealed that the Biden administration approved a $735 million arms sale to Israel. Congress was officially notified of the sale on May 5th, less than one week before Israel began its latest bombing campaign in Gaza, which, so far, has taken the lives of over 200 Palestinians, including over 60 children.

A congressional aide told The Hill that the bulk of the $735 million deal is for Boeing-made Joint Direct Attack Munitions, which can convert unguided bombs into precision-guided munitions.

U.S. arms sales and military aid to Israel are nothing new, but the bombing campaign in Gaza is drawing more attention to this deal. There’s no chance Congress would move to block the sale, but some House Democrats are raising questions about leveraging such sales.

In light of the news, Rep. Ilhan Omar released a statement condemning the planned sale. “It would be appalling for the Biden Administration to go through with $735 million in precision-guided weaponry to Netanyahu without any strings attached in the wake of escalating violence and attacks on civilians. If this goes through this will be seen as a green light for continued escalation and will undercut any attempts at brokering a ceasefire,” Omar said.

While Omar is taking a strong stance against the sale, and other Democrats are voicing their concern, the view represents a super-minority in Congress, as most U.S. lawmakers staunchly support Israel. Progressives have called for the US to leverage military aid to Israel, and legislation has been introduced that would require more oversight concerning assistance to Israel, but these efforts have little support.

The Biden administration appears to have little interest in pressuring Israel to stop bombing Gaza. Within the past week, the US has blocked three UN Security Council statements calling for a de-escalation.