Biden Requested a $813 Billion Military Budget, Congress Likely to Give Him More

Biden Requested a $813 Billion Military Budget, Congress Likely to Give Him More 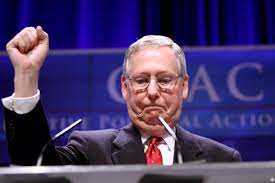 For the 2023 fiscal year, President Biden requested a massive $813 billion military budget, about a 4% increase from the $782 billion that was approved for 2022. But for hawks in Congress, it’s not enough.

Republicans are largely united in their calls for more military spending than what Biden wants. Republican hawks want the military budget to take inflation into account and add real growth on top of that. Last month, inflation reached 7.9%, a 40-year record high.

Enough Democrats are on board with the idea of giving Biden more money than he asked for that Congress is expected to vote in favor of boosting the budget. Rep. Elaine Luria (D-VA), the vice-chair of the House Armed Services Committee, complained about Biden’s proposed military budget, writing on Twitter that “It sucks.”

“If you want to grow the Navy, stop decommissioning more ships than you build,” said Luria, whose district includes Norfolk, Virginia, the home of the world’s largest naval base.

Biden’s $813 billion request includes $773 billion for the Pentagon, and the remaining funds will go toward military spending for other federal agencies, including the Energy Department’s nuclear weapons program.

The Pentagon said it needs the $773 billion to focus on China, which it called the department’s “pacing challenge.” China was also named as the US military’s top “threat” in the 2022 National Defense Strategy, which was recently briefed to Congress.

China is often cited by lawmakers as the main justification to increase military spending. “For the second year in a row, President Biden has submitted to Congress an inadequate defense budget that does not provide the real growth we need to counter China,” Sen. Jim Inhofe (R-OK) and Rep. Mike Rogers (R-AL) said in a statement on the budget request.

If Congress increases the budget, it will be the second year in a row that they give Biden more than he asked for. For the 2022 military budget, Biden requested $753 billion, which was ultimately increased by about $29 billion.