You Can’t “Cheat” a Gang of Thieves

You Can’t “Cheat” a Gang of Thieves 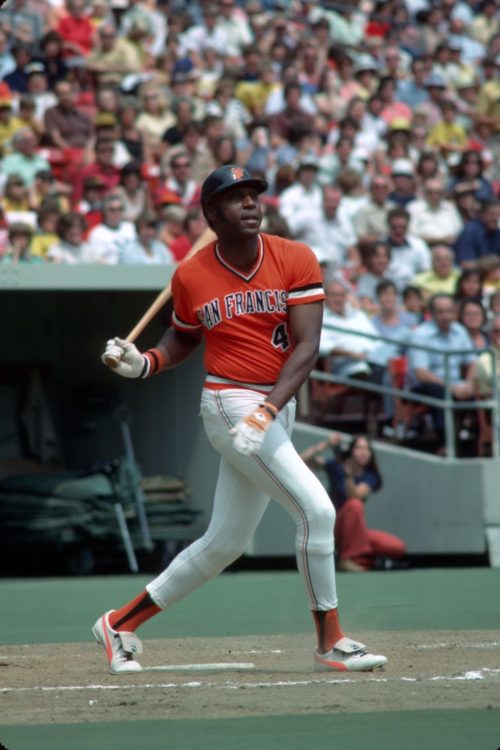 Following a career in which he hit 521 home runs – tying for the number 20 spot on the all-time list with fellow Cooperstown titans Ted Williams and Frank Thomas – McCovey, like many other retired ballplayers, supplemented his income with sales of autographed memorabilia, and he was not fastidious in providing the state’s parasites with a portion of his honorably earned wealth.

Acting with the ruthless hostility toward honest commerce for which they are properly notorious, investigators with the IRS filed tax evasion charges against McCovey. In 1996, he and fellow Hall of Famer Duke Snider pleaded guilty before US District Judge Edward R. Korman in Brooklyn, and were sentenced to two years of probation. They were also hit with a $5,000 fine.

“It’s one of those things that [were] overlooked at the time and I do accept responsibility for it,” declared McCovey at his sentencing hearing. “The only thing I’d like to say is while I’ve always tried to do the right things, I have never willingly tried to cheat the government.”

While his earnestness is obvious and his civic-mindedness commendable, McCovey should not upbraid himself for neglecting to pay every cent demanded of him by government-licensed extortionists. Obama’s whimsical gesture now relieves the baseball immortal of a federal criminal conviction that should never have existed.

McCovey’s contrition, celebrity, and — to be blunt — ethnicity helped him find favor in the eyes of the Divine One. Obama did not extend similar leniency to other so-called tax cheats, such as actor Wesley Snipes or economist Irwin Schiff — the latter of whom died of cancer in prison at the age of 87. Blind, unable to walk, wracked with unremitting pain, deprived of medical treatment and the solace of his family, Schiff was kept shackled to a bed in what can only be described as deliberate torture worthy of the Soviet gulag.

That comparison is somewhat unfair: As former Soviet dissident Vladimir Bukovsky has testified, the KGB guards at Lefortovo Prison who witnessed his torture eventually succumbed to the entreaties of conscience and interceded on his behalf. Prison guards employed in the American soyuz tend to be more dutiful statists than their Soviet antecedents.

Just as McCovey was rewarded for his penitence, Schiff was tortured to death for his defiance. Similar treatment was inflicted on the late George Hansen, a former Idaho Congressman who earned the undying enmity of the State’s revenue-extraction specialists by mounting a quixotic campaign on behalf of tax victims.

After he was convicted of spurious corruption charges in 1985, Hansen was subjected to a month-long ordeal of “Diesel Therapy” — a form of torture in which he was shackled for up to twenty hours a day and forced into stress positions and forced to inhale exhaust fumes. In prison he was forced to work — without protective equipment — in an environment saturated with toxic chemicals and denied medical care.

By taking the side of tax victims, Hansen had made himself a traitor to the political class.

Although his conviction was eventually overturned by the Supreme Court, Hansen, who had been a vigorous, energetic man, never recovered from his fifteen-month stint in prison.

The Regime might make a gesture of regal condescension toward someone like McCovey, but it cannot make concessions to those who present a moral challenge to the system of state terror that the IRS represents.

“More tax is collected by fear and intimidation than by the law,” admitted former IRS District Manager David Patnoe. “People are afraid of the IRS.”

“The language of war and the culture of conflict are the only means to prepare us for what is expected of us,” recalled former IRS revenue officer Richard Yancey in his invaluable memoir Confessions of a Tax Collector. “How else could they” — that is, the commissars whom Yancey and his fellow cadres in the agency dutifully served — “demand what was expected of us? You can’t take [the] life savings [of income tax victims], their car, their paycheck, the roof over their head and the heads of their children, without dehumanizing them, without casting yourself in a role that by necessity makes them the enemy.”

Among those Obama deemed worthy of presidential mercy was the impenitent terrorist Oscar Lopez Rivera, who conspired to kill people and destroy property. In commuting Rivera’s fifty-year sentence, Obama accepted the claim — made on Rivera’s behalf by the Congressional Hispanic Caucus, the Congressional Black Caucus, and other ethnic collectivst lobbies — that he was a “political prisoner.”

That description is more suitable of Irwin Schiff, who was never seriously considered a candidate for a posthumous pardon. The Regime can forgive those who advocate mass murder on behalf of collectivist objectives, but the heresy of “tax resistance” can never be forgiven.