Chilean Lessons for the American People

Chilean Lessons for the American People 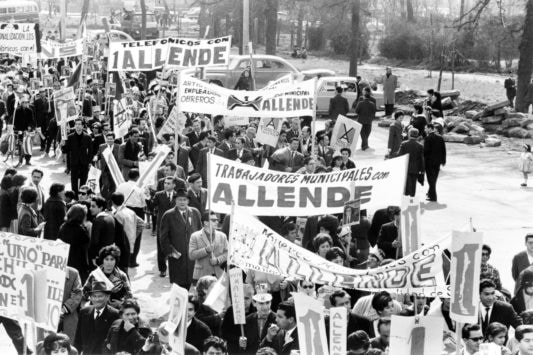 In a nationwide vote, Chilean voters recently rejected a new constitution that was being proposed to them. The rejection was surprising because Chileans had previously voted in favor of having a new constitution to replace the constitution put into place by Chilean military general Augusto Pinochet after he took power in a coup in 1973.

It’s worth revisiting that coup because it provides valuable lessons for the American people.

In 1970, the Chilean people democratically elected a socialist named Salvador Allende to be their president. Allende did not receive a majority of the votes and, therefore, under Chile’s constitution, the election was thrown into the hands of the Chilean congress. Given that Allende had received a plurality of the votes, the congress elected him president.

It’s important to note that Allende’s election took place when the Cold War was still being waged. The Cold War was based on the notion that there was an international communist conspiracy that was supposedly based in Moscow, Russia, whose supposed aim was to place the United States and the rest of the world under communist rule. In fact, in 1970 U.S. military forces were still waging war against the communists in Vietnam, which was resulting in thousands of casualties among U.S. forces.

U.S. officials immediately deemed Allende to be a grave threat to U.S. national security. They decided that he needed to be ousted from office, notwithstanding the fact that he had been democratically elected. Rather than assassinate him, however, they instead settled on having a military coup oust him from office.

One big obstacle was the overall commander of Chile’s armed forces, Gen. Rene Schneider. His position was that Chile’s military-intelligence establishment would not oust Allende from power because the nation’s constitution did not provide for that. Under the Chilean constitution, the nation’s president could only be ousted by impeachment or by election.

In a conspiracy based in Virginia and Washington, the CIA removed Schneider from power by orchestrating his kidnapping and assassination on the streets of Santiago. The CIA then began laying the groundwork for a coup by fomenting economic chaos within the country. As President Nixon put it to the CIA, “Make the economy scream.”

For the next three years, the Chilean national-security establishment and Allende were at war with each other, just as the U.S. national-security establishment and President Kennedy went to war against each other after the Bay of Pigs disaster and after Kennedy’s resolution of the Cuban Missile Crisis. (See my newest book An Encounter with Evil: The Abraham Zapruder Story as well as FFF’s book JFK’s War with the National-Security Establishment: Why Kennedy Was Assassinated.)

Finally, in 1973, the war between Allende and the military-intelligence establishment went violent. The military surrounded the national palace, where Allende and other members of the executive branch were situated, and attempted to assassinate him with missiles fired from fighter jets and bullets fired from high-powered rifles by ground troops.

Allende and a few of his comrades fought back but they were no match against the overwhelming power of the national-security branch of the government. At the end of the battle, Allende was dead and replaced by Gen. Pinochet, whose national-security forces proceeded to round up some 60,000 supporters of Allende, and torture, rape, disappear, execute, or reeducate them.

All of this was done with the full support of the Pentagon and the CIA, both of whom had agents in Chile during the coup. After the round-ups, rapes, torture, executions, and reeducation commenced, U.S. officials flooded the Pinochet regime with U.S. taxpayer money to help him out.

There are valuable lessons here for the American people.

First, in any nation that has a national-security type of governmental system, the national-security part of the government will inevitably wield omnipotent power—much more power than the other parts of the government. After Pinochet took power, the legislative and judicial branches remained in existence but deferred to the omnipotent power of the military-intelligence establishment. Of course, that has also been the case here in the United States. (See National Security and Double Government by Michael J. Glennon, professor of law at Tufts University and former counsel for the U.S. Senate Foreign Relations Committee.)

Third, in a crisis in which the nation appears to be threatened by domestic enemies, the national-security establishment will not hesitate to brutally put down such enemies, just as Pinochet and his forces did in Chile. Whether the victims are deemed to be communists, socialists, terrorists, or insurrectionists, the final outcome is not in doubt. That’s what comes with any national-security state.

The conversion of the U.S. government from a limited-government republic to a national-security state after World War II occurred without even the semblance of a constitutional amendment. The question facing the American people is the same as that facing the Chilean people: Would Americans be better off restoring their founding system of a limited-government republic and, in the process, ditching their national-security state system of government?