Do people have a right to go wherever they want and for whatever reason they like? Certainly not. I have no right to use or occupy your rightful property without your permission. And the same applies for you and everyone with my property.

Do people have a right to migrate to whatever part of the world they please? They certainly do. If they don’t violate the life and property of another person, nobody has a right to limit theirs.

It should be easy to combine these two statements into one: my liberty ends where your liberty begins. Or: it is everyone’s right to not be coerced or aggressed upon. Or even: everyone has a right to be left alone on their property if they so wish.

But, unfortunately, even such simple, unambiguous statements tend to be both confused and confusing when the issue is migration. Part of the reason for is that we have emotional attachments to things that aren’t ours, such as the structure, ethics, culture, and perception of the society that we are embedded in. Part of it is that much of what relates to migration, including both its causes and implications, is a matter of policy. And, of course, part of it is also the existence of the State, including its impact on property both in the past and present, which always muddles the waters with respect to people’s rights and liberties.

From the perspective of individual rights, migration is not even an issue. People move about practically daily and all over the world: we travel to work and back; we go on road trips and vacation in foreign countries; we move to the other side of town or another state for a job or opportunity; we expatriate in pursuit of opportunities for ourselves and our families.

None of this is problematic and we largely take these things for granted. But it is also not free: without sufficient purchasing power, we are not able to afford to travel wherever and whenever we want. Or quit our jobs and live the rest of our lives on a paradise island somewhere.

On the other hand, opportunities arise in all kinds of places so it could very well be that we cannot afford not to move far away to pursue them.

In the end, what it comes down to is a personal valuation of the alternatives. For most, a great opportunity far away is not worth pursuing because it requires leaving people, customs, and familiar ways of life behind. That’s not for everyone. For others, sometimes many, the promise of the faraway opportunity is simply too good to let go.

But there are also arbitrary limitations imposed on us and our ability to move around. Passports and visa requirements, for example. Those are rights violations imposed by the State. The passport is your domestic State’s permission slip to leave and travel abroad and the visa is the permission slip to enter a territory controlled by another State.

Rights are always individual rights. There are no collective rights for the simple reason that those collectives comprise of individuals and individuals coming together don’t automagically gain more rights just because they are together. Not to mention that any right that the group supposedly has, but that the individuals do not have, is necessarily a violation of the individual’s rights.

Individuals can of course choose to associate or disassociate with others. They can also organize in formal groups that, through for example voluntary contracting or tacit understanding, choose to distance themselves from or exclude others – or limit who may join and who may not. But there is a difference between forming and upholding groups of individuals, even if they choose to share property or make it communally administrated, and superimposing groupness onto individuals.

I do not mean groupness as merely a matter of using descriptions. I am, for example, of Swedish origin and live in Tulsa, OK. You could say that I am part of the “Swedish community in Tulsa,” but it is only true in the descriptive sense (as a native Swede living in Tulsa). But I am not part or member of any type of community in Tulsa, Swedish or otherwise. It would likewise be true to say that I’m part of the 6’3”-and-taller community or the immigrant community, both which again are accurate – but as descriptions only. (I am indeed a tall Swedish immigrant in Tulsa.)

An actual community or group requires more than a mere description. You do not form a community by saying it – and you certainly do not form a community by a third party saying it (such as someone in New England making statements about “Oklahomans”) – regardless of how formal the pronouncement may appear (such as the State pronouncing who is a “citizen” and who is not, who has paid enough taxes and who has not, etc.).

There must be voluntary individual and mutual commitment by the individuals to make a community. And there must also be some form of discriminating rule by which to distinguish members from non-members. The latter largely requires the former: unless the individuals who choose to form a group dedicate property toward the group’s ends, the group isn’t much at all.

Needless to say, the commitment of property, effort, time, etc. toward the group’s ends needs to be voluntary and of justly owned property. Which leads us to the issue of the State.

Migration and the State

The State creates a group in the same sense that an attacker or thief does: it imposes its will on them by harming them and violating their individual rights. While the victims have their victimhood in common, this is a only description of what happened to them and insufficient to make them a community. But they can of course, building on their shared experiences and suffering, choose to form a group or community to support their own healing, prosecute or take revenge on the perpetrator, inform the world about the heinous crime committed, etc. The difference between the former and the latter should be clear.

The same applies to all violators of rights, including the greatest perpetrator of crime of all time: the State. Victims of the State can certainly form groups (such as taxpayer unions, political parties, secession movements, etc.) and they are free to do so (but the State might disagree). Merely being a victim of the State does not make you a member of a group, however – it only makes you a victim.

It is also a mistake to assume that a State’s violations of rights are limited to those who it permits to reside within the boundaries of its controlled territory. Certainly, the State focuses its aggression “at home” and directed toward its subjects. But few States are tyrants at home while letting the subjects of other States off the hook. Visa requirements and trade restrictions (tariffs, quotas, taxes, licensing requirements, etc.) are examples of violations of rights that go well beyond the State’s own subjects. Victimhood is not limited to the territorial claims of the State.

We already mentioned above that passports and visa requirements limit how, when, and where people can travel. These restrictions apply to crossing that invisible line that the State recognizes as the boundary of its territory. It matters not which in direction you intend (or try) to travel. Without the documentation required by the State, you are not allowed to cross. (Enforcement certainly varies, but try to enter “your” country without a passport and you’ll see how much your citizenship and/or residency matter…)

Does this mean that anyone and everyone should, from the perspective of rights, be allowed to enter a country at will? Yes, it certainly does. Merely moving from one point to the other is not a violation of rights. It makes no difference if you move across the street, to the other side of town, or across an arbitrary line upheld by a criminal.

Being different from the majority or the norm is also not a rights violation.

But trampling on another’s property without permission certainly is. As is forcing one’s way into a community that wishes to exclude you. But for that to be the case an actual group must be formed. It is not enough to appeal to some generic descriptor, without buy-in from those who fit that very description. That’s just stating your opinion. Worse: it’s stating your opinion and suggesting that it implies a group of you and (many) others – whether or not they know it or agree with it. It’s a strange group that consists of “members” with no buy-in or voluntary commitment and where they neither need to know about nor agree with their assigned membership. In fact, that sounds close to a rights violation in itself.

This article was originally published by the Mises Institute and is republished with permission. 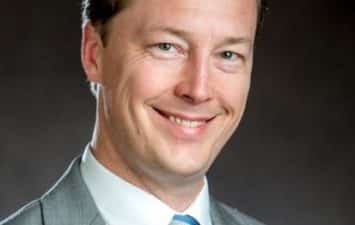