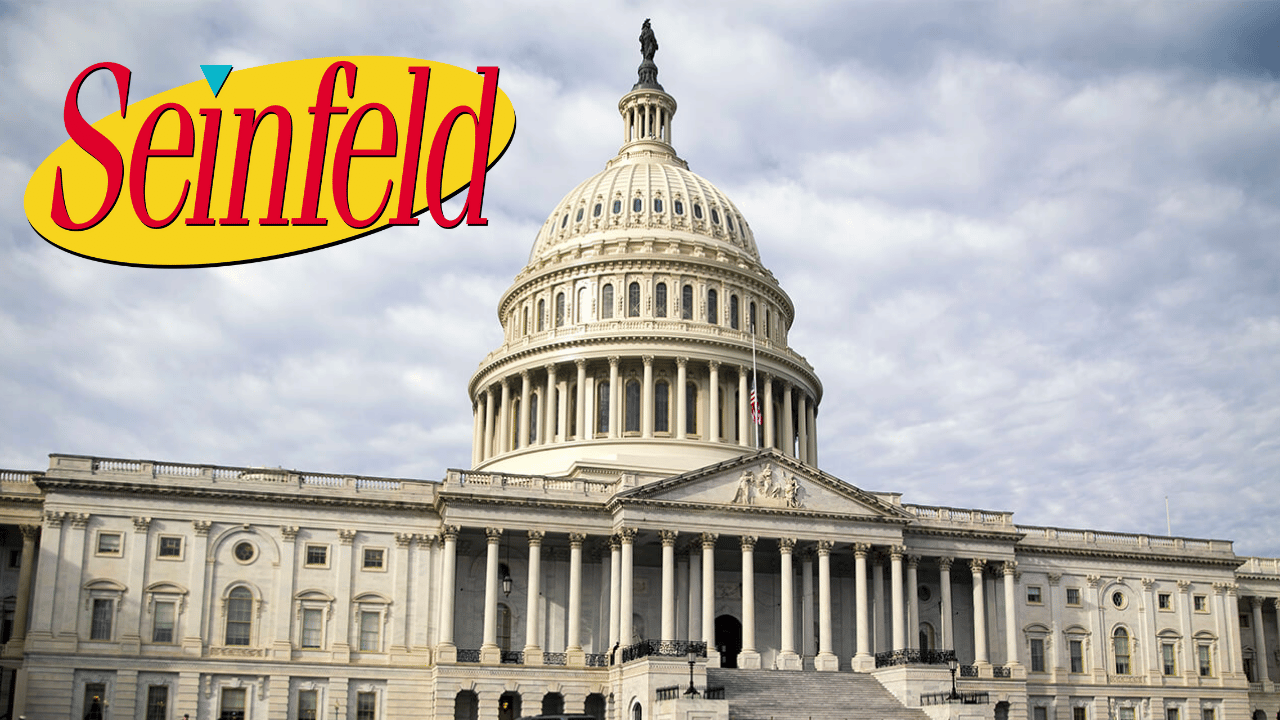 Congress. Seinfeld. Both offer amusing forms of entertainment, one being about nothing and the other starring people that know nothing.  The entertainment value of watching Congress is that their intentions and the effects of their actions are frequently 180 degrees from each other. Kind of like that Seinfeld episode where George Costanza decides to do the exact opposite of his instincts.  For example, he insulted the owner of the New York Yankees during an interview, yet he got the job.  Unfortunately, America is not a Seinfeld episode and such legislative failures can cause devastating effects and unintended consequences to those legislation seeks to protect.

The most famous recent example of this is the Affordable Care Act (Obamacare), which exponentially increased health care costs, thus pricing many employers, small businesses, and individuals out of the market.

A current example is the American Innovation and Choice Act (S. 2992), introduced by Sen. Amy Klobuchar (D-Minn.). The bill, which was recently marked-up by the Senate Judiciary Committee, purports to limit the power of Big Tech firms by, among other things, forbidding “dominant” firms from requiring affiliated businesses to use other services offered by the businesses.

Yadda yadda yadda, S. 2992 forces Amazon to allow businesses to offer the products through Amazon Prime without using Amazon’s warehouse and shipment services. This requirement assures Prime customers that they will receive the same quality delivery services when they order from a third-party Prime vendor like when they buy a product sold directly by Amazon. This ban on tying third-party vendors to Amazon’s warehousing and shipping services dilutes the value of Prime membership to consumers. Amazon could still offer two-day shipping, but they would have to pay for the costs themselves or trust that their third-party vendors will find ways to offer the same guaranteed delivery as Amazon’s in-house shipping services. Either way, the result of this bill will dilute the value of the Prime designation for both Amazon and its millions of online shoppers.

Even if Amazon continued to offer Prime membership, S. 2292 may still forbid Amazon from allowing third party vendors to display the Prime badge. This is because Section One of the bill forbids “dominant” companies from unfairly favoring their “…own products, services, or line of business over those of another businesses…” Allowing some third-party vendors who have agreed to AMAZON’s conditions for Prime membership could be considered “unfair” to non-Prime business. This could also stop Amazon from offering some products if a third-party vendor convinces a judge that Amazon is treating it unfairly by offering the same product through Prime.

By limiting the ability for small businesses to access one of the most popular platforms on the world’s leading Internet retailer, this bill reduces the ability of entrepreneurs to reach consumers with innovative goods and services.

As a penalty, companies that violate the law will have to pay the US government 15% of their revenue generated domestically. If a company is found to have engaged in a “pattern or practice” of violations, the company’s Chief Executive Officer and “any other officer deemed appropriate to deter violations” of the act could be forced to give a year’s salary to the United States Treasury. These draconian penalties ensure most online businesses will go further than the law requires to avoid finding themselves in the federal government’s crosshairs.

Meanwhile, the prospect of capturing that new revenue for the Treasury will put pressure on prosecutors to jump on as many cases as possible. S. 2992 would deny consumers the benefits of Amazon Prime and other online shopping services. It would also limit the ability of small businesses to use popular online platforms to reach new consumers. It would also impose high penalties on companies, unleashing revenue-hungry – Profit Motive Driven – prosecutors on their successful Internet business.

Furthermore, this bill will not address conservatives’ concerns about Facebook, Twitter, and other Big Tech companies – who from their point of view have gone from mere companies to non-state actors hellbent on world domination.

Therefore – regardless of one’s opinion of Big Tech’s political agendas – this bill should be rejected by all Americans.  It inhibits a naturally free market and denies consumers access to the convenience we all take for granted at this point. This is the kind of legislation that seems tailor-made for an end of the year Festivus airing of grievances.