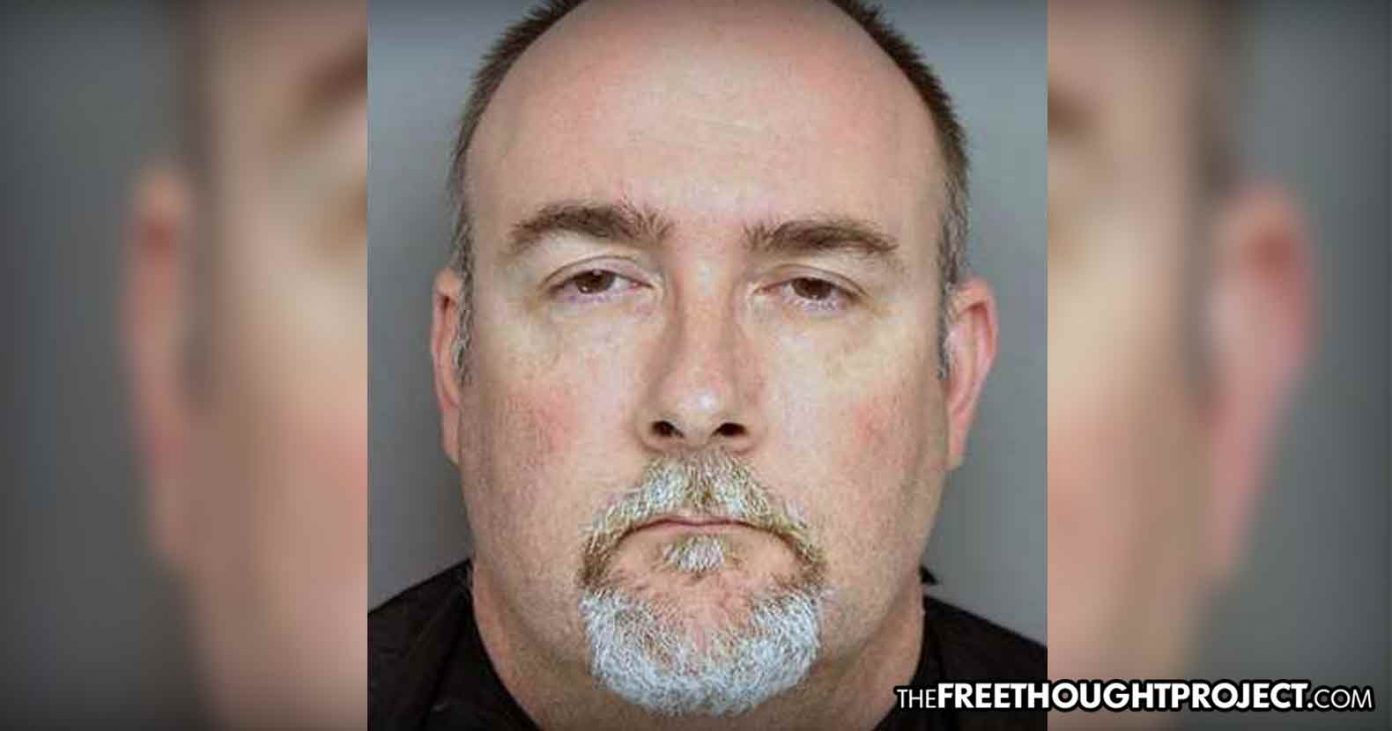 Greenville, SC — This week, a Bob Jones University Police Department officer was arrested and taken to jail for the repeated rape of a mentally challenged woman—over the course of three years.

Deputies with the Greenville County Sheriff’s Office arrested officer Darren Thomas Wesley, 51, on Tuesday and charged him with multiple criminal sexual conduct charges. According to investigators, they received a tip that Wesley had been victimizing the mentally challenged woman so they launched an investigation last month.

According to that investigation, the reason the abuse was allowed to go on for so long is due to Wesley threatening the woman if she told on him. According to investigators, Wesley told the woman that if she resisted his rape or told anyone about it, then her family would be destroyed. Police say this “caused serious psychological harm to the victim.”

Investigators said the incidents did not occur on the Bob Jones University campus and they have not received information that any students or faculty were involved.

Wesley, who has been a police officer at BJU for 18 years, was fired on Tuesday over the incident.

The disgraced officer is currently being held in the Greenville County Detention Center with bond set t $90,000.

When a police officer betrays the badge by preying on the ones they are sworn to serve, something has gone horribly wrong. And, unfortunately, it happens all the time.

Just this week, TFTP reported on another cop who raped a vulnerable person, who happened to be a child.

A former officer with the LAPD pleaded guilty on Friday to raping a 13-year-old girl. The girl was the the daughter of his good friend—who is also a fellow cop.

Kenneth Collard, 52, pleaded guilty to two counts of lewd act upon a child in the April 4, 2018 attack, during which he was still employed as a police officer, the Los Angeles County District Attorney’s Office said in a news release. He is expected to be sentenced to 5 years behind bars.

Incidents like this one are anything but isolated and serve to illustrate a major problem within American law enforcement. Police officer sexual misconduct is plaguing departments from coast to coast.

According to a report from WaPo, in cases involving allegations of sexual abuse, 72 percent of the officers were fired, and more than 80 percent resulted in convictions, the study found. There were 422 reported cases of forcible and statutory rape, 352 cases of forcible fondling and 94 sodomy cases over the seven years of the study, which Stinson called “larger than expected based on the existing research.” The data search turned up 174 examples of male officers arrested in cases of “Driving While Female,” in which women drivers were harassed or assaulted. About 82 percent of those cases ended in convictions.

A separate study as reported by the AP in 2015 found similarly shocking numbers.

The probe revealed that 550 officers were decertified for various sexual assaults, including rape. Some were dismissed for sodomy or sexual shakedowns, where victims were forced to perform sexual acts to avoid arrest.

A further 440 officers lost their jobs for other sex-related offenses, such as possessing child pornography, being a peeping Tom, sending sexually charged messages to underage teens or having sex while on duty.

About one-third of the officers lost their jobs for committing sexual offenses with juveniles.

Another independent study found that sexual misconduct is the second highest of all complaints nationwide against police officers, representing 9.3 percent in 2010, according to a study by the Cato Institute’s National Police Misconduct Reporting Project.

In 2010, 354 of the 618 complaints involved nonconsensual sexual acts, and over half of those involved were minors.

Perhaps the most chilling aspect of police sexual misconduct is the likelihood of under-reporting. As the case of the NYPD cops intimidating the rape victim shows, police officers stand up for their own—even if it means protecting a rapist. When a person becomes a victim of police sex crimes, how can they be expected to go to the very people who employ their abuser and report it — especially given the fact that it is well known police will go to great lengths to protect their own.

“It’s happening probably in every law enforcement agency across the country,” said Chief Bernadette DiPino of the Sarasota Police Department in Florida, who helped study the problem for the International Association of Chiefs of Police. “It’s so underreported and people are scared that if they call and complain about a police officer, they think every other police officer is going to be then out to get them.”