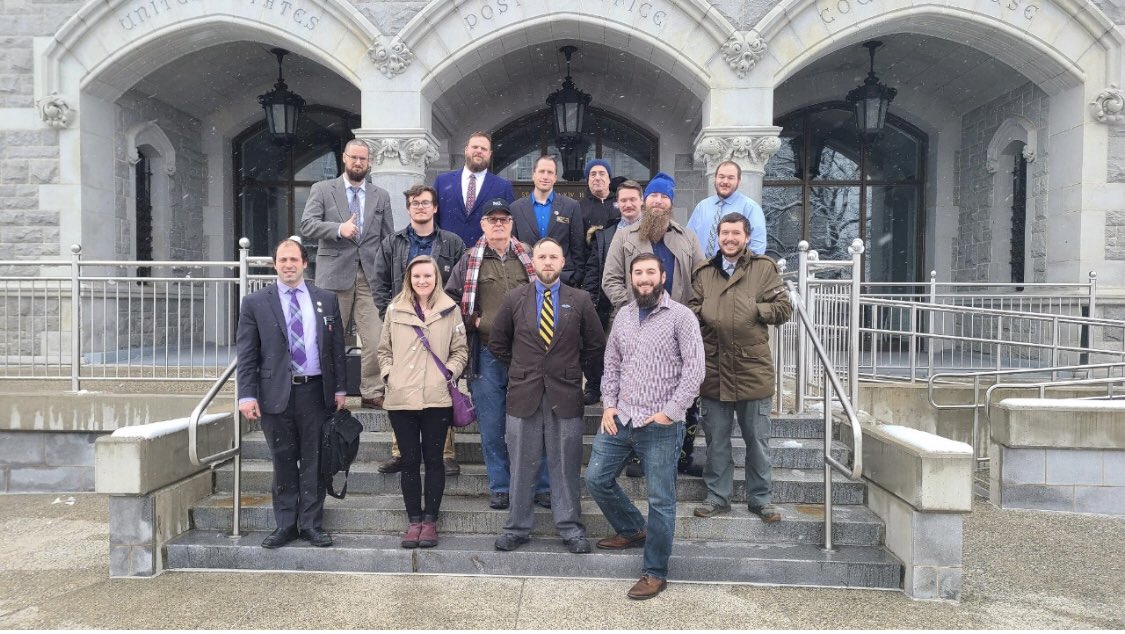 “I didn’t know a lot about the Guard problem until I got involved in this, and the folks from Bring Our Troops Home sent me this very, extremely informative booklet on defending the Guard. And it’s now called the Defend the Guard bill.”

That’s how State Rep. John Potucek, a ret. U.S. Air Force staff sergeant and Vietnam veteran, introduced H.B. 229 at a hearing in front of the New Hampshire House of Representatives. The Defend the Guard Act would keep our National Guard out of unconstitutional wars and restore accountability over war and peace to our government.

We’re grateful for the credit. Bring Our Troops Home is the only organization in the country that works with legislators on Defend the Guard bills, prepares for committee hearings, and gathers testimonials from veterans.

That’s where all of your contributions go. When you become a member of our supporters’ group, the Ten Seven Club, your dollars go to getting bill numbers, finding co-sponsors, and making a show of force in front of committees.

That’s exactly what we did in New Hampshire.

Fourteen people testified in favor of H.B. 229. Six of them were members of the New Hampshire House of Representatives. And the amazing thing was, not all of them are bill sponsors. But they felt compelled in their hearts to show up—unprompted—and speak in favor of Defend the Guard.

Ten of them have served in either National Guard or some branch of the U.S. Armed Forces. A majority of them have seen combat firsthand. They showed up because soldiers, more than anyone, understand the oath we take to protect and defend the Constitution of the United States. We put our lives at risk for the country we love.

So when we see politicians and desk-job generals breaking the law, subverting our representative government, and flippantly risking the lives of our brothers and sisters in uniform…well, that doesn’t sit right with us.

We had a lot of great testimonials in the Granite State. Each person gave their reasons for being there, why Defend the Guard was so important to pass, and the argument that most resonated with them. You can watch the entire hearing yourself on our YouTube channel.

I’d like to quote from one person specifically, Mr. Joshua Holmes. He told the House committee:

“I was born and raised in Manchester [New Hampshire]. I enlisted in the Army when I was 18. I fought in Iraq when I was 19, and again when I was 21. I have watched American soldiers bleed to death while our medics worked on them. I have been a first responder to a mass casualty suicide bombing at an Iraqi police station. I have personally been in a vehicle that was hit by a suicide car bomb and was saved by the grace of God and heavy armor. If we are going to ask our young men and women to give their lives in service of our Constitution, we have to follow it, or else you should drop the pretense.”

That was his entire testimony. He didn’t need to say more than that.

I believe that’s a perfect encapsulation of the Bring Our Troops Home mission.

We are veterans of the Global War on Terror who saw the direct impact of our country’s criminal wars of choice.

And we demand that our Constitution be followed, or discarded by the DC empire. At least then they’ll stop disrespecting our oath, and be honest enough to say they wage these endless wars for their own profit and power.

More than ever, I believe Defend the Guard is how we accomplish our goals.

We’re only three weeks into the new year. New Hampshire was only the first hearing of 2023.

We have a lot more states coming up. My team has already started laying the groundwork in states like Texas, Maine, Arizona, Idaho, and North Carolina. The committee hearing for Wyoming’s Defend the Guard Act (S.B. 119) is right around the corner.

I want each time Defend the Guard gets the spotlight to be as successful as New Hampshire was.

I want dozens of witness testimonies, from local legislators to concerned citizens to courageous veterans.

To get involved in the Defend the Guard movement, visit DefendTheGuard.US. See whether your state has a bill sponsor yet, and sign up there to learn more and begin receiving our excellent, informational newsletter.

Bring Our Troops Home has big plans for the new year. And they start with you getting involved.