DHS to Tell States How to Implement REAL ID Requirements

DHS to Tell States How to Implement REAL ID Requirements 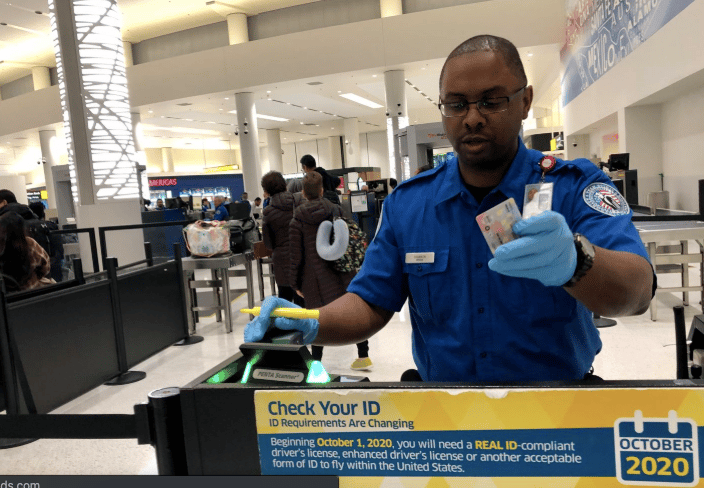 The U.S. Department of Homeland Security (DHS) is graciously willing to instruct states on how to implement plans to enforce the REAL ID statute requirements that go into force on October 2020.

One of the suggestions being offered to states is the creation of online applications for state-issued, REAL ID-compliant identification, specifically drivers licenses.

“Allowing online applications would help expedite services at state departments of motor vehicles that are experiencing long lines and wait times as they scramble to issue millions of new drivers’ licenses and ID cards that conform with the sweeping federal law that tightens security requirements for state-issued identification,” the Washington Post reports.

As I reported in an earlier article on the looming REAL ID deadline:

For those of you who’ve forgotten what REAL ID is, here’s DHS’s definition: Passed by Congress in 2005, the REAL ID Act enacted the 9/11 Commission’s recommendation that the Federal Government “set standards for the issuance of sources of identification, such as driver’s licenses.” The Act established minimum security standards for state-issued driver’s licenses and identification cards and prohibits Federal agencies from accepting for official purposes licenses and identification cards from states that do not meet these standards.

Constitutionalists will immediately recognize the real problems with REAL ID.

First, the federal government has no authority to mandate such national identification documents. This federal overreach is such an obvious act of usurpation that all state legislators should stand shoulder-to-shoulder in their resistance to such despotic designs. Sadly, few did and we are approaching the day when all the debates will stop, and if anyone wants to travel on an airplane, he must have REAL ID-compliant identification or he will be denied boarding.

Next, there is another aspect of the federal REAL ID program that is perhaps more pernicious than the requirement of carrying paper’s proving you have the government’s permission to travel. This threat to liberty comes through the connection of REAL ID to the growing federal surveillance apparatus.

As reported by the American Institute for Economic Research (AIER):

The Real ID also represents the “last mile” in the ability of the state to track individuals in real time. With various electronic, social media, and cellphone tracking measures, there is always a delay; and one can choose not to use social media, not to own a cellphone, and opt into other methods of extricating oneself from the prying eyes of the NSA or other government agencies. But the Real ID — in particular, coupled with biometrics — fulfills Orwellian conceptions of the total surveillance state.

The REAL ID Act was purportedly passed in order to “prevent terrorist entry” into the United States, as part of a larger legislative reaction to September 11, 2001.

If a reader would like to discover the despotism latent in this “law,” it is illustrative to read the text of the act.

Section 103 (A)(i)(II) asserts that, with regard to a person attempting to enter the United States if “a consular officer, the Attorney General, or the Secretary of Homeland Security knows, or has reasonable ground to believe, is engaged in or is likely to engage after entry in any terrorist activity” then that person may be denied entry.

The determination of whether someone falls within the definition of this section is left up to several unelected federal bureaucrats. That’s hardly the republican form of government the states believed they were forming by ratifying the U.S. Constitution in 1788-1789.

Subsection (b) of the same section (103) grants an even greater expanse of authority to these appointed executive branch functionaries.

For example, one or more of the bureaucrats listed may decide what qualifies as a “terrorist” act, whether a person is “engaged” in such an act or planning such an act, and whether the person should be removed.

One of the factors contributing to the potential for terroristic activity is a person who “has received military-type training.”

Given the red flagging of veterans who’ve sought help for PTSD and other mental distress brought on by being unconstitutionally deployed in one senseless combat mission after another, the insult to veterans is compounded by viewing their military training as a potential qualifier for being branded a “terrorist.”

Finally, let’s look at the scope and purpose of that part of the REAL ID act that ostensibly requires states to issue identification that complies with the federal “law.”

Section 201 states that the approved IDs will be required for “accessing Federal facilities, boarding federally regulated commercial aircraft, entering nuclear power plants, and any other purposes that the Secretary shall determine.”

There it is again. An act of Congress signed into “law” by then-President George W. Bush that claims to grant to one unelected bureaucrat the power to decide the purpose for which a READ ID-compliant identification will be required.

Notice, that if the limited powers of the U.S. Constitution were enforced there would be very few “federal facilities” or “federally regulated” activities.

That’s the secret, you see.

Upon joining the union proposed by the Constitution drafted in Philadelphia in 1787, states believed they were maintaining their sovereignty, parting only with the powers specifically enumerated in the seven articles of that document.

In a “catechism” prepared for her nieces and nephews, Maria Pinckney, the eldest daughter of Charles Cotesworth Pinckney (a delegate from South Carolina to the Constitutional Convention of 1787) set out succinctly the states’ intent and understanding upon ratifying the Constitution:

The individuality and sovereign personality of the States was not at all impaired. The States agreed, by the Constitution, that they would unite in exerting their powers, therein specified and defined, for the purpose and objects therein designated, and through the agency of the machinery therein created; but the power exercised by the functionaries of the General Government, is not inherent in them, but in the States whose agents they are. The Constitution is their Power of Attorney, to do certain acts; and contains, connected with their authority to act, their letter of instruction, as to the manner in which they shall act. They are the Servants. The power which gives validity to their acts is in their Masters — the States.

So, while the secretary of the U.S. Department of Homeland Security is exercising the authority Congress granted him to force states to force their citizens to carry federally approved identification cards, those same citizens need only elect state legislators and executives who understand the proper constitutionally defined relationship between states and the federal government, namely that the latter was created as the agent of the former and has no power to treat the states as subordinates or satraps of the empire.