Did Maryland Police Shoot And Kill A Sleeping Man?

Did Maryland Police Shoot And Kill A Sleeping Man? 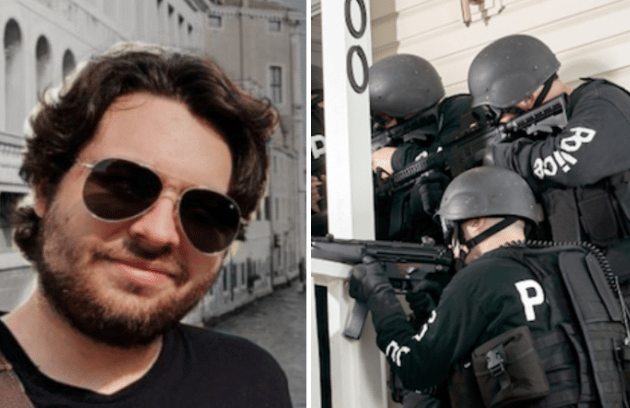 The constitution is dead” was the last tweet ever sent by 21-year-old Duncan Socrates Lemp.  On Thursday morning at 4:30 a.m., a Montgomery County SWAT team killed Lemp during a violent attack on his family’s home in the affluent Washington suburb of Potomac, Maryland.

Why did the SWAT team attack the home as Lemp was sleeping? The initial county police press release referred only to “firearms offenses.” County police spokeswoman Mary Davison refused to disclose either the details of Lemp’s alleged offense or the affidavit used to justify the raid.  Instead, she notified me that my press inquiries were being handled under the Maryland Public Information Act which entitles government agencies to delay responding for weeks or months.

Even the search warrant used to justify the raid is reportedly sealed for 30 days. This Blue Wall of Silence is doing nothing to slow the cascade of allegations on social media that Lemp was murdered.