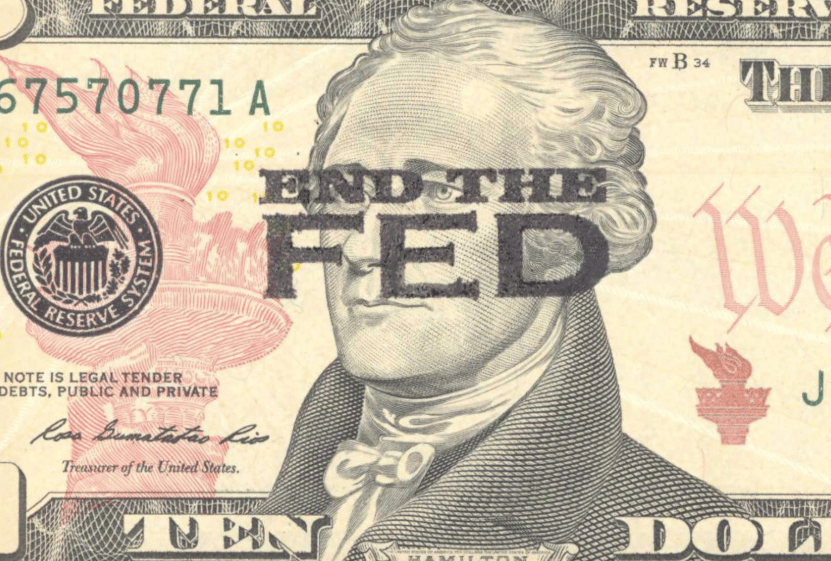 In response to the potential economic downturn in the economy arising from the spread of the Coronavirus, the Federal Reserve dropped the federal funds rate by half a point — to a range of 1% to 1.25%. Ironically, after the Fed’s announcement, the stock market dropped 786 points or 2.9%.

The Fed’s aim is to stimulate economic activity. By lowering interest rates, the idea is to get businesses to expand operations with more loans and to get consumers to go deeper into debt by purchasing more items.

The result of the Fed’s artificial economic “boost” will be the same as it has been since the Fed was established in 1913: a bubble of malinvestment and consumer loan defaults that will end up plunging the country in a bubble-bursting recession or even depression.

That’s because genuine prosperity in a country cannot be generated by central bank manipulations. If that were the case, every country on earth would be characterized by ever-growing standards of living. In fact, a central bank does the exact opposite — it lowers a nation’s standard of living through its artificial manipulations of interest rates and its expansion and contraction of the money supply.

The never-ending cycle of monetary crises and chaos shouldn’t surprise anyone. The Federal Reserve is a socialist institution, in that it is based on the socialist concept of central planning. A central bank consists of a board of government commissars who have the responsibility of planning the monetary affairs of hundreds of millions of people.

It cannot be done. Socialism is an inherently defective economic system. It produces monetary crises and chaos, which is what we have seen in  the United States since the Fed was established in 1913.

The United States once had the finest monetary system in the world, one based on gold coins and silver coins. That was the system the Constitution brought into existence. The Constitution expressly states that the federal government would possess the power to coin money, not print it. It also expressly states that no state shall make anything but gold and silver coins legal tender.

As Milton Friedman and the Austrian school of economic thought have shown, the Fed’s manipulations produced the 1929 stock market crash, which U.S. officials falsely blamed on “free enterprise” rather than on the Fed. That led to the Great Depression, which President Franklin Roosevelt used as the excuse for converting America’s gold-coin, silver-coin system to one based on irredeemable Federal Reserve paper notes.

The FDR regime made it felony for any American to possess gold coins. Everyone was required to deliver his gold coins to the U.S. government, which gave people irredeemable paper promissory notes in exchange, which FDR then quickly devalued, wiping out a large portion of peoples savings.

It’s worth mentioning that the FDR regime nationalized gold without even the semblance of a constitutional amendment.

Then, decade after decade, the Fed inflated the paper money supply to finance the ever-burgeoning expenses of the U.S. welfare-warfare state that came into existence in the FDR regime. At the same time, the Fed continued its monetary manipulations as part of its efforts to “plan” economic growth.

The result has been nothing but a series of monetary crises and chaos. Booms and busts, bubbles and bursting bubbles. And a never-ending devaluation of people’s money, to such an extent that silver coins, which FDR, for some reason, had not made a felony to possess, were ultimately driven out of circulation by all the bad money that the Fed was flooding into the economy every decade since 1913.

Nonetheless, many Americans have come to believe that the Fed must remain a permanent fixture in American life. Despite the monetary chaos the Fed has produced for the past 100 years, and the manner in which it has plundered and looted people through inflationary expansion of the money supply, the idea of dismantling the Fed scares such Americans to death.

But dismantling the Fed is the only way to restore a society that is based on genuine economic prosperity, one based on capital accumulation and free trade. There are no short cuts to genuine prosperity. Resorting to a central bank to “stabilize” or “boost” the economy through monetary manipulation is a fool’s errand.

Among the best things that Americans could ever do is dismantle the Fed and establish a free-market monetary system, one in which government plays no role whatsoever. The ideal is to separate money and the state, just as our ancestors separated church and state. That would be a major step in the direction of liberty and genuine economic prosperity.