Florida Points the Way Toward Increasing Competition Among Its Healthcare Providers

Florida Points the Way Toward Increasing Competition Among Its Healthcare Providers 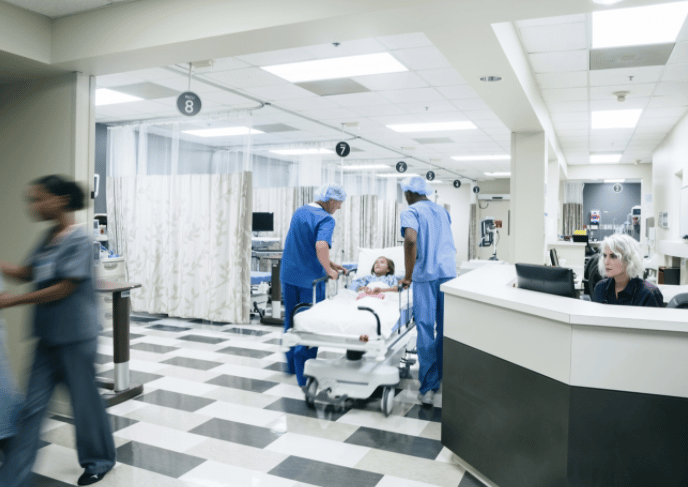 Did you know that in many states, healthcare providers need to obtain government permission before rolling out new services or technologies? It sounds nonsensical, but these requirements, known as certificate-of-need (CON) regulations, exist in roughly two-thirds of the nation’s states. What’s more, CONs end up limiting patient access to care, raising costs and hindering health care providers from growing, innovating and improving.

Fortunately, CON laws are starting to lose their grip on health care systems in some states. Last year, Florida repealed significant portions of its CON requirements. The first part of Florida’s new law, which took effect July 1, eliminates the need for general hospitals to acquire permits to build new facilities or even offer new services, such as additional types of surgeries, organ transplantation, or neonatal care. The second part of the repeal, set to go into effect in 2021, cancels the CON requirement for specialty hospitals, such as children’s and women’s hospitals, psychiatric units, and substance abuse hospitals. (Nursing homes, hospice care, and developmental disability services will still require CONs.)

As a result, the Sunshine State may soon enjoy lower healthcare costs, more appropriate care, and better patient outcomes. Indeed, it’s is already having positive impact in the state. In the town of Wesley Chapel, for instance, Clearwater-based BayCare Health System will soon build a $200 million hospital close to AdventHealth Hospital, part of a large competing hospital system. The new facility will be 190,000 square feet and will add 60 additional beds for surgery, observation, or other general hospital functions. Under the old CON regulations, this new hospital probably would not have been allowed so close to an existing facility.

Wesley Chapel has grown significantly in the last few years due in part to the health care industry, which is the city’s second largest employer. Between 2016 and 2017, the city population grew by more than four percent (approximately 2,200 additional people), and the median household income rose by more than three percent (around $3,000). Over the next six years, the population of the county is expected to grow by around thirteen percent. So the new BayCare Health complex could aid this economic growth by adding more healthcare industry jobs in the area.

CON laws date back to 1964, originating in New York. From the start, these laws have required healthcare providers to obtain a permission slip before entering certain markets.  Providers must prove to regulators that a community needs new or expanded healthcare services before being allowed to open. Proponents argued that CON laws could promote high-quality care while restraining costs.

The federal government found these rationalizations plausible, so lawmakers attempted to reproduce the CON model across the country. In 1974, Congress passed the National Health Planning and Resources Development Act which withheld federal funds from states that failed to adopt CON laws.

But research shows that CON laws do not in fact improve care and lower costs. Actually, they do the opposite: limiting the supply of hospitals and providers, which ends up increasing per-unit healthcare costs.

In 1986, Congress realized that CON laws failed to achieve their intended purposes and repealed the National Health Planning and Resources Development Act. Unfortunately, few states got the memo, and thirty years later, some 35 states still have CON laws on the books.

Looking more into the history of BayCare Health and AdventHealth demonstrates why CON laws can have such a negative impact. In many cases, CON laws merely serve as an anti-competitive cudgel that incumbents can use to keep new entrants away.

The central Florida-based health providers are not strangers to one other. BayCare Health purchased the land for their hospital site in 2006 and 2007 in hopes of adding more hospital beds to the area. But Florida’s CON law administrator instead awarded a certificate-of-need to the already-established AdventHealth, stating that AdventHealth had sufficient beds to meet the area’s demand. The agency’s refusal to grant a license immediately halted BayCare Health’s efforts to introduce more competition into the local market.

Thanks to Florida’s elimination of CON regulations, companies like BayCare can now offer competing services in the state without getting bogged down in bureaucratic red tape. Mercatus Center research suggests that Florida residents can soon expect more total hospitals, more hospital beds, and more rural hospitals per capita. Expanding access potentially expands competition, which means CON law reform can also lower the cost of care. Other states should keep a close eye on the Sunshine State’s experience and consider reforming or repealing their own CON laws to unleash healthcare competition.

Reprinted from the Mercatus Center.