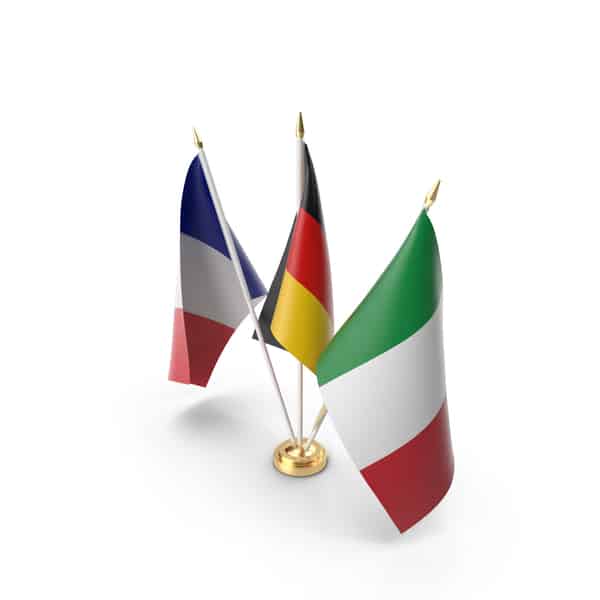 In recent weeks, the leaders of the three largest EU countries by population—France, Germany, and Italy—have all come out in favor of negotiations between Kyiv and Moscow as a way to end the fighting in Ukraine.

The three European leaders have all signed off on sending weapons to the Ukrainians but have also been calling for a ceasefire. After speaking with Putin by phone on Friday, Scholz wrote on Twitter: “There must be a ceasefire in Ukraine as quickly as possible.”

In an address to European Parliament last week, Macron said, “We are not at war with Russia.” He said that Europe’s “duty is to stand with Ukraine to achieve a ceasefire, then build peace.”

Draghi met with President Biden last week, and after the meeting, the Italian leader, who previously discouraged talks with Russia, said it was time to start thinking about a peace deal. “We agreed that we must continue to support Ukraine and put pressure on Moscow, but also begin to ask how to build peace,” Draghi said.

“People…want to think about the possibility of bringing a ceasefire and starting again some credible negotiations. That’s the situation right now. I think that we have to think deeply on how to address this,” Draghi added.

After the Biden-Draghi meeting, the White House still appeared to be uninterested in negotiations. “We feel the most constructive role is to continue to support the Ukrainians’ hands at the negotiating table and support them militarily,” White House Press Secretary Jen Psaki said.

Secretary of Defense Lloyd Austin recently spoke with his Russian counterpart for the first time since Russia invaded, but Secretary of State Antony Blinken, the U.S.’s top diplomat, has yet to speak with Russian Foreign Minister Sergey Lavrov. The two diplomats last spoke on February 15.

British Prime Minister Boris Johnson shares Washington’s view on negotiations. Johnson recently told Macron in a call that he “urged” Ukraine not to hold talks with Russia and reportedly told Ukrainian President Volodymyr Zelensky on April 9 that even if Kyiv was ready to sign a deal with Moscow, the West was not.

Other hawkish NATO countries have come out against talks with Moscow. In early April, Polish Prime Minister Mateusz Morawiecki slammed Macron for speaking with Putin, likening it to “negotiating with Hitler.”