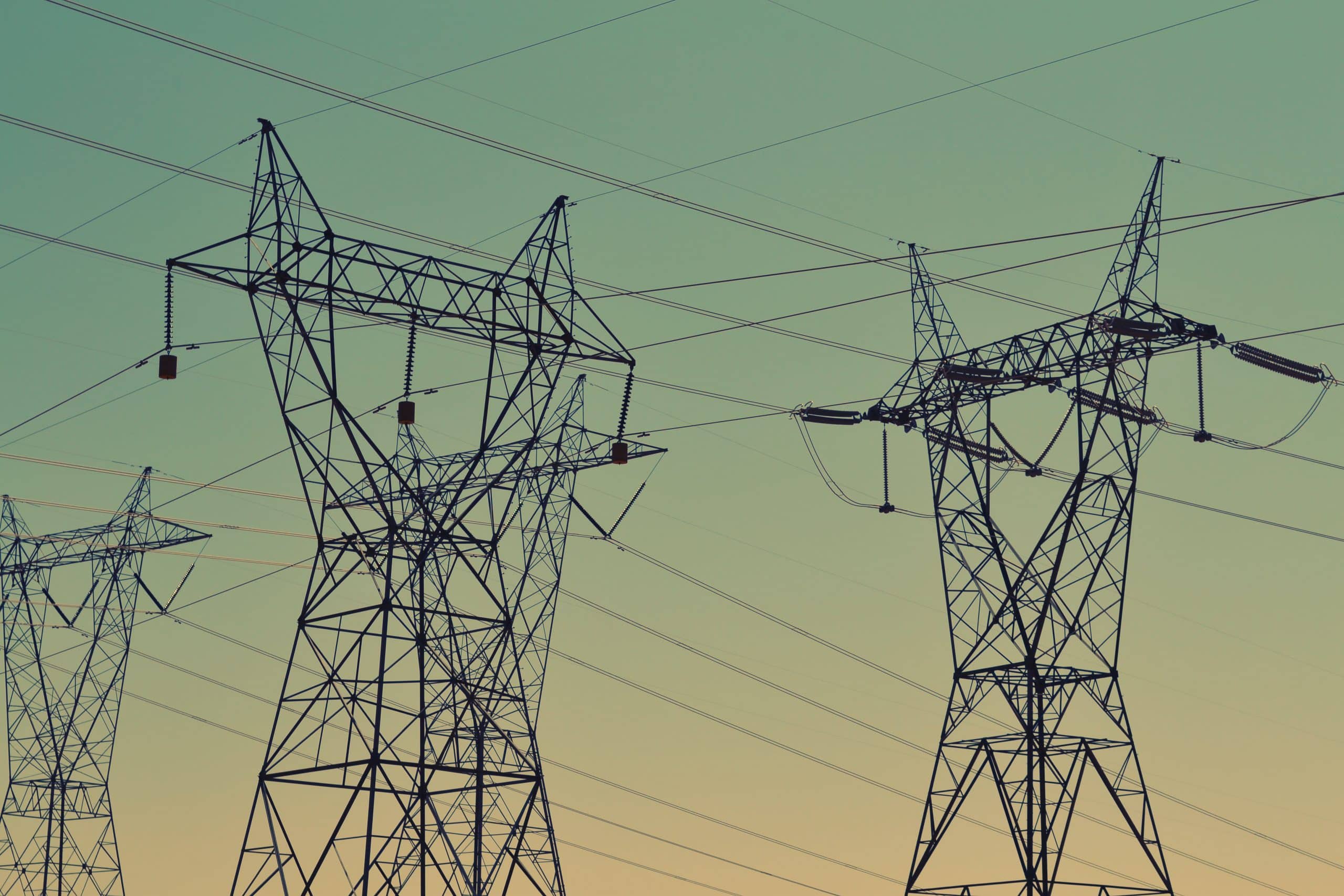 The recent cold weather and subsequent load shedding events—purposely cutting power to customers in order to prevent a blackout—has brought electricity to the forefront of policy conversations. Much has been written, yet most miss the mark. Unfortunately, almost every comment and commentator comes to electricity from politics.
How can we possibly come up with energy solutions without discussing Ted Cruz? Sure, he wasn’t getting in a bucket truck to make repairs. Who begs for leadership from the rear? Cruz could have looked for empty buildings with lights on, tried to bring hamburgers to lineman, or, well, anything. Yet, Ted Cruz should garner as much attention as the ERCOT dress code. The ‘Ted Fled’ type arguments lead to a winner-takes-all world outside reality. My way is the best, the cheapest, and the prettiest! Your way is pure evil.

This political discourse has created several tropes. Some blame wind units for underproducing power. Correctly, the forecasts planned on little wind. Frozen wind turbines did not cause the outages. Another blames ERCOT’s lack of regulation and interconnection. Lack of regulation is not the issue. The electrical industry follows NERC standards, and ERCOT adheres to NERC, including undergoing audits. For example, NERC standard BAL-001-TRE-1 is a 49 page standard regarding frequency response stating, “In FERC Order 693, NERC was directed to develop a Regional Standard as an alternate means of assuring frequency performance in the ERCOT Interconnection.”1https://www.nerc.com/pa/Stand/Reliability%20Standards/BAL-001-TRE-1.pdf Not only does ERCOT follow the NERC standards, but no rule exists to require winterization of units. The Dallas NBC affiliate writes, “Ironically, new federal rules that would require power plants to take specific steps to protect against cold weather are under consideration right now.” 2https://www.nbcdfw.com/investigations/ercot-messages-reveal-actions-prior-to-massive-power-outage/2558382/ Increased interconnection over the current SPP DC tie lines would not have prevented the outages. Entities with this prosthelytized “regulation” and “interconnection” in the region felt the storms affects. SPP and MISO also shed load.3https://www.ksnblocal4.com/2021/02/16/were-not-out-of-the-woods-spp-says-be-prepared-for-more-outages/4https://bluebonnetnews.com/2021/02/16/miso-ends-load-reductions-for-entergy-texas/ Granted, other RTO/ISOs (market makers) lost less for a shorter amount of time, but had ERCOT been more integrated with the Eastern Interconnection, the same results would have occurred; other footprints had no energy to give.

What caused the outages? Some say the cold weather caused failures in gas pipelines, gas plants, and coal generation. In contrast, opponents say focusing on wind caused fossil plants to decommission units which could have prevented the load shed event.

The truth is nobody cares about electricity; we all just want it to turn on. There are no electricity shows at local fairs as with cars and tractors. Electricity spotters don’t surround the gates of power plants with binoculars writing down times and serial numbers. Hobbyists don’t piece together models of industrial transformers or flip through books memorizing old breaker specs. Instead, many can’t even locate their main breaker. And that’s fine! Just don’t try to explain electricity or make decisions on our energy infrastructure.

To fully understand the complete lack of concern for one of our most important industries, type “MISO load shed” or “SPP load shed” into your preferred search engine. Articles come up about ERCOT, Underfrequency Load Shed, and some white papers. Only a couple national articles covered the events.5https://www.utilitydive.com/news/ferc-nerc-to-investigate-mass-outages-across-ercot-spp-miso/595173/ Both industry specific websites published tracts primarily addressing ERCOT. To put this into perspective, SPP and MISO shed load strictly due to capacity for the first time ever, and no one is talking about it.6https://www.powermag.com/ercot-sheds-load-as-extreme-cold-forces-generators-offline-miso-spp-brace-for-worsening-system-conditions/

Politically based opinions of the uninformed do not pose the only issue. The creation of a monolithic culture appears troubling. Climate change dominates. This isn’t written to make an affirmative or negative statement regarding global warming. Instead, we should acknowledge the very real pressures applied to this industry. Every study comes from a climate change organization. This paper from Princeton comes from the Andlinger Center for Energy and the Environment and the High Meadows Environmental Institute.7https://www.princeton.edu/news/2020/12/15/big-affordable-effort-needed-america-reach-net-zero-emissions-2050-princeton-study Every FERC commissioner tweets: FERC must act to address the urgent threat that #ClimateChange poses to electric reliability.8https://twitter.com/RichGlickFERC/status/1364009892198174720 These people are not wrong or evil. The problem is no study comes from the ‘Reliability is Best Institute’ or the ‘Hooray for Reliability Council.’ Currently, the majority of environmentalists believe the solution to climate change is a combination of only wind, solar, and batteries. Also, they believe this arrangement comes at the cheapest price.9https://cleantechnica.com/2020/11/15/wind-solar-are-cheaper-than-everything-lazard-reports/ Inherently, a believer does not disbelieve. With no counterpoint, energy pressures rank;

This becomes obvious when every RTO/ISO, like ERCOT, mentions the decreasing margin between capacity and load. Yet it continues.

Here is the reality: we don’t have batteries. ERCOT would have needed over 10,000 MW of storage every second of every day for multiple days. Battery storage for a city the equivalent of multiple millions doesn’t exist. With the lack of storage, reliability for the same grid means, more or less, the previous system with added wind, solar, and transmission lines. Ever wondered why CEOs promise a carbon neutral organization after they retire? It’s so that someone else can figure it out. We will be there by 2050! Why 2050? Why in 29 years?

The special interest groups pose another problem. In 1992, before the creation of electricity markets, President George H. W. Bush signed into law a production tax credit.10https://www.eia.gov/todayinenergy/detail.php?id=46576 Receiving an extension every few years, the credit continues to this day. The idea an economist would suggest price discovery occurs best when a specific group receives double the revenue seems absurd. One can only assume this form of market manipulation stems from lobbyists.The production tax credit creates a disutility: using markets to create efficiencies while at the same time distorting those markets. In a Utility Dive article on the ability of electrical markets to handle the energy transition, a Texas Public Utility Commissioner states, “If you could design a wholesale market that wasn’t influenced by outside factors, obviously you wouldn’t have the kind of issues we’ve been dealing with, but you do have those environmental policies like the production tax credit.”11https://www.utilitydive.com/news/the-great-capacity-market-debate-which-model-can-best-handle-the-energy-tr/440657/ Production tax credits cause lower prices. Imagine two lemonade stands. One charges $1/glass. The other receives a $1/glass subsidy from the HOA. Obviously, the HOA stand can give away lemonade for free—with a big “FREE LEMONADE” sign—and still make the same profit per glass as the unsubsidized. Can simply requiring thermal generators to spend more money winterizing be the solution? No. Driving up costs will mothball marginal units.

While some lobbyists may promote economically unsound policies, others are down right pernicious. The nascent COVID-19 pandemic inspired a stimulus bill in March 2020. Amid the lockdowns, individuals struggled to pay bills. Legislation passed purportedly to alleviate this turmoil. Lobbyists could only think about themselves.12https://www.greentechmedia.com/articles/read/what-the-solar-and-wind-industries-want-from-the-next-coronavirus-stimulus Really? In a bill creating world peace and ending the proliferation of nuclear weapons, it doesn’t seem a benevolent actor would complain, “Yeah, but where’s the money for solar?”

Unbeknownst to most, this battle between environment and reliability takes place in the open. Some entities use a capacity market to pay units for future availability. In order to prevent the subsidized generation from excessively underbidding thereby driving required units offline, some capacity markets set a Minimum Offer Price Rule (MOPR). FERC upheld this tactic. In response, states with “aggressive climate change goals” discussed leaving. The politicians want to pay for renewable resources to meet carbon mandates irrespective of system reliability, which they likely don’t understand.

Whether we like it or not, some people care about climate change and some don’t. Whether we like it or not, our society requires a stable grid with sufficient capacity for predictable weather events. Let’s step away from the one acceptable opinion and come up with ideas that address the actual issues. What about creating skin in the game? The entities responsible for reliability, such as RTO/ISOs, could receive a pool of money for environmental efforts. They would be able to find the systems low hanging fruit to maintain reliability while achieving the largest carbon footprint reduction for the money. Give money to those who suffer consequences instead of lobbyists. At least it’s worth a thought. A room full of smart people would certainly come up with ideas.

Don’t listen to your friends who call the utility asking, “Why does the house across the street have power and I don’t?” Let’s keep the lights on by listening to industry experts instead of politicians and lobbyists.

Cole Lancaster started out operating nuclear power plants in the United States Navy and subsequently moved into control room operations. He received a Bachelor’s in Engineering Management from Bismarck State College and an MBA from the University of Miami.