Halfway To a New Constitutional Convention; But Is It a Good Idea?

Halfway To a New Constitutional Convention; But Is It a Good Idea? 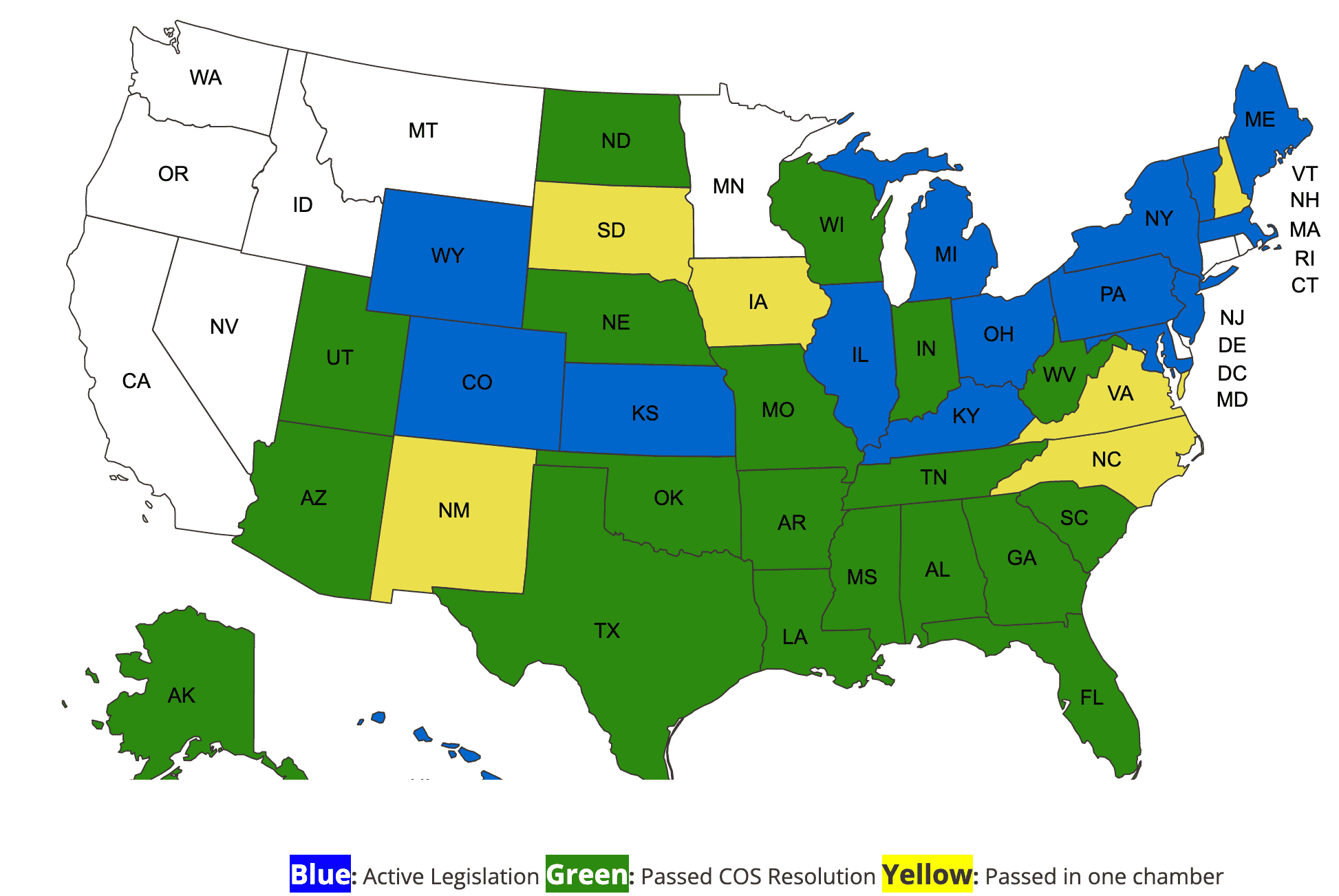 Though it’s received relatively little attention, a conservative-led drive to call a convention to consider amendments to the U.S. Constitution has been making steady progress, and is now more than halfway toward realizing its goal.

At a time when Americans are increasingly polarized—to the extent that 43% think a civil war will erupt in the next decade—should you be alarmed or enthused?

Article V of the Constitution provides two avenues for amendments. Under the first one, Congress proposes amendments that are enacted if three-fourths of the state legislatures approve them. That’s the way all amendments have been advanced so far.

Conservative activists want to knock the dust off the other Article V provision, which empowers state legislatures to “call a convention for proposing amendments.”

To trigger a convention that way, two-thirds of the state legislatures must call for one, and governors have no say in the matter. States would then send delegates to a convention where proposals would be put forth and debated. In the end, the convention is only a vehicle for proposing amendments.

So far, 19 state legislatures have called for an amendments convention, which means advocates are more than halfway toward the 34 they need. Though that still leaves lots of work to do, there’s a sense of growing momentum, as four states joined the cause in 2022 alone: Nebraska, South Carolina, West Virginia and Wisconsin.