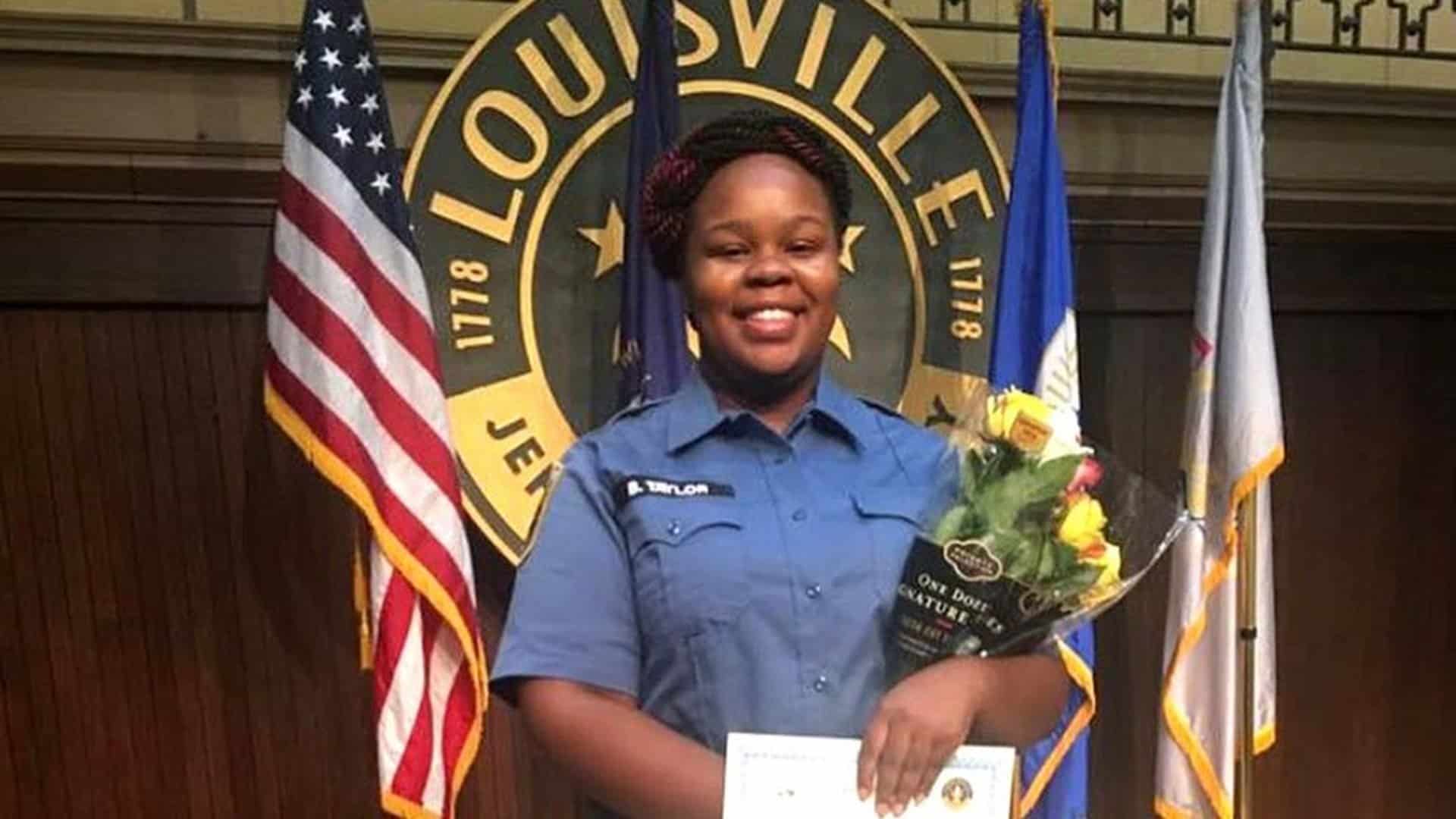 mid the nationwide focus on the death of George Floyd, another tragedy has unfortunately fallen by the wayside. We should not forget the death of Breonna Taylor—or the dire need to abolish the “no-knock” warrants that caused her death, trample property rights, and routinely endanger Americans.

On March 13, police officers broke into the Louisville, Kentucky home of Taylor and her boyfriend, Kenneth Walker, unannounced. The police were executing a “no-knock” warrant, which allows them to conduct a search without identifying themselves as law enforcement, as part of a drug crime investigation into a different suspect—not Taylor or Walker—who was already in police custody.

When Walker heard unknown intruders breaking into his home, he did not know they were police officers. So, quite understandably, Walker grabbed his lawfully-owned firearm and fired a shot at the unknown invaders. The ensuing hail of more than 20 police-fired bullets left Taylor dead, and Walker was arrested for attempted murder of a police officer. (The charge has since been dropped).

Police claim that they knocked at the apartment door and announced themselves, yet that is hard to believe. They were specifically executing a “no-knock” warrant, after all, and not just Walker, but multiple neighbors have confirmed they heard no such announcement.

Neither Taylor nor Walker had a criminal history, and no drugs were found in the raid on their apartment.

Taylor’s killing was a grotesque act of police recklessness. It once again exposes the injustice of “no-knock” warrants, which put both police officers and law-abiding Americans in grave and unnecessary danger by creating a situation where a routine law enforcement search can easily turn into a deadly misunderstanding.

And, sadly, Taylor’s death is not as unique as one might think.

Law enforcement officers conduct 20,000 “no-knock” raids a year. We don’t know exactly how many people are killed or injured as a result, but an analysis from the American Civil Liberties Union does provide some insight. As reported by Vox, the ACLU looked into 818 such “no-knock” raids, and found seven deaths (2 were suicides to evade arrest) and 46 civilian injuries. If these figures are at all representative, that means many, many more Americans are injured or killed across all 20,000 raids.

“No-knock” raids have also resulted in horror stories like a flash-bang grenade being thrown into the crib of a 19-month-old toddler and the shooting of a 7-year-old child.

True, these raids usually don’t end in violence. But every single “no-knock” warrant violates the sanctity of the home, the privacy of the individual, and fundamental property rights, all of which are longstanding tenets in the western tradition of liberty and in the founding ideas of America.

As James Bovard wrote for FEE 20 years ago:

Without private property, there is no escape from state power. Property rights are the border guards around an individual’s life that deter political invasions.

Few government policies better symbolize the contempt for property rights than the rising number of no-knock raids. “A man’s home is his castle” has been an accepted rule of English common law since the early 1600s and required law-enforcement officials to knock on the door and announce themselves before entering a private home. But this standard has increasingly been rejected in favor of another ancient rule—“the king’s keys unlock all doors.”

The notion that “A man’s home is his castle,” as Bovard notes, is a fundamental American principle. It is enshrined in our Constitution, particularly through the Fourth Amendment, which recognizes Americans’ right to be free from “unreasonable searches and seizures” of their homes. It is hard to imagine any search less “reasonable” than one where armed-to-the-teeth police officers burst into your home in the dead of night—and don’t even announce themselves as law enforcement.

And conservatives especially should appreciate the insidious way in which “no-knock” raids undermine the Second Amendment and the right to self-defense. After all, Walker did exactly what many Americans who lawfully own guns would do: protect his home and family from armed intruders. For the exercise of this fundamental right, Taylor paid the ultimate price.

Policies like these compromise the sanctity of every American home. How can anyone exercise their right to self-defense to protect their home and family if they don’t know whether or not it’s the police breaking down the door?

The police officers involved in her case still have not faced any charges, and her mother is calling for justice, saying “I need people to know that her life mattered.”

The only way to truly honor Taylor’s memory is to make sure this kind of tragedy never happens again—and that means banning “no-knock” warrants across the board. Thankfully, there is some political support across the ideological spectrum for this reform.

Congressional Democrats have introduced a police reform bill that would abolish “no-knock” warrants for federal drug cases, which doesn’t go far enough, but is at least a good start.

Meanwhile, Sen. Rand Paul, a libertarian-leaning Kentucky Republican, has led the charge against “no-knocks” from the Right. He was one of the first voices to speak out about Breonna Taylor’s tragic death, and has called for reform in no uncertain terms.

“I think it’s crazy that we’re breaking down people’s doors in the middle of the night,” the senator said in a conversation with Taylor’s aunt. “People are frightened. They don’t know what to do. They don’t know if it’s burglars.”

“I want to make sure that we don’t forget Breonna,” Paul continued. “That we try to make it better, so this doesn’t happen again.” The only way to do that is to consign “no-knock” warrants to the dustbin of history.