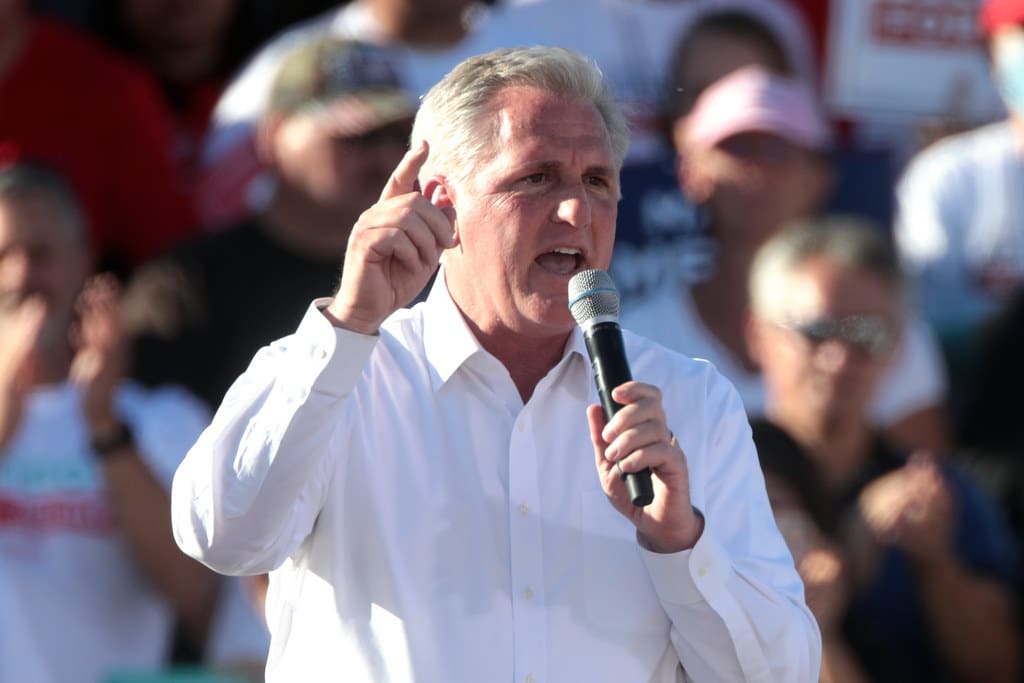 House Minority Leader Kevin McCarthy (R-CA) suggested on Tuesday that major Ukraine aid may be more difficult to pass if the House is controlled by Republicans after the upcoming mid-term elections.

“I think people are gonna be sitting in a recession and they’re not going to write a blank check to Ukraine. They just won’t do it…It’s not a free blank check,” McCarthy told Punchbowl News.

While spending billions on the war in Ukraine still has strong bipartisan support, 57 House Republicans voted against the $40 billion Ukraine aid bill that was passed in May.

McCarthy and other Republican leaders are still in favor of supporting Ukraine, but more GOP members are said to be questioning the policy. So far, the U.S. has authorized over $67 billion to spend on the war, more than Russia’s entire military budget for 2021.

Rep. Michael McCaul (R-TX), the top Republican on the House Foreign Affairs Committee, downplayed McCarthy’s comments and said he believes the GOP concerns are more over the lack of oversight.

There still is virtually no oversight for the tens of billions of dollars that have been sent to Ukraine, which covers not only military aid but also direct funding of the Ukrainian government.

“I think there’s still broad bipartisan support for the effort,” McCaul said. “I think he’s just saying we’re not going to write a blank check without oversight and accountability, which my committee will be providing.”

The Punchbowl News report said that if Republicans win the majority in the House or the Senate, it could prompt the Biden administration to press for a full year of Ukraine aid to be approved during the lame-duck period.