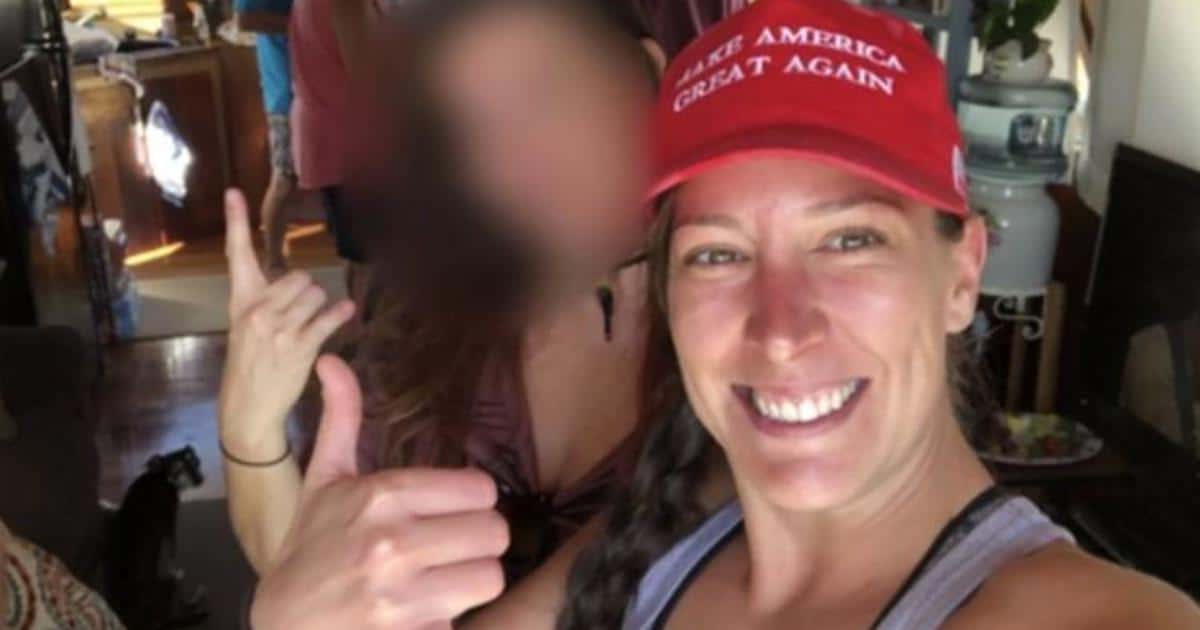 As she breached multiple doors in the U.S. Capitol, while accompanied by dozens of other rioters, Ashli Babbitt’s last moments alive were spent attempting to break into a heavily barricaded area, climbing through a window before being shot in the chest by a police officer. Though she was breaking the law, she was unarmed when she was killed.

Babbitt was a wife and a veteran and despite her royally screwed up mistakes and disregard for the law on January 6, her life mattered. That is undeniable.

Sadly, however, her death is being used to further stoke divide between the left and the right. Many on the right are hailing her as a hero and a martyr who died fighting for freedom. But is that really the case?

RIP✝️ Ashli Babbit
We will remember you sister in arms.

Please pray for her family and our nation. No words.
pic.twitter.com/RK5R4wpXP8

Babbitt’s special treatment by police on the way into the capitol undoubtedly gave her extra confidence as she continued down her path into the back rooms of the capitol. Literally, right up to the moment she was shot, police showed her special treatment and, in fact, moved out of the way to allow Babbit to climb through the window where she would be shot.

VIDEO: Ashli Babbitt in the Capitol leading up to her shooting.

Note: this was not merely a matter of looting from corporations or destroying property. These people were threatening the lives of duly elected federal officials (like them or not) and #TheyLetThemIn. Cops moved. pic.twitter.com/UYgjVjDbiw

Sadly, though Babbitt thought she was a patriot fighting for freedom, in reality, she was there to make sure Donald Trump stayed in power. She was there to support a man who advocated for a policy which ultimately led to her death. In May, Trump famously advocated for the extrajudicial execution of people for doing exactly what Babbitt died doing. Remember, “when the looting starts, the shooting starts”?

Because the right didn’t speak out against their ruler when he called for the extrajudicial murder of people for misdemeanors in May, it was ultimately used against them. This is the case 100 percent of the time and why standing up to tyranny should never take a back seat to party politics.

Sadly, many on the right continue to remain oblivious to these facts. At the same time, however, the left is calling her a thug terrorist who deserved it and praising her death which is just as dangerous and repugnant.

Amazingly enough, when Twitter banned tens of thousands of pro-Trump and anti-establishment voices on Friday, the person above, who is literally advocating for the genocide of his political enemies, came through it unscathed and their tweet remains active. But that is another point entirely.

Perhaps Babbitt should have been arrested and charged under a domestic terrorism charge, but she never got that chance because she was gunned down while unarmed. It is not up police or to Twitter or anyone else to decide who lives and who dies for their alleged crimes. In America we are guaranteed due process and no one has the right to remove that, even for the most vile of criminals.

In May, after George Floyd was killed, he became a martyr for the left who said that his life mattered and he should not have been killed. They were entirely correct in this assertion. However, just like left is calling Babbitt a thug and a terrorist, at the time of his murder, the right called Floyd a thug and a criminal and repeated the phrase of “if you don’t want to get killed by police, don’t break the law.”

Now that the right is experiencing the same police state that the left has experienced, instead of finding common ground and standing against tyranny, both sides are holding onto their contradictory ideologies in hopes that they can one day point the police state back at their political rivals.

This is how freedom dies—political power is wielded over and over by both sides until there is nothing left by the police state, who then silences ALL dissent, regardless of party.

Unjustified police killings of unarmed individuals is not some weapon to be pointed at your political enemies. Either you support due process and equal justice for all or you support despotism.

There is no picking sides when it comes to the state playing judge, jury, and executioner. When you support extrajudicial murder and removal of due process because it benefits you politically, you are not only a hypocrite but you are a cog in the wheel that is the police state and you deserve the hellish technocracy and violence you so adamantly supported when it inevitably comes back to be pointed at you.