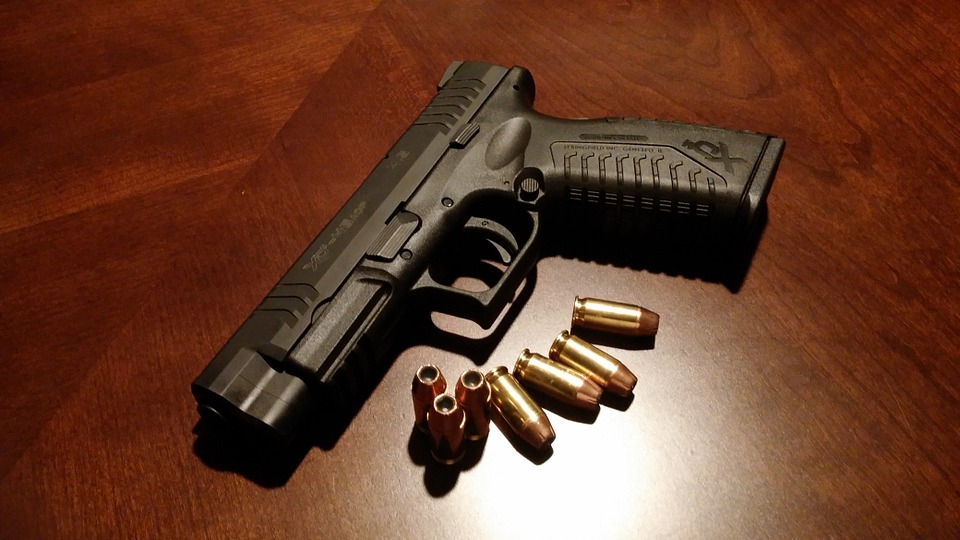 On the evening of Nov. 30, 2015, Adarius Montrells Sims of Birmingham, Alabama, was driving his gold Grand Am home. Tired after hanging out all night, he fell asleep at the wheel. The car crashed, and medics found Sims unconscious. After the crash, a police officer peering into the wreck spotted a .40 caliber pistol on the passenger-side floorboard. Police ran Sims’s name and saw he had two prior marijuana possession convictions, a record that made that gun illegal in Alabama.

But Sims hadn’t hurt anyone and his record was nonviolent. So he was sent to a gun court rehabilitation program, paying fines, and taking classes on anger management. While taking part in the program, he met with a federal agent from the Bureau of Alcohol, Tobacco, and Firearms, who told him that he could still face federal charges despite the local gun program he was agreeing to.

“I had told him I was doing gun court, but he was saying they overrule all of that, and if they wanted me they could get me,” Sims recalls. “But he said they weren’t going to. I don’t got a violent history.”

Read the rest at theappeal.org.