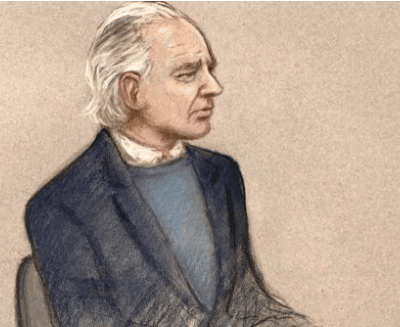 WikiLeaks founder Julian Assange appeared in court today in London in hopes of delaying his US extradition case. The judge told Assange he will not have any extra time to gather evidence to help his case, and the hearing will start in February as planned.

Reports of the trial sounded grim, Assange was holding back tears while he spoke and told the court that he could not “think properly.”

Assange was taken from the Ecuadorian embassy in April, charged with skipping bail and sentenced to 50 weeks in Belmarsh prison. His sentence was up September 22nd but a judge ordered him to remain in prison while he awaited his extradition trial.

The US wants to extradite Assange and charge him with 18 counts under the espionage act, which could total 175 years in prison. The allegation is that Assange helped former Army intelligence analyst and whistleblower Chelsea Manning break into a Pentagon computer. Manning was pardoned under President Obama but now sits in jail for refusing to testify against WikiLeaks in front of a grand jury.

Assange was asked if he understood the events in the court, that’s when he said, “Not really. I can’t think properly.” Then he appeared to make his case the best he could, “I don’t understand how this is equitable. This superpower had 10 years to prepare for this case and I can’t access my writings. It’s very difficult where I am to do anything but these people have unlimited resources.

“They are saying journalists and whistleblowers are enemies of the people. They have unfair advantages dealing with documents. They [know] the interior of my life with my psychologist. They steal my children’s DNA. This is not equitable what is happening here.”

Since Assange has been held in Belmarsh there have been reports that he experienced psychological torture. Just last week, UN Special Rapporteur on Torture Nils Melzer and two medical professionals told reporters, “We came to the conclusion that he had been exposed to psychological torture for a prolonged period of time. That’s a medical assessment.”

Monday morning before the hearing Amnesty International released a statement that urged the British government to not extradite Assange. “The British authorities must acknowledge the real risks of serious human rights violations Julian Assange would face if sent to the USA, and reject the extradition request,” the statement read. “The UK must comply with the commitment it’s already made that he would not be sent anywhere he could face torture or other ill-treatment.”

END_OF_DOCUMENT_TOKEN_TO_BE_REPLACED 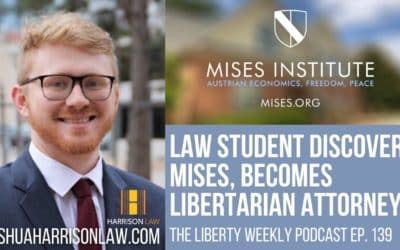 https://www.youtube.com/watch?v=Aliskti9DCk&feature=youtu.be Oklahoma attorney Joshua Harrison joins me today to discuss his experience discovering the Mises Institute during law school. We discuss law school and the practice of law from a libertarian perspective....

END_OF_DOCUMENT_TOKEN_TO_BE_REPLACED

Australia has a culture for war, and that culture breeds atrocities. The Australian government's own inquiry has confirmed many of the allegations leaked by journalists regarding war crimes in Afghanistan, stemming from the execution by Australian special forces of...

END_OF_DOCUMENT_TOKEN_TO_BE_REPLACED

America’s Mistakes In Syria Must Be Declassified

How many Syrians did you vote to kill on Election Day? Thanks to our perverse political system, the answer will be revealed over the next four years if the Biden administration drags the U.S. back into the Syrian Civil War. But there are steps that Trump can take in...

END_OF_DOCUMENT_TOKEN_TO_BE_REPLACED

If one takes the publications of the World Economic Forum (WEF) as an indication of how the “Fourth Industrial Revolution” will change society, the world is facing a massive onslaught against individual liberty and private property. A new kind of collectivism is about...