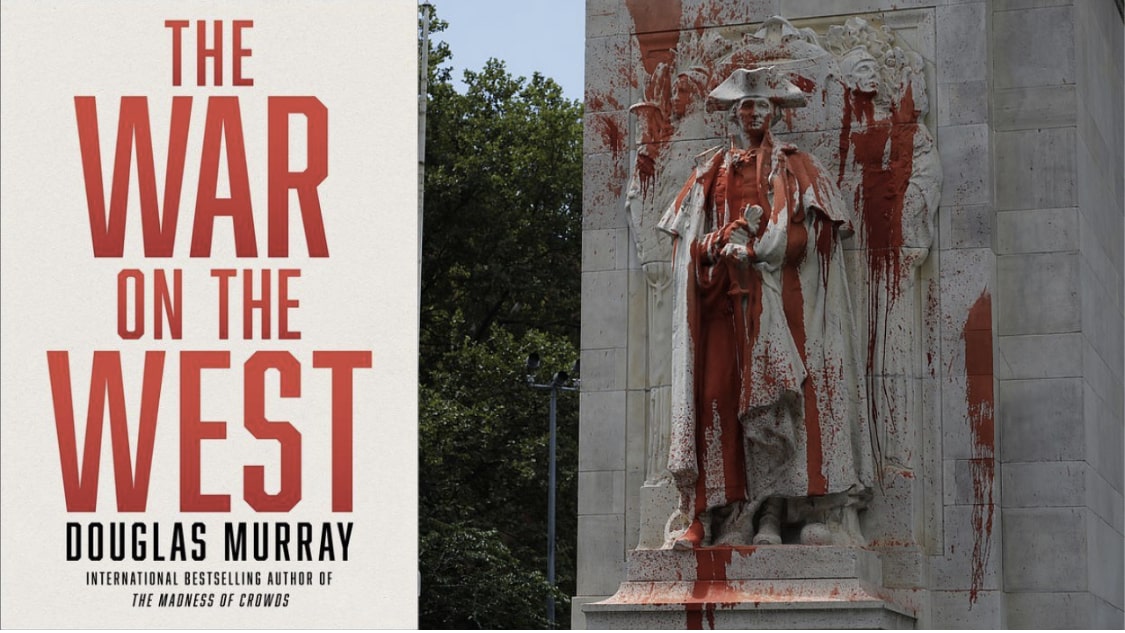 “We appear to be in the process of killing the goose that has laid some very golden Eggs.”- Douglas Murray, author of The War on the West

I was always ashamed to be a Westerner. A civilization, I was told all through my public schooling years, uniquely contributed to the world in the following ways: slavery, child labor, bad working conditions, greed, sexism, genocide, racism, McCarthyism, and a bunch of useful idiots for the 1%.

Recently Douglas Murray authored a book titled The War on the West in which he obliterates the conspiracy theory, shall we say, that the West is a uniquely evil collection of civilizations unworthy of preserving or appreciating having no redeeming qualities.

It’s clear how seldom people develop their default ideas or world views based on empirical research or abstract thinking. This is where the power of historical narratives comes into play. They (leftists advocating ’social justice’) strip away competing allegiances of families, churches, and nations. By poisoning the well of prevailing interpretations of past events (historical narratives) which give people a sense of identity and belonging, the enemies of the west then would have fertile ground to establish an empire of their own.

As Murray says, “The West was the problem. The dissolving of the West was a solution.”

Murray explains racism as having to do with “dismissing people, vilifying them, or generalizing about them simply because of the color of their skin.” Consider a hypothetical: imagine someone says, “Asians benefited from Ghangis Khan conquering of land. Asian violence is evident in the mass murder campaigns of Emperor Hirohito, Mao, Chiang Kai-shek, and Pol Pot. Asians today need to acknowledge their higher income privilege and apologize for the crimes of their ancestors.” Any sane person should see this for what it is: a disgusting, cruel, racist, unnecessary provocative generalization which misallocates guilt based on an accident of birth.

All Murray is saying in this section is that racism is abhorrent and no double standards should exist for any group, including people of European ancestry. When I first heard this line of reasoning I was hesitant to accept the idea that a majority could possibly be victimized by a small minority; then I realized there are 535 members of Congress and 330 million Americans and then I could see how. For the record Murray makes clear he is not vilifying minorities at all, his primary examples of such racism come from whites: Robin DiAngelo’s White Fragility, American legislators, National Geographic, Jimmy Fallon’s studio audience applauding low white birth rates, and Michel Moore’s Stupid White Men.

Murray also introduces readers to the tragedy of Texas man Tony Timpa. I have witnessed this story alone change the heart and mind of social justice advocates, correctly switching the focus from “white supremacy” to “government supremacy.” I can’t recommend this section highly enough. 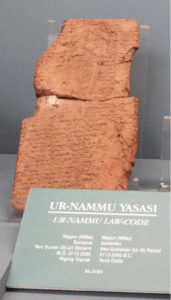 In 1952 Samuel Kramer, one of the world’s leading Assyriologists, an expert in Sumerian history and Sumerian language, translated tablets which were found in Iraq dated between 2100 BCE – 2050 BCE. The tablets are known as the Code of Ur-Nammu, one of the oldest legal texts known to mankind. In the list of 32 laws, the word “slave” is found 9 times.

It turns out slavery is maybe the least unique thing about Western Civilization, contrary to vice presidential candidate Tim Kaine’s claim that America created slavery. Murray points out, “The best available figures, proposed by scholars such as Professor Ralph Austen of the University of Chicago, is that somewhere between eleven and seventeen million Africans were traded east in the Arab-run slave trade.”

Murray does an outstanding job explicitly condemning the evils of slavery, while making it crystal clear that The New York Times’ 1619 Project is a scam on stilts. The authors of 1619 equate slavery with voluntary labor saying “In Order to Understand the Brutality of American Capitalism, You Have to Start on the Plantation.” Classic contradiction. Its akin to saying: free market voluntary exchanges are rooted in violence, going to a persons house voluntarily is rooted in kidnapping, love making is rooted in rape, and The New York Times selling a book is rooted in theft.

There are great lessons to be learned from America’s founding. The existence of self evident truths. Humans being created equally and having unalienable rights no person or group thereof can justly deprive them of. Freedom to speak to develop one’s personality influencing the lives of others. Opposition to the state having a monopoly on weapons. Not to mention the English common law traditions dating back to 1215 with the Magna Carta giving us demands for proof, and a trial by a jury of one’s peers leading to the recognition of jury nullification. 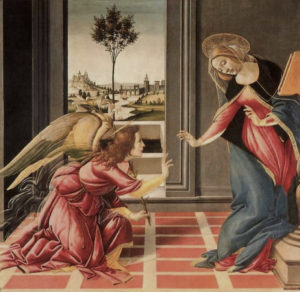 The problem Western Civilization faces is resentment and the solution is gratitude.

A quote from the section reads as follows, “A great building such as a church or a cathedral can take decades—even centuries—to build. But it can be burned to the ground or otherwise brought down in an afternoon.”

Therein lies the source of the rage I feel seeing the indiscriminate destruction of property by mobs and states alike. It illustrates the difficulty and complexity in developing the things we hold dear in life while recognizing how easily they can be lost.

Point of Contention: From Section Two on Churchill

Winston Churchill is a hero of many people of goodwill, however I respectfully disagree with Mr. Murray on this issue.

As First Lord of the Admiralty on August 12th 1914, Churchill initiated a blockade around Germany starving hundreds of thousands of civilians to death. If this isn’t wrong, nothing is. He caused the Narvik debacle of 1940 which led to Chamberlain stepping down and Churchill being appointed, later losing his 1945 election. He initiated bombing of civilians with Physicist Frederick Lindimann’s “dehousing” plan as his inspiration. Enforced the National Service Act of 1939 which enslaved men ages 18-41 to fight in a war—the most horrific working conditions imaginable. He disapproved of Chamberlain giving the Sudetenland to Hitler, then surrendered the Sudetanland and half of Europe to Joseph Stalin in Yalta in 1945.

“The human tragedy reaches its climax in the fact that after all the exertions and sacrifices of hundreds of millions of people and the victories of the Righteous Cause we have still not found Peace or Security, and that we lie in the grip of even worse perils than those we have surmounted.” (The Gathering Storm, written in March 1948, p. xiv)

Let’s continue to be the civilization we admire so much and lead by example, embracing the values of humility, compassion, and universal ethics.

This book is a phenomenal criticism of ‘social justice’ advocacy, which is the most powerful ideology advocating the ideas of statism today, making them the biggest threat to freedom, equality of rights, and civilization. This book will give you the tools to see through the propaganda of the press, politicians, Hollywood, k-12 teachers, University Professors, and corporate advertisers. I highly recommend it.