Where 'Liberal' and 'Conservative' REALLY Come From

Where 'Liberal' and 'Conservative' REALLY Come From 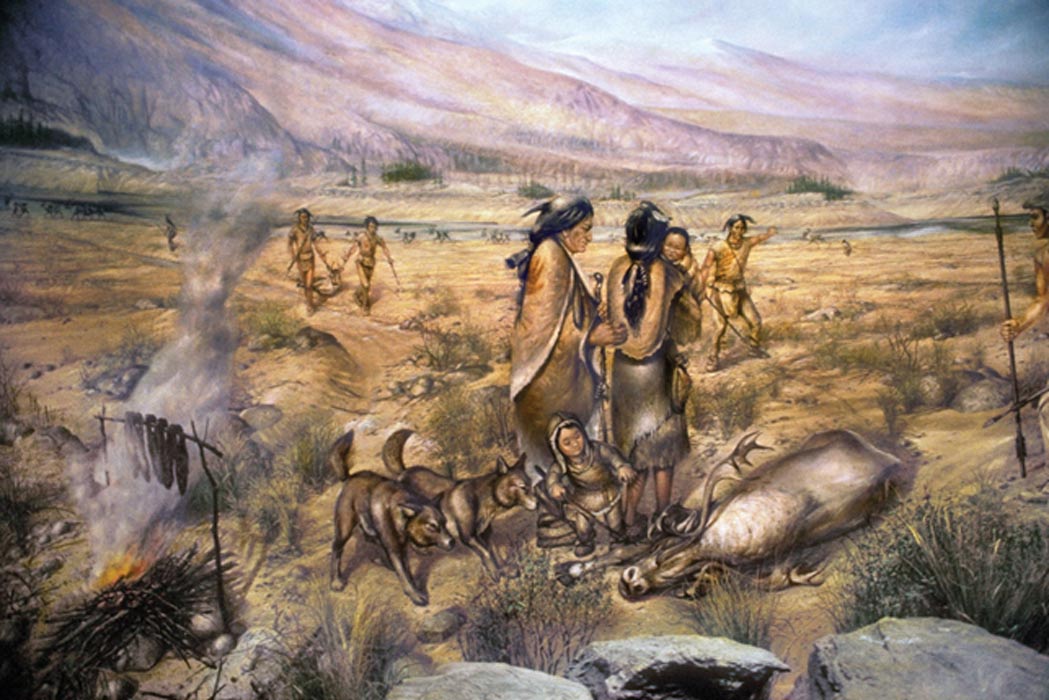 If liberals are all heart and no brain and conservatives are all brain and no heart, how would you describe libertarians?
How about, “Clearly libertarians are the perfect balance between the two.”
Here’s why that’s a pretty accurate assessment – – –
Long before history was enabled by writing, like us, our pre-historic small-group ancestors lived primarily by their brains, not their brawn.
Unlike other animals, they — like us — were born pretty much, as Rousseau and others put it, tabula rasa. That is, as “blank slates” with relatively few built-in instincts, drives, and other in-born behaviors.
For example, while hoofed animals can walk within a few minutes of birth and run soon after, it takes us approximately three months to learn to merely crawl.
The advantage to this lack of hard-wired behavior is that it gives us humans an unprecedented flexibility, allowing us to learn to live everywhere from the icy Arctic to the steaming jungles of Ecuador to the burning sands of the Kalihari. And, in the space station, even in “outer” space. Even, perhaps, on Mars, etc.
However, because of our innate “blank slates,” like us, nearly all our ancestors’ key knowledge, skills and behaviors had to be acquired by experience, or, preferably, by learning from someone else, thus avoiding the many dangers of learning by experience.
The fact that we don’t inherit our key knowledge, skills, information, and behaviors means that each one of us becomes a depository of different, often unique — and sometimes critical — information, skills, knowledge — and particularly, experience. And these exist only in our individual brains.
This dispersion of unique knowledge and experience means the essential human data-base and operating system is spread out and distributed among all the individuals around us.
Madrigal knows which herbs help heal wounds — and how to find and use them. Gaud can always find that hidden water-hole during the semi-annual desert crossing.
But our ancestors had a problem we don’t have: They were indeed pre-historic — that is, they existed before writing was available to write his-story down in black and white.
So, like the book-people in Fahrenheit 451, our ancestors were each-others’ only reference-library and internet.
The loss of either Madrigal or Gaud could be catastrophic to everyone. Ditto the loss of other group members and their special knowledge and information.
Mother Nature wasn’t oblivious to this problem and so gave us an appropriate and nearly unique set of behaviors which prod us to keep each other alive. By convention, folks call these behaviors “altruism.”
But altruism creates its own problems. Anthropologist, scholar, and all-around mensch Christopher Boehm puts it this way:
“How can cheerful, altruistic cooperators, people guided by generous feelings and positive expectations about cooperation, avoid being exploited by lazy slackers and outright cheaters, or by opportunistic bullies who take advantage of situations by force?” –Christopher Boehm, Hierarchy in the Forest, p. 212″
Lazy slackers and outright cheaters are one thing. Opportunistic bullies who take advantage of situations by force — or as we call them, psychopaths — are a much bigger problem, especially when they morph themselves into permanent “leaders.”
None-the-less — since they all have similar effects — slackers, cheaters, bullies and bullying leaders are all usually called “free-riders” by population geneticists. So the population geneticists rightly ask, “How can altruistic genes survive when beset by free riders of all kinds?”
In other words, how can altruists — who are intent on keeping the data-base intact by keeping everyone alive — keep from being bled dry and rendered extinct by free-riders — who are only too happy to take advantage of their altruistic tendencies?
Thus our data-dependant ancestors had to solve two competing equations at the same time:

Boehm points to the solution with an unusual insight — at least unusual for a non-Austrian economist. He recognizes that, in our small ancestral groups, “vigilant sharing” — rather than “automatic, unambivalent, totally altruistic sharing” is how things are done and posits — even at the small ancestral group level — “actuarial intelligence” as the built-in skill-set that makes “vigilent sharing” work.
In other words, folks innately keep track of their “sharing” — and rightly expect reciprocity. New research shows that this keeping track begins in toddlers as young as the age of three.
You’ve almost certainly experienced the result. You know who needs to buy the next round of drinks to balance the books — and which soccer mom needs to drive this week.
Even the handicapped sociological literature calls such transactions “reciprocal altruism.”
When this keeping track becomes explicit, we moderns call it “accounting.” And even before it becomes explicit — or even conscious — it behooves you to keep your accounts balanced. Else you’ll find you’re no longer welcome at the bar — and/or you’re out of the soccer pool.
This is the context where “liberal” and “conservative” — the political caricatures of “left” and “right” — really come from. “Conservatives” have a stronger tendency to guard against free-riding and thus conserve resources while “liberals” have a stronger tendency to keep everyone alive — including free-riders — which conserves the distributed data-base.
“Liberals” keep folks alive, “Conservatives” keep lazy moochers — including the more dangerous psychopaths, so-called “royalty,” and other permanent leaders — from weakening the group by depleting its resources.
This tendency probably isn’t either/or: A differing genetic liberal/conservative balance likely exists within each of us. And it’s probably flexible, leading to a different balance depending on our subjective perception of the survival situation. More liberal in times of plenty, more conservative in times of want.
And it’s the variations in this balance — and that subjective perception — where political differences regularly begin.
Some might suggest that folks with libertarian tendencies are the perfect balance between the two – – –
“Like,”Tweet,” and otherwise, pass this along!
Here for updates & corrections or to leave comments.
= = = = = = = = = = = = = = = = = = = = = = = = = = = = = = =

Reichard White [send him mail: LReichardWhite at Yahoo.com] taught physics, designed and built a house, ran for Nevada State Senate, served two terms on the Libertarian National Committee, managed a theater company, etc. For the next few decades, he supported his writing habit by beating casinos at their own games. His hobby, though, is explaining things he wishes someone had explained to him. You can find a few of his other explanations listed here: goldensources.blogspot.com/2015/10/nn-list-ls-articles.html