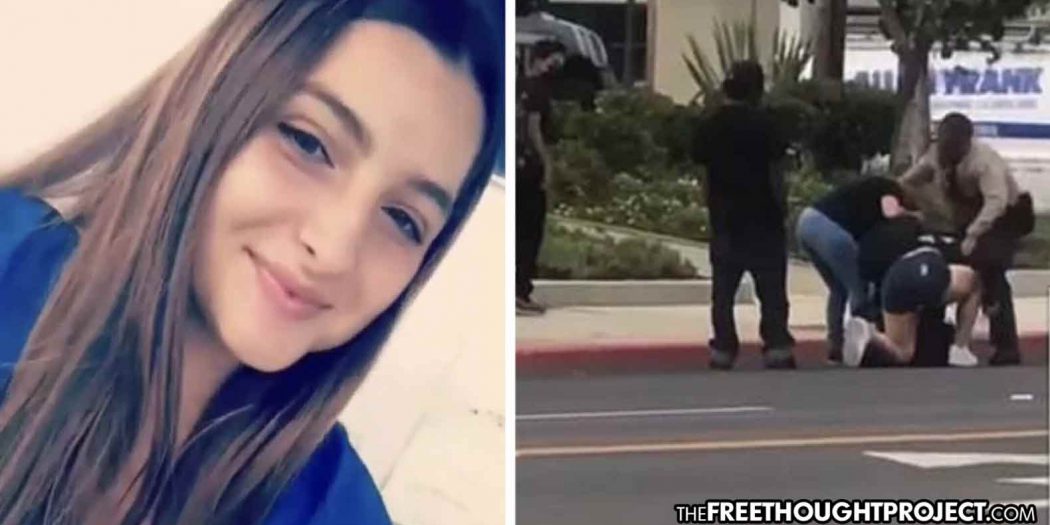 The family of Mona Rodriguez was shocked and heartbroken in September after learning their 18-year-old daughter was shot in the head by a Long Beach Unified School District police officer. Rodriguez, who was unarmed and presenting no threat to the cop who shot her, was kept on life support for several days after the shooting until she was taken off life support on October 5 and her organs donated.

The shooting was captured on video and was apparently so over the top that the cop who shot her, Long Beach school safety officer Eddie F. Gonzalez, 51, was immediately fired and subsequently charged with first-degree murder. Gonzalez pleaded not guilty in October and has remained in jail ever since on a $2 million bond.

This week, Rodriguez’s mother filed a lawsuit in Los Angeles Superior Court alleging the district failed to properly train its school safety officers in use of force tactics—an understatement.

The Long Beach Post reports that in her lawsuit, Manuela Sahagun, Rodriguez’s mother, said Long Beach Unified was negligent in training Gonzalez in de-escalation tactics set by the California Commission on Peace Officer Standards and Training (POST). As a result, Gonzalez overreacted when he fired into a moving car, which is against school policy, according to the lawsuit.

“I just want justice for my girl, my baby mama, my love of my life that I can’t get back ever again,” her boyfriend and father of their child, Rafeul Chowdhury said tearfully after she was shot. “I don’t know what to do with my 5-month-old son.”

Now, he and his child’s grandmother may actually see that justice.

The incident unfolded out front of Millikan High School in Long Beach. Rodriguez was allegedly involved in a fight with another teen outside the campus.

When officer Gonzalez showed up, Rodriguez got in her boyfriend’s car to flee at which point the officer resorted to deadly force. A student captured the officer on video needlessly firing off two rounds as the car—which was not being driven by Rodriguez—tried to drive away.

At no time was the officer or anyone else near Rodriguez’ car in danger, yet he opened fire anyway. Aidan Altobello, the student who filmed the shooting, told CBS Los Angeles at the time that he had no idea why the officer shot.

“I just saw two girls fighting, and one got in the car, and that’s when they scurried off and the dude shot at them,” he said.

Shahriear Chowdhury, Rafeul’s younger brother, was in the back seat on the passenger’s side behind Rodriguez when the cop opened fire.

Rafeul told KTLA that the officer never told them to stop and they were simply trying to drive off when he opened fire.

“All we did is just got in the car and left,” Chowdhury told the outlet. “He never told us to stop anytime soon, and the way he shot us, it wasn’t right.”

“It’s an unfortunate and unnecessary death that left a 6-month-old without a mother, a family without a daughter and clearly a tremendous loss to our entire community,” Los Angeles County Dist. Atty. George Gascón said.

“There’s no excuse, no justification for this officer shooting in the rear passenger-side window of a car with a woman who’s unarmed. Everyone in the car was unarmed,” the family’s attorney said. “And the fact is, he shot at someone in the passenger seat with no regard for anyone’s life in the car.”

“The only way we stop these safety officers from shooting unarmed people and killing them is by having them prosecuted and held accountable for what they’ve done wrong to members of the community,” he said.