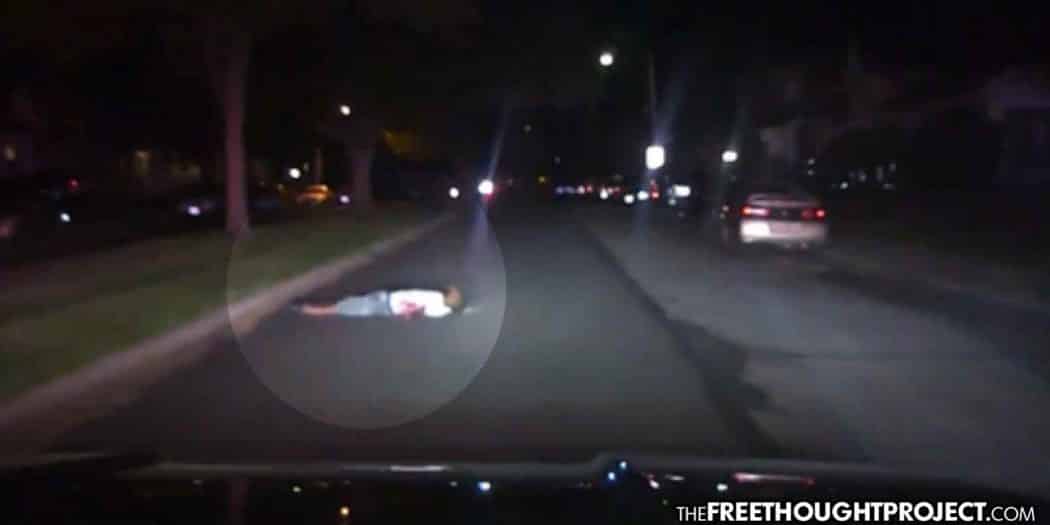 A year ago, on June 13, 2021, 42-year-old Eric Cole called 911 for help, like he was supposed to do, after he was shot in the arm. However, police were the first to show up on the scene and help was the last thing Cole received. In fact, he received the exact opposite—and it killed him.

Police Chief Lee Graf referred to the negligence of one of his officers—Amanda Rosales—as an “accident,” which left Cole dead. While it may not have been on purpose, dashcam video shows it was completely avoidable. Eric Cole lie bleeding on the ground from a gunshot wound to the forearm when officer Rosales drove her cruiser on top of the man in need.

“This was an accident,” Graf said. “Doesn’t mean it is okay.”

Apparently, a grand jury bought the narrative hook, line, and sinker, and this week, following an “investigation,” criminal charges were thrown out.

“The lead officer was trying to catch addresses on the house, Eric was lying in the street, as you can see in the videos and the officer did not see him,” said Graf at the time, paving the way for what happened this week.

Though Graf calls Cole’s death an accident, the family says it was not.

“There’s no way in hell that she did not freaking see him,” said Lekesha Bradford, Cole’s sister, according to Dayton Now.

“I want the officer held accountable, just like if they get the suspect, they’re going to hold them accountable,” said Regina Wilson, Cole’s mom.

“There’s no excuse for what’s happened,” said John Moore, Cole’s best friend. “We’ve seen all it. My eyes don’t lie. You can’t lie to me I’ve seen what went on.”

“We will get justice, I will guarantee you,” said a representative of the family with Springfield NAACP Division last year. “We will definitely get justice.”

Unfortunately, all their calls for justice fell on deaf ears.

Illustrating the nature of police to circle the wagons to conceal the negligence of one of their own, immediately after Cole’s death, they issued a statement saying they didn’t know whether the police cruiser or the bullet killed Cole.

Cole was shot in his left forearm—hardly a deadly situation. However, when a 6,000 pound police cruiser runs over you, it is often deadly and according to the Montgomery County Coroner’s Office autopsy report, it was the cruiser that killed Cole, not the bullet in his arm.

What’s more, Cole was on the phone with 911 when he was struck by the police cruiser.

Cole can be heard in the recording saying, “I’m about to die,” and “I’m in the middle of the street.” He said he had been shot but didn’t know who had shot him.

Soon after, the sirens of multiple police units can be heard approaching before Cole says, “They just hit me.”

When the dispatcher asks who hit him, Cole responds, “the police.”

Moments later, he said, “somebody run me over.”

Shortly after, Cole would die and the cover up would begin.

“I am particularly concerned about the information that was conveyed to the dispatcher that was not conveyed to the responding officer. And there may well be additional proceedings in civil court. But as of right now, there are no criminal charges in this tragic case,” Yost said.

“I lost my best friend and people don’t know when you lose your number one dude, who you are with every day, and they got your back on everything, it’s different,” Moore said.

Below is the video.