No Medicare At All

No Medicare At All 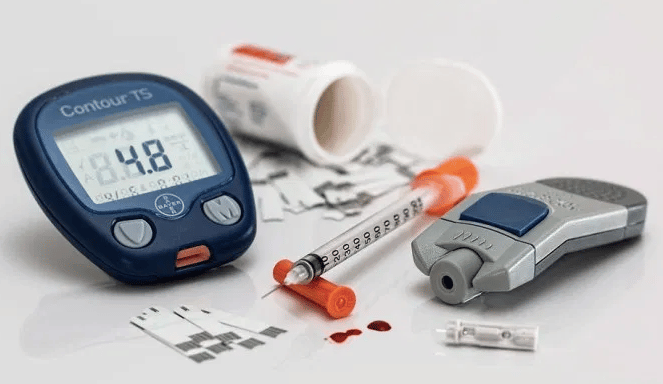 Is government-controlled medical care for everyone not only a bad idea, but is it a bad idea for seniors and the disabled as well? I’m not suggesting that everyone who is currently on Medicare have the carpet ripped from under them. Rather, I’d like to see a slow phasing out of the program.

Firstly, it’s a bad idea to have the medical treatment of people who are at their most fragile be determined by politicians with their own motives and agendas and with their own ideas and philosophies about who is important enough to receive good medical care and who is not. Quality of medical care for the elderly should not be determined on the whims of those who have consistently displayed an inability to manage much of anything, and keep people in such need caught up in such political nonsense.

It is important that people who might be at their lowest income potential and who might be some of the most vulnerable in society have access to good care. I don’t believe in survival of the fittest when in comes to human beings. Nor do I believe in healthcare rationing based on how politicians determine what people are more deserving of care. But the answer does not lie with government. As with most things, government intervention tends to make things worse, not better. When free markets move, we know what the motivations for the businesses involved are. We know they want to make money. When politicians are involved, all of their personal aspirations and goals come into play with suspect motives abounding.

What would happen in the absence of Medicare? Would the elderly and disabled no longer have access to good medical care?

It is true that private insurance rates for seniors and the disabled would be much higher than those who are not in those categories. This is because they represent a greater risk. The fact that current Medicare rates are too low to support the program and that younger peoples’ contributions are supporting those currently on Medicare proves that this system is doomed to fail. So we can either understand that people with greater expenses require greater funds to support, or we have to all add to a national debt already out of control.

It’s important to understand that although there would be higher private insurance rates for people who are currently under Medicare, those rates could actually be managed. Currently, a typical family of four pays somewhere close to 5% to 6% of their wages on major medical health coverage — either in a combined amount with what an employer contributes (let’s not fool ourselves, you actually foot the bill for what your employer pays) or by paying the  entire amount themselves. By contrast, around 15% of your wages (half supported by an employer portion — again you’re still paying for it) for Medicare to be used at retirement (age 65) or if certain disabilities arise, the greatest number of people being those who are over 65. So, you are paying nearly three times the amount you currently pay for coverage for coverage that will be used at some far point in the future, especially if you are in your 20s or 30s.

If you were to invest those funds rather than have them confiscated by the government, you would have a sufficient amount to offset more expensive coverage at a later age by a significant margin. Let’s say you started savings these funds at the age of 25. Let’s also say that at that age, you are earning just below the median income for an individual in the United States and were earning $28,000 per year (the medical is approximately $31,000). If you never really do any better and never improve your position, then we can assume an increase in your income over time to match inflation (let’s just use the number 3.5%). Let’s say your investments earn a meager 8% annually (the historical average for the stock market is 11%). By the time you are 65, you would have $1,657,950 set aside for your healthcare expenses. If during retirement you invested more conservatively at a return of just 6% annually, you would have around $8,300 per month on interest alone to pay for your health insurance. If we adjust for inflation on what it would cost for a 64 year old person to obtain coverage today (around $900 per month for major medical) then we get a future cost of $3,771 per month at the same level of health coverage.

You would have nearly $5,000 to spare in monthly income beyond what it would cost for your health insurance. This is all with very meager assumptions. Actual available money would likely be much higher. You would have a great deal more money for your healthcare costs than what the government can muster.

We could phase out Medicare by ending the program for those who are currently under the age of 30, and at the same time not collecting the Medicare taxes on them. Let them keep and invest that 15% instead. As with most things, free private marketplaces outdo government planning.

Medicare is an unnecessary program that should never have been founded. Realistically, it can’t be dispensed with wholesale immediately. But also realistically, it can’t be continued in this way. It’s going bankrupt. The funding can’t keep up with the use, and it’s simply adding to a debt that can’t possibly continue without severe harm to every US citizen. Phasing out Medicare doesn’t harm seniors and the disabled. Rather, it benefits future generations who will need affordable care in the future and must have a way of obtaining that care without adding to their share of the national debt. We need to quit burdening our offspring with our ever growing debt.

So, let’s shout “No Medicare At All” in response to the absurdity of “Medicare for All.”