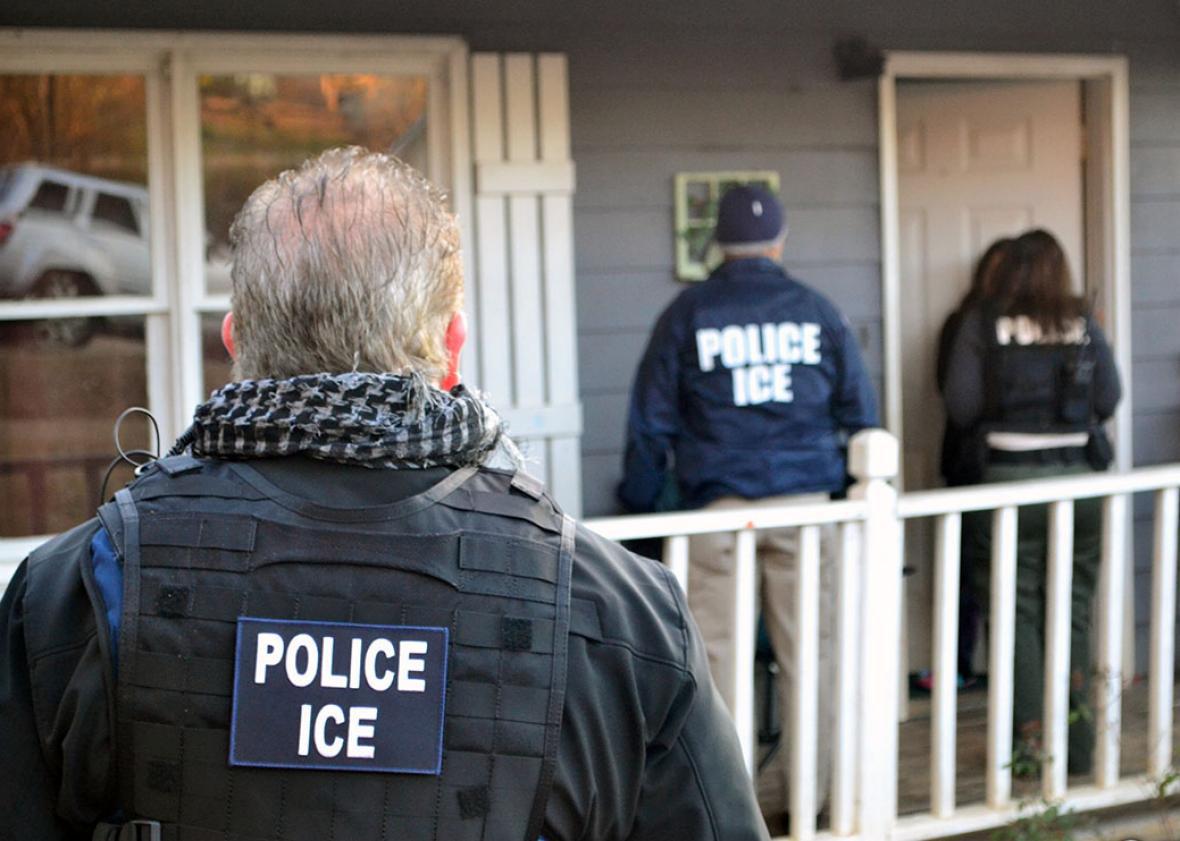 A common trope in American-made, Nazi propaganda movies, was that in their police state, at any moment and for no reason, you could be stopped and forced to show your “papers.” Well, maybe not forced but if you didn’t the implications were obvious. You might be “black bagged” and “disappeared.” Your family would never find out what happened to you and they would know not to ask questions. Anyone who has, for any reason been stopped by police, even walking down the road, knows that American cops expect you to have your “papers.” This isn’t Nazi Germany, this is America; and it’s for “their protection.”

The immigration situation in this country has gone beyond the “well Obama did it too” whataboutism. He did not do what is being potentially foisted upon every American. Trump has unleashed Customs and Border Patrol (CBP), local and federal police upon the populace. And they are not interested in your rights. This will become obvious.

It used to be that CBP could monitor and detain any persons within 25 miles on the U.S. side of the border (water borders as well) they believed were possibly here illegally. That distance was extended out to 100 miles in 1953. This meant that nearly 2/3 of the population was subject to stop by CBP at any time. In the seven and a half years ending this past February, nearly 20% of the cases investigated by Immigration and Custom Enforcement (ICE), showed that the detained were U.S. citizens.

Trump has just made that nationwide, and yes, innocent, American citizens are getting caught up in his promised crusade. 18-year-old, Texas born, Francisco Erwin Galicia, was kidnapped by CBP and handed over to ICE where he was held in custody (imprisoned) for three weeks. He was only released when The Dallas Morning News picked up the story. When the press caught wind of it, he was let go within 24 hours. Galicia was held with 60 other men, not allowed to shower for the 23 days he was incarcerated and lost 26 pounds. He states that he was ready to sign deportation papers just to get out of the hellish experience. To cap this all off, when he was detained, he had ID on him to prove he was a citizen.

In an attempt to cover up the Galicia story, Brian Hastings, chief of law enforcement at the U.S. Border Patrol, told the House Judiciary Committee that Francisco had claimed to be a Mexican national, born in Reynosa, Mexico. It turns out his assertion was false and it was Francisco’s brother Marlon, who was stopped with Francisco, who made these statements.

Detaining a 9-year-old for 32 hours even though she had in her possession an American passport is very “heroic.” Using the excuse that the picture didn’t look like her is all too convenient. That’s the story of Julia Medina who was swiped up on her way to school with her 14-year–old brother on a Monday morning. Her family lives in Tijuana but she crosses the border daily to go to school. In the 32 hours they were accosted, CBP accused the boy of human smuggling and tried to get him to sign a document saying Julia was his cousin. They were only released when the parent begged the Mexican Consulate to contact U.S. immigration.

There are many cases that can be listed, most of which are equally as infuriating as those listed, but the expansion of CBP and ICE’s territorial jurisdiction is not the only alarming change that has been made.

Previously, CBP and ICE could detain anyone within the 100-mile border jurisdiction and put them in the “expedited removal” program if they determined that the person had been on this side of the border for two weeks or less. The Department of Homeland Security recently changed that to not only include the unlimited range of their authority, but now they can fast track anyone who has been here less than two years.

What are the implications of this? One would hope they would be obvious. ICE, like any other law enforcement agency, follow orders, doesn’t ask questions and expects you to be able to present evidence of what you are being accused of on the spot. When you combine that with the fact that “expedited removal” bypasses the due process procedure of a hearing before an immigration judge, the opportunity for the kind of situations that have occurred with Mr. Galicia, and the minor Julia Medina, will become more widespread. The very institutions that are theoretically designed to protect the rights of the people, because of bureaucracy and a “just following orders” mindset, will end up damaging the very ones they have sworn to protect.

Taking into account all of the facts that have been exposed here, there is still a segment of the population, which disappointingly includes many “libertarians,” who believe this collateral damage is worth it because there is “an invasion” happening on our southern border. They ignore that immigration through said area is experiencing a down turn and was up a mere .6% from 2010 to 2016. Although, if the president and his acolytes say an inrush is happening, it must be gospel truth.

We live in a time when many people on “the Left” throw around the term racist with reckless abandon. They have attempted, and in many cases succeeded, in weaponizing the word. At this point the term has become all but meaningless. It’s impossible to believe the majority of this country is racist. It’s a hard sell. On the rare occasion that actual racism raises its ugly head, even those the Left would point to with their ludicrous accusations, step up and denounce it. That being said, Trump has never mentioned that the government has to crackdown on immigration from Nordic countries. And yes, I do mean legal immigration. There is plenty of information in the public to show that legal immigration from the South has been made exceedingly more difficult. He explicitly mentions Mexico even though many are coming from Central American nations where U.S. foreign policy has caused chaos and violence for decades, not to mention the “War on Drugs.”

Even when it can be proven that people overstaying their visas outweigh ones illegally crossing the border, the advocates for reduced legal immigration don’t want to address it. Why? Are they from “preferred groups?” Is it because even though they did it the right way to start, they should now be given a pass? Again, why?  Asking questions that people don’t want to address because they’re afraid of the answers they’ll give, should get liberty loving people thinking at this point.