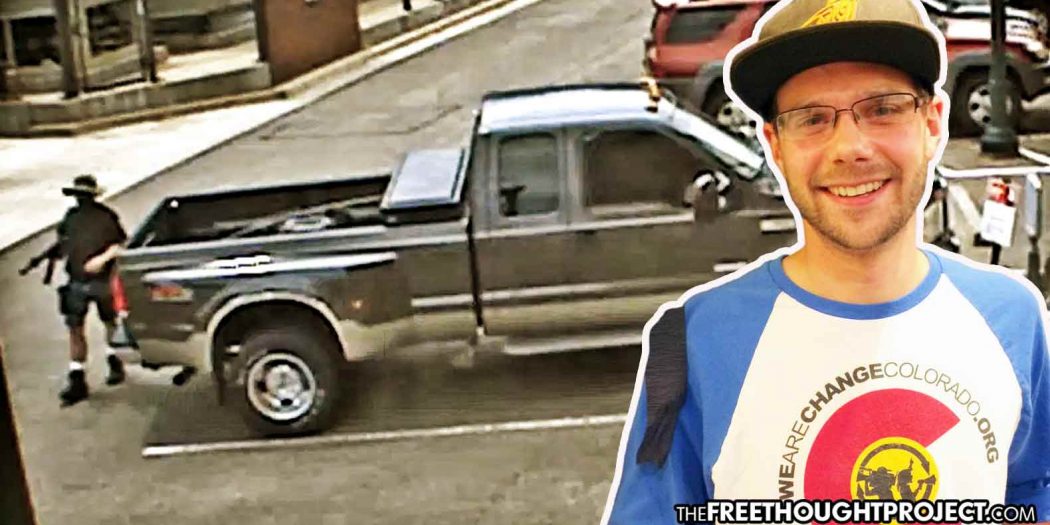 In June, a deranged gunman, 59-year-old Ronald Troyke, began what was about to be a deadly mass shooting. His first victim would be Arvada Police Officer Gordon Beesley, and, according to the reports that evening, his next victim would be liberty activist and friend to many members of the Free Thought Project, including this author, Johnny Hurley. But it didn’t quite unfold like the original reports claimed. Hurley was actually the hero who stopped the gunman and when other officers arrived on scene, they killed the hero.

It has been over a month since Hurley’s death and other than police admitting they were the ones who killed him, no other information has come out. There were surveillance cameras which captured Troyke shoot officer Gordon Beesley and which filmed the interaction between Hurley and Troyke, and the officer or officers who showed up and killed him. However, none of this video has been released.

To those who witnessed the shooting, Hurley was hailed as a hero. He had stopped the deadly threat and saved many lives in the process. But his time as a living hero was only brief. Moments after saving countless lives, Hurley would be killed by police.

Police claim, though offered up no evidence to back it up, that Hurley had picked up Troyke’s AR-15 and an officer or officers opened fire on him, mistaking him for the shooter.

“He did not hesitate; he didn’t stand there and think about it. He totally heard the gunfire, went to the door, saw the shooter and immediately ran in that direction,” witness Bill Troyanos said. “I just want to make sure his family knows how heroic he was.”

“He turned back and looked towards everybody at the restaurant and told us that he (Troyke) is coming, that he is coming back and that we should get inside,” another witness who asked not to be identified said. “I ran to the back of the store, closer to the alley, kind of ‘nooked’ myself in a corner just to feel safe.”

“Mr. Hurley shot him. I think I heard 6 shots from his gun, maybe 5,” Troyanos said.

These are the only details police have acknowledged yet they refuse to release anymore.

After released a heavily redacted version of the video which omits the aforementioned details, the only other information to come from the Arvada Police Department was the following statement, noting that no more transparency will come from them:

“Further video or statements related to the officer involved shooting will not be released at this time. Any further release will be determined by the Jefferson County District Attorney’s Office at the conclusion of the CIRT investigation.”

Below is the video. It stops after Troyke shoots officer Beesley and returns to his truck to grab his AR-15. It was everything that happens after this point that police are choosing to keep from the public’s eye, including Hurley’s own family.

is name to help pay for expenses and showing just how much people respect and miss him, it has raised over $80,000. You can donate to it here.

Johnny Hurley was an outspoken activist for freedom and peace and he spent the last decade or more of his life seeking those goals for the world. His dedication to the preservation of life was so strong that it actually cost him his own life.

Rest in Peace, Johnny Hurley. We will not stop until we have all the answers.