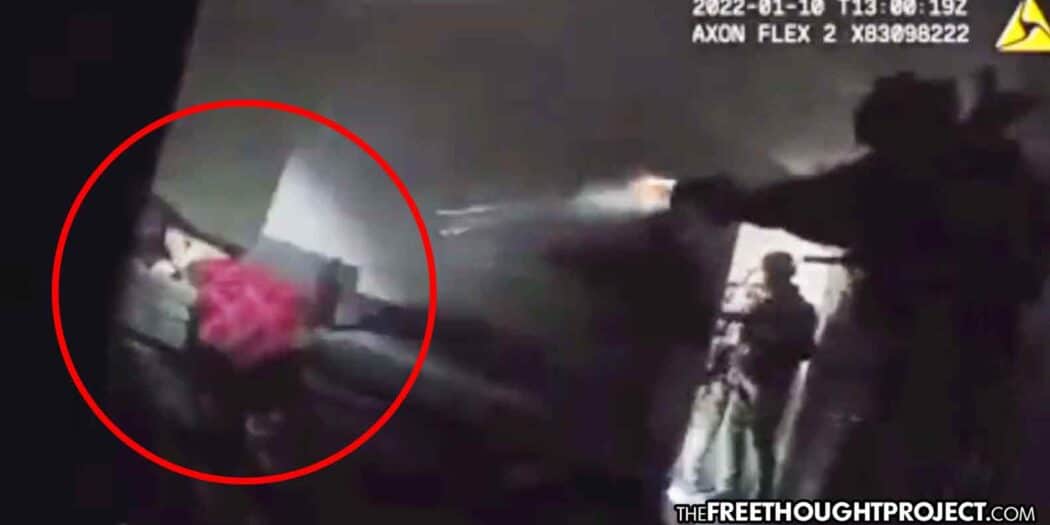 If you were to read the local news sites in Las Vegas earlier this month, you would think that police—while saving the public from a dangerous murderer—were ambushed and two of them were shot, barely escaping with their lives. The “shooter’s” face, plastered on news sites, telling the public that he fired 18 shots at officers before they finally and heroically killed him. But Isaiah Tyree Williams wasn’t so much a shooter as he was a victim of police violence. Their badges do nothing to change this reality.

After police executed Williams in his own home, a report from a local CBS affiliate read as follows, “Police said the shooter, 19-year-old Isaiah Tyree Williams, opened fire when officers broke a window and entered the apartment near Nellis Boulevard and Vegas Valley Drive at about 5 a.m. on Monday.”

But the question is this: does defending your home from armed intruders make you a “shooter”?

Had Williams been accused or suspected of a crime, perhaps police may have been more justified in their actions. However, he was not. Williams was not the person police were looking for and thanks to their brutal incompetence, two cops are recovering from bullet wounds and a black teenager is dead.

On that early morning raid, police were looking for 23-year-old Wattsel Rembert who was not staying at that apartment. Rembert is accused of participating in a shooting at a casino back in November. Instead of simply arresting Rembert in a normal manner, police chose to dangerously show up in the middle of the night, bash in doors, throw flash bang grenades, and put everyone involved in danger.

During the raid, Williams, who was asleep on the sofa when armed intruders broke into his home, began firing after a flashbang grenade smashed through his window. Police answered back with their AR-15s and pistols, firing 23 shots into the teen’s body—executing him on the sofa. He was still under the blanket when he died.

Two of the armed intruders, Officer Kerry Kubla, 50, and Officer Brice Clements, 36 were injured in the shooting.

After the shooting, police held a press conference, during which they demonized Williams, rattling off all the charges Williams would have faced for defending himself in his own home against armed intruders who threw a grenade through his window as he slept.

For defending himself against armed intruders, clearly intent on doing him harm in his own home as he slept.

As you watch the video below, it is clear that police did yell, “police department, search warrant.” But they did so as they bashed in windows, set off a flash bang grenade and used a battering ram on the door.

The idea that a person—who had committed no crime—is supposed to wake up calmly as windows are breaking and grenades are exploding in their home is utterly asinine and speaks to the failed and ineffective nature of no-knock raids. Sadly, judging by the comments from Assistant Sheriff Andrew Walsh, police still think that early morning no-knock raids keep them safe.

Had Williams not been executed and two officers shot during this raid, Walsh’s comments would be laughable. Unfortunately, however, they highlight the sheer disconnect between the reality of policing and playing warrior cop.

Exposing the entirely unnecessary nature of the raid is the fact that the actual person police were looking for, Wattsel Rembert, turned himself into police without incident.

Watch as cowboy cops in Las Vegas, Nevada serve a warrant on WRONG person; KILL HIM as he tries to figure out if he’s victim of home invasion. *Full shooting shown. pic.twitter.com/je7UoPBrt4