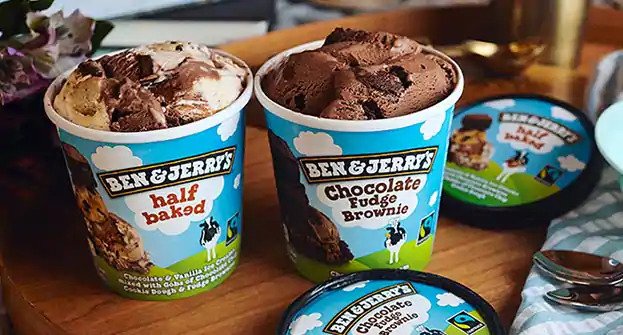 On Wednesday, Israeli President Isaac Herzog called boycotts against Israel a “new kind of terrorism” after Ben & Jerry’s announced it will stop selling ice cream in occupied Palestinian territories at the end of 2022.

Israeli officials are outraged at the American company’s decision, and Herzog railed against the Boycott, Divestment, and sanctions movement (BDS) that promotes boycotts to hold Israel accountable for its occupation and war crimes against Palestinians.

“The boycott against Israel is a new type of terrorism — economic terrorism. Terrorism that seeks to harm Israeli citizens and the Israeli economy. We must oppose this boycott and terrorism of any kind,” Herzog said. “The BDS campaign does not pursue peace and seeks to undermine the very existence of the State of Israel. It is aiming its arrows at the Israeli economy.”

The Palestinian Authority, which welcomed Ben & Jerry’s decision, fired back at Herzog’s comments. “The occupation is terrorism itself. It is the worst kind of terrorism,” the PA Foreign Ministry said in a statement.

Also on Wednesday, Israeli Interior Minister Ayelet Shaked slammed Ben & Jerry’s decision in a visit to the ice cream makers factory in Israel. “Ben & Jerry’s International chose to suck up to terrorist and antisemitic organizations instead of being faithful to its Israeli licensee,” she said.

Shaked said Israel will enlist pro-Israel groups in the U.S. to boycott the ice cream company. Over 30 U.S. states have passed anti-BDS laws, and Israeli officials are calling on those states to enforce them against Ben & Jerry’s.

The reaction by Israeli officials to the decision by Ben & Jerry’s makes it clear that Israel is threatened by the boycott movement. The view of Israel is changing in the U.S., and more momentum is behind BDS than ever before. A recent poll found that 25 percent of Jewish American voters consider Israel to be an apartheid state.