Raising the Debt Ceiling Is Raising Your Taxes

Raising the Debt Ceiling Is Raising Your Taxes 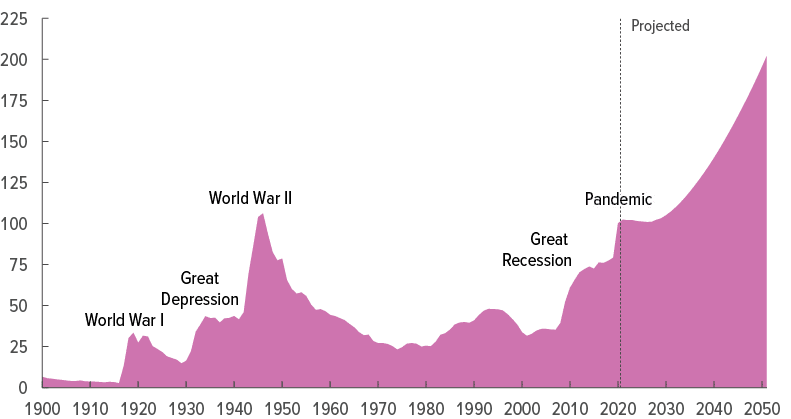 With Thursday’s passage of a continuing resolution that funds government operations until December 3rd, Congress dodged one fiscal cliff, but a bigger one looms ahead.

The federal government has maxed out its credit, and if Congress doesn’t raise the statutory debt ceiling by October 18, the Treasury won’t be able to cover all of Uncle Sam’s obligations.

With Democrats controlling the House, Senate and White House, Republicans have declared they’re leaving it entirely up to the Democrats to raise the ceiling through the budget reconciliation process. Democratic leaders and their media allies claim that would be too complex, time-consuming and risky.

However, if past experience is a reliable guide, we can expect a couple weeks of harsh rhetoric, media hype and hand-wringing that culminate in the debt ceiling being modified for the 99th time in its 104-year history.

That said, amid all the attention paid to the Capitol Hill debt-limit poker game that not only pits Democrats against Republicans but also progressives against moderate liberals, it’s easy to lose sight of a hard truth about America’s $28 trillion debt: As a burden that will fall on future generations, government debt is a form of taxation without representation and is therefore profoundly unethical.

“No taxation without representation” was a rallying cry of the American Revolution. Even in today’s divided country, the notion is still embraced as a bedrock principle of fair government by people of all political stripes.

Too few, however, appreciate that government debt is taxation without representation.

The federal government has racked up more than $28 trillion of debt—that’s more than $86,000 for every citizen alive today. With huge annual deficits now considered normal, there’s no hope it will be repaid any time soon. That means every deficit dollar is a burden that will be forced on future Americans who didn’t elect the spendthrifts who are shackling them to it.

Though debt has been a steady fixture in American government, it’s at an alarmingly high level today and projected to skyrocket even higher over the next 30 years—which is as long as the Congressional Budget Office makes projections.

Note the official $28 trillion of debt greatly understates the true peril—by omitting something that’s required on any private firm’s balance sheet: unfunded liabilities. Add promised Social Security, Medicare and other government benefits, and the real U.S. debt is somewhere between $113 trillion and $239 trillion.

Now that they’ve lost control of the legislative and executive branches, Republicans who fell off the debt-hawk wagon during the Trump administration are urging fiscal restraint.

The reverse phenomenon can be seen across the aisle. During the Trump administration, former Federal Reserve chair Janet Yellen said “the U.S. debt path is completely unsustainable.” Now that she’s Secretary of the Treasury in a Democratic administration, she’s recommending the debt ceiling be repealed altogether.

Of course, Yellen isn’t alone in whistling past the federal fiscal graveyard. Check out this emphatic denial of reality from MSNBC host Chris Hayes:

THERE IS NO BRUTAL FISCAL REALITY THE NATION FACES; IT IS ENTIRELY MADE UP!

West Virginia Democratic senator Joe Manchin begs to differ. “What I have made clear to the President and Democratic leaders is that spending trillions more on new and expanded government programs, when we can’t even pay for the essential social programs, like Social Security and Medicare, is the definition of fiscal insanity,” he said in a statement issued Wednesday.

The millstone that today’s government is tying around the necks of our children, grandchildren and great-grandchildren is multifaceted:

While it will create plenty of grist for next year’s election advertisements, Washington’s debt-ceiling theatrics will likely do little to change the government’s long-term debt trajectory. That would require something neither party has shown a meaningful appetite for: real spending cuts.

Meanwhile, mainstream media messaging will continue conditioning Americans to view huge deficits as perfectly acceptable, with the Overton window of discourse centered on just how huge they should be.

In turn, that distorted framing will further inhibit citizens’ realization that today’s government debt is a growing tax unfairly imposed on Americans who haven’t even been born yet.

This article was originally featured at Stark Realities and is republishehd with permission.