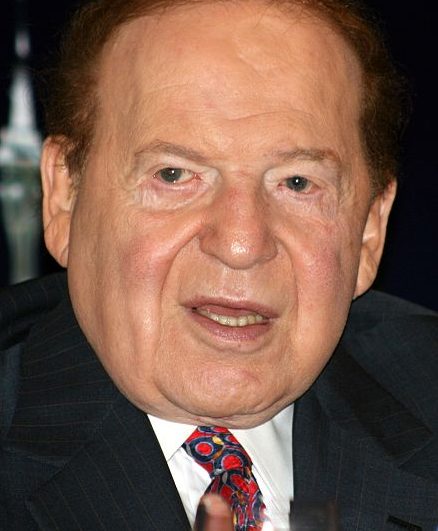 Campaign for Liberty Chairman Ron Paul recently penned an op-ed for the New York Daily criticizing the Justice Department’s recent reversal of the 2011 memo finding that the 1961 Wire Act gives the government authority to ban online gambling even in states that have legalized online gambling.

As Dr. Paul points out, this was a gift to billionaire casino owner (and top GOP donor) Sheldon Adelson. Hopefully, the Justice Department will reverse its decision and stop putting crony capitalism ahead of the Tenth Amendment.

You can read Dr. Paul’s op-ed here and below:

In one of the most brazen examples of crony capitalism since President Trump was elected, on Jan. 14 the Department of Justice just made public a memo stating that federal law prohibits the state legalization of internet gambling. This re-interpretation could potentially reverse states’ existing policies, all as a seeming thank you gift to Las Vegas casino owner Sheldon Adelson, who with his wife just sent over $100 million to Republicans for the midterm elections.

All of this is not a coincidence. It has been eight years since the Department of Justice issued an opinion based on court rulings and proper statutory interpretation that the long-standing Wire Act does not prohibit states from legalizing online gambling. The decision allowed states like Delaware, Nevada, New Jersey and Pennsylvania to unleash positive economic activity, creating jobs and driving voluntary tax revenue for areas like education and infrastructure.

Over the past decade, the ability of adults to gamble in their own states and homes has not sat well with Adelson. Despite being labeled as a limited government advocate, Adelson wants the federal government to dictate states’ gambling policies, damaging the Tenth Amendment of the Constitution and short-circuiting the ability of states to make their own determinations on the issue. He began to lobby Congress to overturn the existing interpretation of the law.

No matter how hard he tried, Adelson couldn’t seem to formulate a congressional coalition large enough to stomp out his casino’s online competition. Members of Congress were quick to recognize that the casino magnate’s anti-online gambling bill, sponsored by Republican representatives like Sens. Lindsey Graham (R-S.C.) and Tom Cotton (R-Ark.), which introduced the legislation just one day after Adelson’s donations became public, was a swamp monster that disregarded the rule of law.

For example, at a hearing on the bill, a number of representatives, including Rep. Jody Hice (R-Ga.), a Southern Baptist preacher who opposes gambling on principle, and Mick Mulvaney, now President Trump’s acting chief of staff, defended the rights of states to make their own determination on the matter. And so, for nearly a decade, Adelson’s efforts went nowhere.

It wasn’t until another Adelson ally, Sen. Jeff Sessions, became the head of the Department of Justice that things began to percolate. Rather than focus on lobbying the legislative branch, Adelson started devoting more attention to the administration itself, with his coalition hiring a lobbyist that was a past lawyer of Sessions. Although the attorney general recused himself of the matter, the Justice Department just publicized an opinion stating the Wire Act applies to all online gambling — giving Adelson the long-sought victory that he’s been fighting for all these years.

If and when he wins, the Constitution and over a dozen states will lose. Four states have legalized online gaming, and plenty of others have authorized the sale of lottery tickets online since the DOJ began the legalization process in 2011. Why should the financial urges of one casino owner trump the constitutional rights of  of the individual states and the choices of their residents?

Trump was elected to drain the swamp, not fill it. If his DOJ, which has frequently abandoned and ignored his policies since he was elected, effectively tramples on states’ rights, it will mark yet another stain on his administration’s legacy that will not be ignored.

Over the course of the past century, a number of truly awe-inspiring heists have been carried out by con artists, whose modus operandi is to exploit human frailties such as credulity, insecurity and greed. Con is short for confidence, for the con artist must first...

END_OF_DOCUMENT_TOKEN_TO_BE_REPLACED

Just when you thought our wise overlords in government couldn’t make our economic situation any worse, Joe Biden dares to dream the impossible dream, and endorses legislation to stick it to freelance contractors called: The PRO Act. This is nearly identical to the...