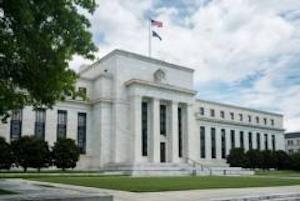 Scott Sumner recently penned  an article suggesting that the Federal Reserve needs to modernize its approach to monetary policy, a sentiment shared by many economists and policymakers. The Fed certainly has made a series of changes and adjustments to increase its transparency and its credibility after President Nixon took the world off of the Bretton Woods era gold standard in 1971.

However, in Sumner’s case, he is asking for a modernization of the monetary policy schedule. The Fed’s monetary policymaking body—the Federal Open Market Committee—meets approximately every 6 weeks, takes a vote and then issues its policy guideline for the Federal funds rate, i.e., the FFR, over the next 6 weeks.

Sumner advocates a system that would have all voting members of the committee emailing the chairman their desired rate on a daily basis. He would then choose the median rate for the Fed to target on that day. The FFR and all the rates based on it could change on a day-to-day basis.

Sumner thinks this is a superior approach because daily change happens in all markets, so it looks like a more market-oriented data series denominated in tiny increments of 1/100 of 1%. Compare this to the clunky stair-step approach we have today where rates change in 25/100 of 1% increments on an irregular basis.

The second reason for this reform is that the Fed committee can make mistakes as it did in 1937, according to Sumner, leading to a severe recession. The 1937 Fed was reluctant to reverse course because they would be admitting their mistake in such an obvious way of lowering the FFR in an abrupt manner. With Sumner’s reform the admission of failure and guilt would be far less obvious to the general public.

However, the underlying question is whether you want the FFR to adjust quickly or correctly. It seems clear that Sumner and many economists, including myself, think that the Fed is regularly making mistakes. Market determination is both quick, regular, and tends to be more correct than bureaucratic determination. However, in order to get a more market oriented monetary policy, it is necessary to rethink the artificial construct of targeting the FFR.

The current approach involves reading the tea leaves of aggregated data. How fast is GDP growing? What is the state of the labor market? How rapidly is price inflation rising? However, it is not always clear what the raw data implies. Sometimes declining GDP is a good thing, such as after World War II. Sometimes a declining labor participation rate is a good thing, as when more Americans are enjoying their retirement.

Then there is the issue of the revision of those statistics. GDP, a flawed measurement of the economy is released three times over the four months following the end of the three month period it intends to measure.  How are open market committee members suppose to make daily projections based on that kind of process?

If we scrapped the current system, then it would be bankers that are going to determine the FFR based on their daily decisions to borrow or lend in the Federal Funds Market, where banks borrow from other banks on a short term basis to meet their reserve requirements.

Bankers would be basing their decisions on the anticipated and actual amount of business that walks through the door on a daily basis. Are deposits rising or falling? Are applications for loans rising or falling. Are people going for longer or shorter term loans? Are customers depositing money in short-term deposits or longer term CDs? All of this information is readily available to bankers.

The Fed is driving the economy by looking out the rear view mirror and is bound to make mistakes. Bankers will also make mistakes, but not only can they adjust very quickly, but they have the information to make more correct decisions and to make the necessary adjustments. Their ability to stabilize the market should only improve over time with experience.

With these market-determined interest rates there would be more stability in assets such as real estate and stock markets, avoiding the booms and busts of central-bank-fueled business cycles. This would offer Americans greater stability and confidence in their savings, something that is all the more important given concerns about solvency of social security. Economic growth would be natural, not artificial.