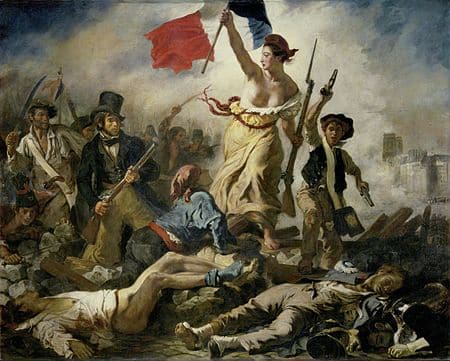 If you’re like most people, you don’t go around killing or assaulting others. You probably would never think of torturing, raping, kidnapping, or confining your fellow men and women. I doubt if you’d think that stealing or vandalizing their belongings would be a good thing. And I’m sure you’d never dream of stopping people from pursuing their chosen occupations.

Taking this a step further, I’ll also assume you wouldn’t think these actions would be fine as long as you had the endorsement of a bunch of other people, specifically, if more people expressed approval of such an actions than disapproval.

Now if all that is true, guess what: you are on your way to being a libertarian. Don’t retreat from it. No, embrace your inner libertarian. It’s a good thing to be. We often hear about the need to respect, tolerate, and even love humanity. That’s nice but abstract. Humanity consists of individual human beings. So when you begin to make the admonition about loving humanity concrete, you can’t help but start with: 1) don’t murder individuals; 2) don’t hit or otherwise abuse individuals, and 3) don’t touch individuals’ stuff without asking. You may want to go beyond those rules — we have much to gain from peaceful cooperation, importantly including trade of all kinds — but that is the starting point, the bare minimum. Don’t tell me you love humankind if you can’t endorse those rock-bottom don’ts.

Why do most of us live by those prohibitions? Most likely it’s because we have a sense that this is simply the right way to be. We realize that other people are essentially like ourselves, and so we should let live because we want to live. We can take different paths to this conclusion, but most of us get there. It’s not difficult to figure out. Kids do it, even if they occasionally need guidance.

But if a government is just people, we ought to expect the don’ts set out above to apply, no? Many people, alas, don’t see this. (Government education is largely to blame.) They exempt from those rules anyone thought to be acting in an “official capacity.” But why? And shouldn’t the burden of proof be on those who advocate a double standard of morality, one for the ruled and another for the rulers?

Don’t reply that democracy makes it all right. We’ve already seen that you and I wouldn’t abuse someone else if we could muster the support of a lot of people. Why would the situation differ if people formally voted?

You may be thinking that “officials” can do things to other people that you and I may not do because government exists to protect us. Fair enough. Let’s talk about defense, self and otherwise.

You may properly use proportional force against someone if necessary to protect yourself or other innocents against aggression. Not only that: you may hire others to protect you or band together with others for mutual defense and aid of other kinds. Nothing wrong with that.

But note: those whom you engage for such a purpose are still subject to the rules the rest of us follow. They may not, under the rubric of defense, commit offenses against innocent people. If they do, they ought to be treated as any of the rest of us would and should be.

Obviously, the individuals who comprise the government are not held to this standard. They routinely use force against people without even the pretense of protection of innocents. Take taxation. If you, having threatened or hurt no one, don’t surrender the money the people who comprise the government demand, they will not take no for an answer. If you decline, they will send armed agents to seize your belongings and maybe even lock you up in a cage. Should you resist those armed agents, they may kill you with impunity for “resisting a lawful arrest.”

You and I can’t treat other people that way. Wherefore the double standard? Needless to say, the power to tax is the root of all other government power, which some people then grab to gain wealth that would be impossible to obtain through voluntary exchange.

Once you explicitly grasp the implicit rules you already live by, you are a long way toward being a libertarian. All that’s left is for you to realize that those rules apply to everyone, even those who shroud themselves in the mantle and mystique of the state.

END_OF_DOCUMENT_TOKEN_TO_BE_REPLACED

Happy Independence Day, although I prefer immanent to vicarious independence.

END_OF_DOCUMENT_TOKEN_TO_BE_REPLACED 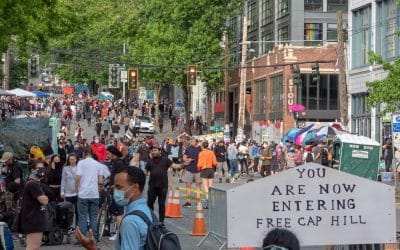 In a recent Mises Wire article, Jeff Deist commented on the squatting of Capitol Hill in Seattle. Contrasting Hans-Hermann Hoppe’s and Walter Block’s respective libertarian approaches to public property, Deist asked if the residents of the ‘CHAZ’ (Capitol Hill...

END_OF_DOCUMENT_TOKEN_TO_BE_REPLACED

The time is now for American libertarians to get together and publicly broadcast “the solution.” It is my belief that almost all long-time libertarians agree on this solution with perhaps slight variations. The internal debate is mostly in the practicality of the...

END_OF_DOCUMENT_TOKEN_TO_BE_REPLACED 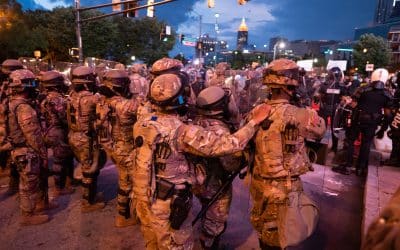 The aftermath of George Floyd's murder has ushered in a grisly scene of terror for many. All around the country police are attacking peaceful protestors while ideological opportunists loot and riot, destroying private property and burning down cities. As emotions run...