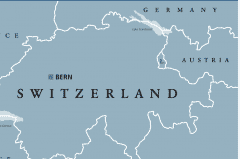 In the wake of the Brexit vote, Scottish nationalists have renewed their calls for a new referendum on Scottish independence. But many remain unconvinced, and many claim Scotland is “too small” to be an independent country. Others claim that Scotland is too poor, since Scotland’s GDP per capita is only 90 percent that of England.

But by no measure is Scotland a “poor” country. It may be poorer than England, but Scotland’s GDP per capita puts it about halfway down the rankings of all Organisation for Economic Co-operation and Development (OECD) countries. That means it’s similar to France and Japan by this measure.

If Scotland is relatively less well off than many other rich Western nations, there is no reason to assume that this is due to its size. With 5.4 million people, Scotland is about the same size as New Zealand and Finland, and only slightly smaller than Denmark. None of these countries are “barely scraping by.”

Yet this hasn’t stopped critics from claiming that even the United Kingdom is itself small. Scottish pundit George Galloway, for instance, denounced the idea of Scottish independence because it would “break up this small country.” He meant the United Kingdom. The UK, however, is larger than all but twenty countries. If Scotland seceded, the Rump UK would still be the most populous in Europe except for Germany, France, and (of course) Russia.

Bigger Is Not Better

But why this obsession over bigness? There is no evidence that bigger countries are wealthier, happier, or more orderly than small countries.

After all, many of Europe’s wealthiest countries have fewer than 10 million people. Luxembourg, Norway, and Switzerland are among the wealthiest places on earth.

If anything, experience suggests that bigness is an impediment to health and wealth.

For instance, in his new book on American secession, F. H. Buckley notes that small northern European countries tend to be relatively wealthy and healthy. But this isn’t due to these countries’ supposed socialism. More likely, these countries are notable for their economic and political stability because they have small populations with a high degree of social cohesion. Buckley notes Finland, for example, is

one of the richest and least corrupt countries in the world. It also has the kind of social cohesion and unity that only small countries can have….If the country were twenty times bigger, it would be more diverse and less unified. Its leaders would be more remote from the people, and their policies more tainted by interest group corruption.

Americans, of course, don’t think this way. Living in a huge and diverse country ruled by a distant political elite in a city thousands of miles away might seem normal to many Americans. But it’s not normal for most of the world’s most well-off populations.

[The United States is] overly big, one of the biggest countries in the world. Smaller countries are happier and less corrupt. They’re less inclined to throw their weight around militarily, and they’re freer. If there are advantages to bigness, the costs exceed the benefits. Bigness is badness.

Buckley employs the usual statistical comparisons popular among social scientists today, and he concludes that bigness is not necessarily an obstacle to relative safety, prosperity, and social cohesion. But it doesn’t help. And there are steps that can be taken to lessen the effects of largeness. Decentralization helps, as does the presence of a relatively high degree of economic freedom. But it appears that the US is prosperous in spite of its size rather than because of it.

The Economics of Small Countries

Indeed, small countries have been notable for their economic success. The authors of a study from the World Bank (“Small States, Small Problems?“) conclude that “controlling for location, smaller states are actually richer than other states in per capita GDP.” It is true that, because of their small size, these countries can be more susceptible to volatility in times of economic crisis. This is partly driven by the fact that small countries tend to be more interconnected with other countries in terms of trade and investment. But the authors conclude: “their openness pays off in growth.”

Research devoted to the issue of smallness as a national economic characteristic has been relatively sparse. Nonetheless, it has been observed that small countries were notable in the days of the Great Depression because they “adjusted better.” Small countries have been of interest since the end of the Cold War, because they embraced economic globalization quickly.

For instance, in the 1990s, although many pundits and social theorists warned that the post-Cold-War break-up of large countries into smaller ones posed an economic danger, the empirical evidence suggested otherwise. Economist Gary Becker noted, “since 1950 real per capita GDP has risen somewhat faster in smaller nations than it has in bigger ones.” Becker concluded that “the statistics on actual performance show that dire warnings about the economic price suffered by small nations are not all warranted….Smallness can be an asset in the division of labor in the modern world, where economies are linked through international transactions.” Of the fourteen countries with populations over 100 million, only the US and Japan are wealthy.

None of this should be shocking. As historian Ralph Raico has shown, Europe’s rise to prominence as a world economic power was driven in large part by the smallness of Europe’s political jurisdictions in Late Antiquity and the Middle Ages. A lack of large states meant a higher degree of de facto economic freedom. This meant more economic growth.  The rise of large states and absolutist regimes during the Renaissance was in many cases an impediment to growth, not a driver of it.

But what about metrics beyond income?

When it comes to crime, there are three big ways to achieve low homicide rates: be authoritarian (i.e., Saudi Arabia and Vietnam), be ethnically and culturally uniform (i.e., Japan), or be small. Indeed, countries with remarkably low homicide rates include Luxembourg, Switzerland, and Malta. At the other end of the spectrum are large diverse countries such as Brazil, Mexico, and Colombia.1

Nor is smallness a problem in terms of health. While small countries don’t necessarily outpace medium-sided countries like Spain or Italy in terms of life expectancy, we see once again it’s the large countries that tend to struggle by this measure.

Some researchers have paired these metrics with survey data to compile an alleged “happiness index.” While survey data should always be taken with a grain of salt, it’s not entirely implausible that in the World Happiness Report, we find that no country with more than 50 million people ranks in the top ten.

In spite of their economic and social advantages, small states are nonetheless eschewed by many because they are presumed to be weak in geopolitical and military contests. These concerns often drive the creation of larger states. To state it more precisely: it is assumed that there are advantages of economies of scale in military affairs.

Militarists, of course, tend to come down on the side of presuming that one can never be too safe in terms of building up a huge military apparatus. Among the worst offenders in this case have been American conservatives, whose intellectual godfather William F. Buckley once insisted so long as there are military threats to the US “we have got to accept Big Government for the duration—for neither an offensive nor a defensive war can be waged…except through the instrumentality of a totalitarian bureaucracy within our shores.”

More level-headed theorists, however, have recognized the downside of this sort of paranoia, and the fact remains that large states—although assumed by some to be militarily safer—often underperform in economic and social indicators. In the long term, this will negatively impact a state’s ability to project power and to maintain stable alliances. Rich countries have greater access to the best military hardware, and they can wield soft power more easily than less rich ones.

For these reasons, even where defensive military coalitions are necessary, it is best to avoid centrally managed political and economic unity. After all, the presence of large and diverse populations within a single jurisdiction—a problem encountered by nearly every large country—comes with considerable costs. As noted in this study of the political economy of large countries, democratization drives populations in large diverse countries toward secession. That is, unless a state becomes dictatorial, largeness eventually leads to more instability—and presumably, greater geopolitical weakness.

The solution, not surprisingly, is decentralization, and the authors conclude, “rather than thinking about the division of the world into different countries, think about the division of a country into autonomous regions.” If there is a need for “economies of scale” in terms of defensive capability, the need for social, economic, and political autonomy at a smaller scale remains of great importance.

The world, unfortunately, is moving for now very much in the opposite direction. Although the United States is clearly headed down the road of political and social disunity, the central state has only become more aggressive in asserting both economic and political control. Meanwhile, in Europe the EU—with the exception of the United Kingdom—asserts ever greater regulatory and unifying force. Promises of a liberalized China are as yet illusory.

This isn’t to say that movements for greater decentralization and independence aren’t bubbling under the surface. Those trends are there, but the machinery of the modern nation-states has yet to show much willingness to acknowledge the benefits of smallness and political independence.