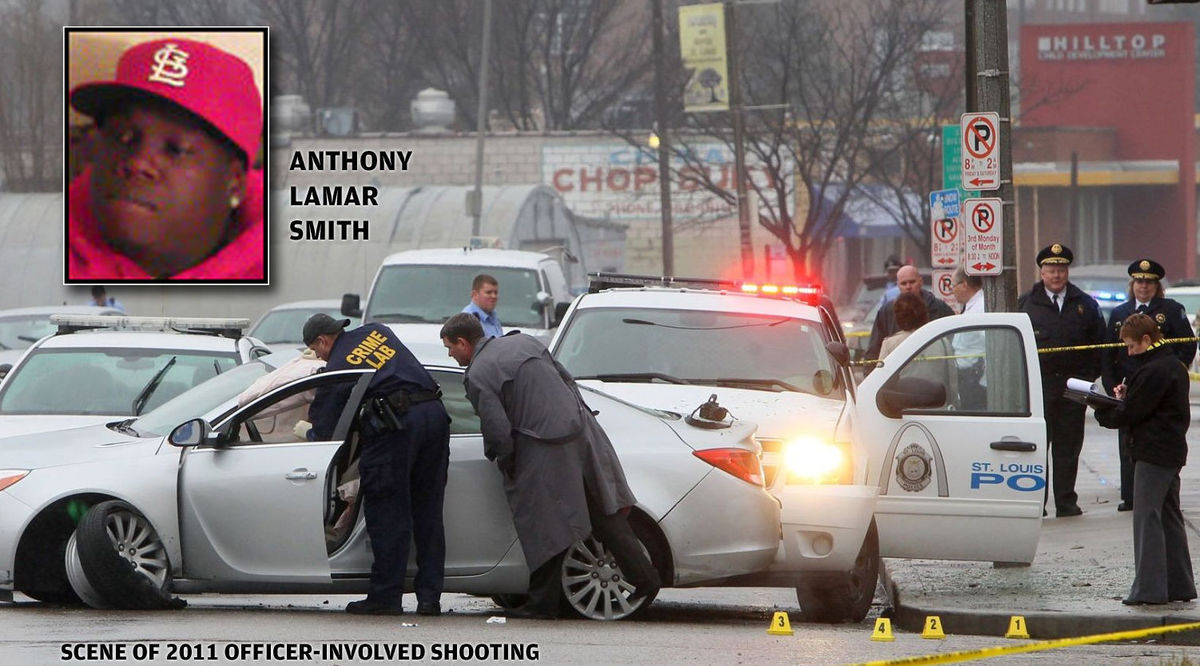 On Friday, Jason Stockley was acquitted of first-degree murder charges stemming from the 2011 shooting death of Anthony Lamar Smith. Many of the people of St. Louis have responded to the verdict with protests that have turned violent.

Mr. Stockley, who was a St. Louis police officer at the time of the shooting, was accused of premeditated murder almost six years after a high-speed chase ended with his shooting Mr. Smith, a black man, to death. Prosecutors further contended that Mr. Stockley planted a gun on the victim to make the shooting appear justified. Additionally, dash cam footage during the chase records Mr. Stockley declaring to his partner that he was “killing this [expletive], don’t you know it.”

Mr. Stockley waived his right to a trial by jury, instead receiving what is called a bench trial; that is, a trial heard and decided on solely by a judge. This judge took a month to hand down his verdict, and the 30-page ruling is certainly an interesting read.

Regardless of any personal feelings or opinions I might have about the case, I think we can all agree that the not-guilty verdict is hardly surprising. Indeed, in the last four months alone, in addition to Mr. Stockley, officers in Oklahoma, Minnesota, and Wisconsin were all acquitted of charges relating to shooting deaths they were involved in.

Rather than dwelling on the racial implications of these cases—implications that are numerous and heartbreaking and that I am in no way qualified to expound upon—I’d like to talk about the problems inherent in relying upon the State to police itself.

We Have Investigated Ourselves and Found We Have Done Nothing Wrong

The first problem we run into while relying on the criminal justice system—of which the police are apart—to constrain the behavior of the police is getting them to admit that anything was done wrong in the first place.

It’s pretty much impossible to know exactly how many people are killed by the police in any given time period because, for whatever reason, departments aren’t actually required to report these statistics. We can reasonably estimate, though, that between 2005 and 2014, it’s somewhere around 10,000. (I got this number by using statistics from here, assumed the numbers were consistent throughout those nine years, and then did a little simple math. In fairness, I might be erring high. There’s just not a good way to know.)

Let’s give some benefit of the doubt, and say that fully 98 percent of these killings were justified. That still leaves around 200 deaths that were not justified. Even if we’re really nice and say 99 percent were justified, we’re still left with 100 unjustified deaths. And yet, in that time frame, only 48 on-duty officers were charged with murder or manslaughter relating to those deaths.

Let me reiterate that: out of approximately 10,000 deaths, only 48 led to any charges.

This, I have to believe, is because we rely on the police to investigate themselves. If you can think of any profession, other than those involved in criminal justice, that is allowed to be the sole arbiter in whether or not its members have done something illegal, please tell me, because I can’t think of one.

So we have the police investigating themselves, then handing off their findings to prosecutors, who rely on said police for their own work, to decide whether or not anyone is to be held accountable under the law, which the selfsame police enforce. Do you see how this is problematic?

The Strong Arm of the Executive Branch

So, we’ve established that it is, to put it mildly, difficult for police officers to even be charged with a crime, any crime, involving a death at their hands. Assuming charges are even brought, it’s even more of a challenge to get a conviction.

Between 2005 and 2016, only 13 officers were convicted of murder or manslaughterrelated to on-duty deaths.

This could be for a few reasons. Judges and juries tend to give police officers every benefit of the doubt when it comes to the use of deadly force. To be fair, many of these instances come from split-second decisions made in the heat of the moment. That said, police training seems to skew significantly toward how to use one’s weapon as opposed to when to use it.

The thing is, the police are the strong arm of the executive branch of government—the literal boots on the ground. They are, allegedly, the only thing standing between civilized society and crime-ridden chaos. This common attitude—that the police are our saviors—grants them astonishing latitude when it comes to the manner in which they enforce laws.

Combine this with the distinct lack of willingness by police to investigate themselves to the same standard that they investigate “civilian” suspects, the tendency of prosecutors not to want to alienate their main, and often sole, source of evidence in their cases, and the strong legal precedent of prior police acquittals, and you get the perfect situation for no one to be held accountable for wrongful deaths.

Even when there is a wealth of evidence of police wrongdoing, the attitudes and circumstances outlined above almost always prove insurmountable.

Separation of Cop and State

If we continue to work under the assumption that, in our timeframe, our estimated 100 unjustifiable deaths lead to only 48 people charged and 13 convictions of any sort, that is an appalling conviction rate. That would be bad enough to get you run out of any district attorney’s office if the accused were anyone other than police officers. This suggests that something different is needed.

The most immediately viable solution would be the establishment of a completely separate criminal justice system that concerns itself solely with the behavior of the traditional one.

We’ve already seen steps toward this taken with the establishment of citizen review boards in various cities around the nation, but I submit that these are not enough. In most instances, these boards are strictly limited in their scope of influence with restrictions placed on who may make complaints and what sort of complaints are to be under their purview. What I’m suggesting is something entirely different.

While I have no doubts that police and prosecutorial misconduct have been a widespread problem for, well, ever, never has the evidence of it been so readily available to the general public. The statistics I’ve cited make it clear that the current criminal justice system is incapable of policing itself. This separate criminal justice system must be entirely that: separate. There must be no overlap between the two, because once there is, conflict of interest takes over, and we will continue to see gross miscarriages of justice.

This article was originally published on FEE.org. Read the original.