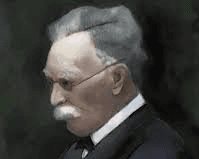 A pet peeve of mine is the distinction, drawn even by some market enthusiasts, between so-called personal liberty (or civil liberties) and economic liberty. The former, which usually includes freedom of conscience and religion, speech, and press, is thought to be noble and spiritual, while the latter, related to commerce and the pursuit of wealth, is held to be vulgar and materialistic. This has its roots in the thinking of the ancients.

The distinction thrills the hearts of those who disparage markets and “economic freedom,” Pro-market thinkers use the distinction for understandable analytical purposes. but I see no reason to leave the anti-market activists unchallenged on the point.

A New Deal-era Supreme Court case — upholding the federal power to ban interstate commerce in filled milk — embraced the division of freedoms when the majority in a famous footnote stated that “there may be narrower scope for operation of the presumption of constitutionality when legislation appears on its face to be within a specific prohibition of the Constitution, such as those of the first ten Amendments, which are deemed equally specific when held to be embraced within the Fourteenth.” That sentence meant in essence that government interference with economic liberty did not require the same strict scrutiny that interference with personal liberty required. How the justices ignored the protection of property rights in the Fifth and Fourteenth Amendments or Article I, Section 10’s protection of contracts against the states is a mystery to me, but the upshot is that Congress and the state legislatures were given greater latitude to regulate what were regarded as economic activities.

Calling this “arguably the most important footnote in U.S. constitutional law,” one commentator wrote, “Footnote four of United States v. Carolene Products Company, 304 U.S. 144 (1938) presages a shift in the Supreme Court from predominately protecting property rights to protecting other individual rights, such as those found in the First Amendment.” (Emphasis added.) With the word other, this statement at least includes property rights among our individual rights, which is more than most fans of the footnote and its underlying philosophy do.

Any way you slice it, over 80 years ago the Supreme Court declared that some rights or freedoms are more equal than others. Most of the intellectual elite would agree. So the idea of equal rights became old-fashioned. And so it is today.

This two-tiered system in which some rights are second-class — which means they are not really rights at all! — ought to be rejected. Individuals are integrated beings who pursue ends of many kinds every waking hour. Moreover, material possessions are as important to people’s life-affirming pursuits as any nonmaterial values.

Economics is indispensable because it explores what goes on socially and individually when people engage in exchange for any reason or abstain from doing so. The discipline focuses on the intended and especially unintended consequences of exchange, including the emergence of money to replace barter and the generation of relative prices in markets. That economists ignore some kinds of activities does not make those activities nobler than other sorts.

Besides, engaging in so-called personal liberty has economic implications because such liberty involves material objects. Free speech requires the use of resources, which in a modern society are acquired in the market. At the very least, a speaker has to stand somewhere. All activities have some, even if only slight, consequences in the market. They affect employment; they favor and disfavor certain kinds of businesses; and they change the prices of goods. If someone works long hours for money in order to visit the world’s great museums, architectural wonders, and symphony halls, is that perso engaged in an economic or non-economic pursuit?

At any rate, it makes no sense to artificially divide (non-invasive) human activities in the conventional way, especially when the disparagement of commerce is the purpose. All natural rights deserve equal protection under the law. The government should have no power to discriminate.

Two economists who emphasized the general character of all human action were Ludwig von Mises, a pillar of the Austrian school, and the British economist Philip Wicksteed. Mises called the analysis of the logical structure of all human action praxeology, and he pointed out that economics is simply the best-developed branch of that discipline. He wrote in Epistemological Problems of Economics, “Everything that we say about action is independent of the motives that cause it and of the goals toward which it strives in the individual case. It makes no difference …. whether it is directed toward the attainment of materialistic or idealistic ends….”

And in The Common Sense of Political Economy, Wicksteed, who has been called the “British Austrian” because of his work’s compatibility with the Austrian school, wrote, “It follows that the general principles which regulate our conduct in business are identical with those which regulate our deliberations, our selections between alternatives, and our decisions, in all other branches of life…. I shall try to shew that it is time frankly and decisively to abandon all attempts to … establish any distinction whatever between the ultimate motives by which a man is actuated in business and those by which he is actuated in his domestic or public life. Economic relations constitute a complex machine by which we seek to accomplish our purposes, whatever they may be.” (Read more here and here.)

So let’s have no more about the unequal status of economic and personal liberty. They are one.