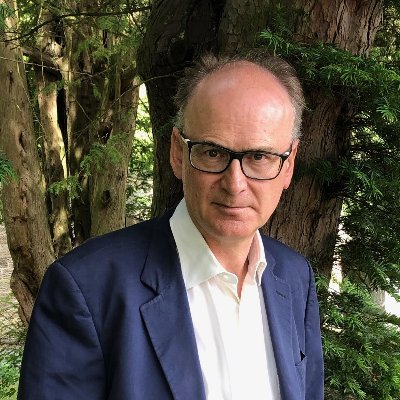 We mustn’t let the wrongdoing of politicians and bureaucrats blind us to the good things going on in the world. Outside the political realm, many things are doing pretty darn well. The long-term trends for many indicators have been positive for the last couple of centuries. Short-term disturbances, most often the result of political mischief, are temporary, and the progress resumes when the politicians loosen their grip or people find ways to ignore them. Regardless of the source, the data agree. This is not controversial stuff.

But make no mistake: this is not a recommendation for complacency. On the contrary, an outrageous number of people have been left out of the improvement, and that is a crime. We should want them to catch up. But, it has been wisely said, “You can’t fix what is wrong in the world if you don’t know what’s actually happening.

So what is actually happening? To begin with, wealth, real per capita income, per capita consumption, etc. have been expanding along with the world’s population. Poverty is vanishing. (While more people are a good thing, population growth has slowed, and as people get richer and have fewer kids, the population may well decrease a bit.) As Matt Ridley, “the rational optimist,” says, “Over the last 25 years 137,000 people have been lifted out of extreme poverty every day.” (See his video “Ten Global Trends Every Smart Person Should Know” and the book it draws on.)

According to the Guardian, “Global poverty has seen a spectacular decline since the 1960s – when about 80% of the world’s population lived in extreme poverty. Today that number has been reduced to nearer 10%, with hundreds of millions of people removed from the extremes of hardship.”

In other words, Ridley writes, “The rich get richer, but the poor do even better.”

Most people have no idea this has happened. In fact many think poverty is increasing. Young people are especially prone to this misconception.

This is all great news, and many other positive trends could be cited, including consumption as compared with the number of hours worked, crop production, planetary greening, health, lessening violence, leisure time, resource abundance, the pace of innovation, and hospitableness of the planet.

Why is this happening? In a word, liberalization. (Of course I mean liberal in the classical Adam-Smith/Mises/Hayek/Rothbard sense.) Liberalism is far from complete anywhere, but in many places, including the developing world, people are freer, if not in political terms, then in earning-a-living terms, than they previously have been. That gives greater scope to entrepreneurship and ingenuity, which Julian Simon called “the ultimate resource.” (So-called natural resources are not natural at all.) The globalization of trade, even when governments tamper with it, is part of this. “The division of labor is limited by the extent of the market,” Adam Smith wrote in The Wealth of Nations. In other words, the more people around the world who, guided by market prices, are free (or freer) to choose their work and trade with others wherever they are, the better. Specialization and the market’s law of comparative advantage, which has been dubbed “the most elusive proposition,” make people better off.

This suggests why too many others have lagged behind. They lack essential liberty. And when people lack liberty, including private property, they will also lack significant and just economic growth, that is, growth without government privilege.

A couple of billion people in the developing world lack modern fuels and electricity. This kills such people prematurely, among other reasons, because they cook and heat their homes with wood and animal excrement, which create deadly indoor air pollution. They lack access to modern cheap, reliable, and potentially clean energy (that is, fossil fuels) because their governments create obstacles and arrogant Western politicians egged on by rich social activists block their access–without justification but much irony–in the name of protecting the planet.

That is a crime. So as I said at the start, the good things going on should not make us complacent. Today a large number of Westerners in effect tell the developing world: “Too bad for you, but we can’t allow you to reach our standard of living. We like just the way you are.” So they want to pull up the ladder.