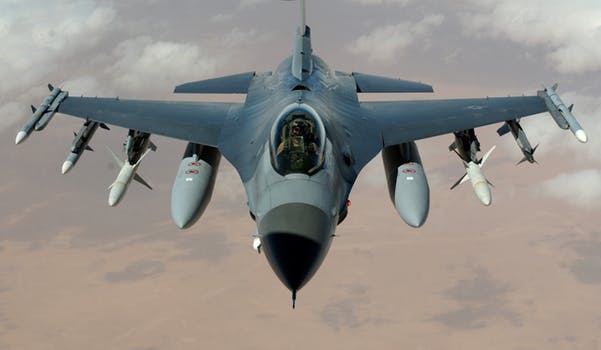 Imagine that back in the day, the U.S. government had contracted postal services out to a private company rather than setting up its own “public” agency. Today the U.S. Postal Corp. would have officers, directors, and employees who were not on the government payroll. They would be paid from the money raised by selling its services to the public and the government.

Would things be essentially different from how they are today? I think not.

Regardless of appearances, the U.S. Postal Corp. would be a de facto government agency. The government could use various methods to guarantee its existence, from an outright prohibition on competition to lesser measures like taxpayer subsidies, direct low-rate loans, loan guarantees, and explicit or implicit bailout promises such as banks receive. Even if none of those measures prevented competition from arising, the fact would remain that what looked like a private entity was actually a government bureau. It would be private in name only. We could say that a nominally private “firm” would not really be private if the government were indispensable to its existence, but maybe that’s too high a bar. (We can argue about how and where to draw the line. Murray Rothbard had some controversial thoughts about this in his 1969 article “Confiscation and the Homestead Principle.”)

We can certainly distinguish between an entity like the postal service, which does things that, per se, people have the right to do — deliver mail — and an entity like the Internal Revenue Service [sic], which does things no one has the right to do — extort money. (The government might have contracted out for tax collection.) But for our purposes here, that distinction is unimportant.

Advocates of freed markets would hardly want to express sympathy for a nominally private entity in the name of private enterprise or defend its questionable conduct on the grounds that if its conduct were not serving consumers, it wouldn’t survive market forces. Rather, advocates of freed markets would talk about this entity the way they talk about the U.S. Postal Service, the IRS, and other government agencies — with contempt. (On a related point, see my article “Can Mutually Beneficial Exchanges Be Exploitative?”)

Now let’s talk about America’s arms makers, the military contractors, which are routinely mislabeled “defense” contractors. (The military-industrial complex of course has little if anything to do with defense. It’s about empire,  aggression, and illicit profits.)

A nominally private corporation wouldn’t need direct startup cash, loans, or loan guarantees from the government to qualify as a de facto state agency. All it would need is the promise of government contracts. In fact, the very prospect of government contracts could entirely account for its founding in the first place. If the founders guessed wrong and the contracts did not materialize, the company would have to liquidate or write a more viable business plan.

It’s safe to say that America’s major military contractors would not exist — or exist in anything like the size and form we know them — were it not for the U.S. government and its mammoth military establishment. When it comes to demanding weapons of mass destruction — and I don’t mean only weapons that satisfy some technical definition; so-called conventional bombs can wreak mass destruction — the Pentagon has no rival. Its budget is larger than the next seven or so countries combined. And the U.S. government is the world’s largest arms exporter. Other patrons of those contractors, Israel, for instance, each year receive huge grants in  U.S. taxpayer money to buy their products. It is true that some patrons don’t need U.S. government assistance — Saudi Arabia comes to mind — but that should not lead us to believe that U.S. arms makers would be just fine if those were their only customers. It is surely the case that the U.S. government’s patronage, not to mention its involvement in basic R&D, has enabled those companies to achieve the economies of scale necessary to filling smaller orders profitably. Also, if a company were to get stiffed by a foreign government, I imagine that such a government would have to answer to the United States.

The upshot is that Lockheed Martin, Raytheon, Northrup Grumman, and others should not be regarded as private enterprises deserving of respect from advocates of freed markets. And so it follows that those advocates should not bridle at, say, congressional restrictions on to whom the contractors may sell. U.S. law pays lip service to the principle that American-made weapons should not be transferred to governments that are likely to use them aggressively, whether internally or externally. That principle, of course, is more honored in the breach than in the observance, and it would be nice if such hypocrisy would at last come to an end.

There would be no better time and place to start than now and Saudi Arabia, a rotten-to-the-core regime that oppresses the people who live directly under it as well as the people of Yemen, among others. Israel is another case. It receives more than $3 billion a year from the U.S. taxpayers for weapons that it routinely uses to kill and otherwise oppress innocent Palestinians. Aiding such regimes is immoral.

The murder of Jamal Khashoggi has fueled new congressional opposition to arms sales to Saudi Arabia. But after tens of thousands of deaths in Yemen (with many more in the offing) at the U.S.-aided hands of Saudi Arabia, it should not have taken the death of a Washington Post columnist to focus attention on that savage regime. That’s politics for you.

We cannot be optimistic that weapons sales to Crown Prince Mohammed bin Salman will be blocked or that such a ban would launch a more general campaign against the arms industry. We certainly shouldn’t expect any senator or representative to oppose military aid to Israel; that, alas, would be political suicide. But were the effort to block the Saudi arms deal to succeed, it would be encouraging and might even stimulate innovative thinking about how to stop the U.S. government and its military contractors from behaving like merchants of death.