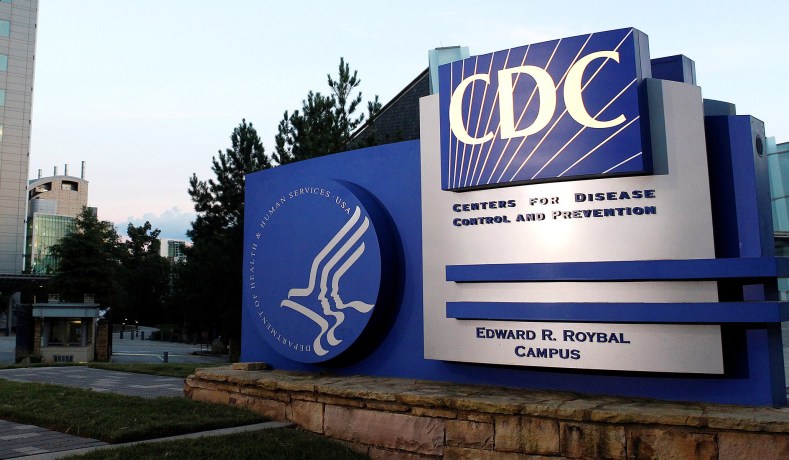 Libertarians have always acknowledged that emergencies — severe extraordinary conditions of limited duration — can justify actions that would be unacceptable under normal circumstances. This doesn’t mean that all the rights-based rules disappear, only that some measures are deemed permissible that otherwise would be beyond the pale. Danger, however, lurks in this principle, requiring eternal vigilance.

For example, if someone collapses unconscious in the street, you may do things intended to help him without his consent. This does not justify a general policy of paternalism. Another common hypothetical is that of the person caught in a life-threatening blizzard in the wilderness who happens on a cabin (which, let us say for simplicity’s sake, is unoccupied at the time). To save his life, the stranger breaks in, builds a fire, and eats the food. No reasonable person would fault him for not first seeking permission of the owner. What happens after the emergency passes is an interesting topic for discussion — should he offer compensation? should the property owner demand and accept it? — but let’s not get into that now. (Yes, the hypothetical could be made far more complicated than mine, but that’s also for another time.) Yet this cannot justify the abolition of property rights.

We might call those situations micro emergencies. They affect one individual or a few, while other people may experience nothing extraordinary at all. So what about a macro — society-wide or global — emergency — a widespread epidemic, let’s say? I can’t see why the principle of emergencies would not hold. The aim of ethics (politics being a subset) is human flourishing, not blind slavishness to duty.

Unfortunately this might mean that in today’s world — where a dangerous communicable disease threatens to overwhelm the medical system — governments would reasonably have freer rein to do things than they have in normal times. Most people would expect that to be the case and, moreover, would want it that way. I say unfortunately not only for reasons obvious to libertarians but also because the existence of the state has over a long period impeded and even forbidden the gradual spontaneous emergence of alternative, protean, voluntary public-health and mutual-aid institutions that would be better suited to responding to pandemics (and other disasters) than the centralized collection of politicians and bureaucrats we call the state. To see the point, you need only meditate on the leading government public-health agencies’ prolonged botching of the matter of coronavirus testing. (Although it’s been stretched nearly beyond recognition for obvious public-choice reasons, public health is a legitimate concept in light of the existence of serious communicable diseases.)

That we must regretfully do without those alternative institutions in the present emergency (although not entirely) should teach everyone a lesson for the future. But what can we do now? A libertarian who says he would “push the button” and at once abolish the state (or in the case of a limited-government libertarian, merely eliminate the welfare state) has little of value to say today. Does he think that alternative voluntary institutions would spring into existence? Institutions — and the constellation of customs and expectations they embody — need time to grow. I’m not saying that people working together consensually wouldn’t do much good on their own in the meantime — they are doing so now — but the limits in the short term would be significant.

Besides, no such button exists, so why would we even talk about it? A radical scaling back of the state at this time would not find widespread support, so even if it could be pulled off, it would quickly be reversed because, like it or not, most people regard the (welfare) state as legitimate, even if they have objections to various parts of it.

So we’re stuck with the state as it is in this emergency. Where does that leave us? Some restrictions on normal activities will be regarded as reasonable, targeted quarantines, for example. That doesn’t mean we should suspend judgment and accept every restriction the politicians or bureaucrats come up with. (What’s with the curfew? Where’s the necessary connection with banning gatherings?) An emergency is no time to abandon one’s critical faculties. Nevertheless, things that would and should be condemned in normal times will reasonably be deemed acceptable — with regrets — even by libertarians for the duration of the emergency. Exactly what all those things might be I’m in no position to say with any confidence. A reasonable restriction could certainly be pushed too far. How far is too far? It’s not always clear, although we’ll often know it when we see it. We will be in an improvisational mode for some time to come — which is why decentralization, competition, and openness to information from far and wide should be the rule of the day. (See this.)

Of course, libertarians have a critical public role at this time. First, we should never cease to point out that much of what the government has done to mitigate the COVID-19 pandemic has been in the nature of suspending restrictions on private conduct essential to responding in this emergency. The loosening of restrictions regarding trade, medical practice (including testing and tele-medicine), vaccine development, occupational licensing, and more demonstrates how routine and commonly accepted government activity has dangerously hampered the private sector’s ability to anticipate and react to the pandemic. (Unfortunately restrictions on the price system, specifically, anti-price-gouging laws, are still in force. Trump has reinforced this.) When this is all over we must not let society forget how government stood in the way. What grounds could possibly exist for reinstating those restrictions that threatened our lives during the pandemic? They and others should be permanently repealed.

Second, we ought to be showing people that markets work in emergencies and that we need them more than ever. When hand sanitizer (which was not in common use a few decades ago) ran short, distilleries started making it. Hanes turned from making underwear to making masks. I’m sure other examples could be found. What if the whiskey and underwear industries had been shut down as nonessential? No bureaucrat can know all of the “nonessential” production required to support “essential” production. F. A. Hayek’s insights about the market solution to the ubiquitous “knowledge problem” are more important than ever.

Our very lives depend on entrepreneurship, which is alertness to overlooked opportunities to improve people’s well-being by transforming scarce resources from a less-valued to a more-valued form. Profit is not the only thing that motivates entrepreneurship, particularly in emergencies, but we must not discount its vital role. Thus “people before profits” is a false dichotomy that has devastating consequences, especially for the most vulnerable. (Profits from rent-seeking, that is, government favoritism, is what we should condemn.) When markets are free, serving others is profitable. Thus Trump should not use the Defense Production Act to command manufacturing. The price system is a faithful guide to action that helps others. Let it work. A corollary: globalization, the kind that is unguided by governments, is good and is saving lives now. The welfare-enhancing division of labor is limited by the extent of the market, Adam Smith wrote.

Besides suppression of the coronavirus we need the production of wealth, but only savings and investment through markets can produce new wealth for everyone (as opposed to special interests only). Government produces only the illusion of wealth by conjuring up apparent purchasing power through money creation — raising the price of what’s already been produced — and moving existing resources around — inevitably creating fertile ground for cronyism, pork-barrelism, and electioneering — while consuming a large share in the process. Everyone will pay a huge price for the government’s promiscuous fiscal and monetary “stimulus” — which could conceivably be far worse than the coronavirus.

To state the obvious, we must find the best balance of mitigation of the spread of the virus and economic activity, which itself is required to conquer the disease. We have no grounds for confidence that politicians and bureaucrats can find this balance. Decentralization, with many information-generating centers, is indispensable. And let’s not forget that “the vulnerable” include not only the medically vulnerable but also the economically vulnerable. (Also see this.)

Unfortunately, American governments have shut down much market activity. (Strangely, “socialist” Sweden has not shuttered businesses and prohibited gatherings.) So what can we do now? I’m persuaded that mass testing would pave the way for the resumption of more or less normal market activities, for it would identify those who have the virus antibodies and thus constitute no danger to others. (See this and this.)

Third, advocates of liberty and respect for people should demand that the U.S. government end all economic sanctions against other countries. In normal times, economic warfare is crueler than cruel since it deprives blameless people — not rulers — of food, medicines, and other necessities. Can you imagine what sanctions are doing now?

Fourth, libertarians should demand that any government emergency spending ought to come first from the so-called national-security budget, which, if you count everything, comes to over a trillion dollars a year. Liquidating the empire should be the order of the day. It’s always been bad for Americans’ and other people’s health.

Fifth, we libertarians must teach our fellow men and women about what Robert Higgs has named the “ratchet effect.” This is the well-documented phenomenon that extraordinary, intrusive government measures adopted during a crisis do not go away entirely once the crisis ends. (For details, see Higgs’s classic, Crisis and Leviathan: Critic Episodes in the Growth of American Government.) We can’t let the extraordinary become ordinary.

Sixth and related, libertarians must help people to understand that measures adopted during a bona fide emergency are unacceptable in other circumstances. Politicians and bureaucrats might enjoy their expanded powers in a crisis and so might try to invoke them under more typical conditions — but we cannot let the bar be lowered.

We must not let our society come to see restrictions on individual liberty as the new normal. This is an emergency, and we must not forget it.