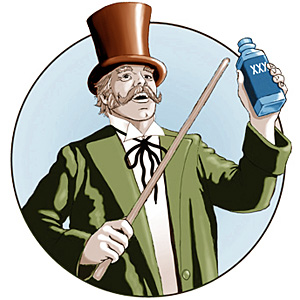 All I can say is, we’ve got a hell of a political system on our hands when the surest way for a president to win the adoration of those who thought him a dangerous, ignorant, narcissistic, erratic, and bullshitting blowhard yesterday is to drop a bomb or fire a cruise missile today.

We already knew something like this was the case. War presidents tend to be remembered better than presidents who had the misfortune to reign during peacetime, sometimes despite their best efforts.

I guess it’s understandable that a president who “led the nation into war” would stand out in the memory more than one who did not, but it’s no less a matter of concern to those who actually hate war and love peace rather than just say it. It’s especially worrisome when you realize that many people — pundits and scholars in particular — believe that only in waging war does a president display his finest traits: leadership, courage, strength, resoluteness, and so on.

Since presidents are thought to come into their own only during state-sponsored butchery, we may find a parallel in what Randolph Bourne said of the state itself. Writing in 1918, after the evil evangelist Woodrow Wilson had taken the United States into the Great War, Bourne observed that a republican state in peacetime is boring. It “has almost no trappings to appeal to the common man’s emotions. What it has are of military origin, and in an unmilitary era such as we have passed through since the Civil War, even military trappings have been scarcely seen. In such an era the sense of the State almost fades out of the consciousness of men.

“With the shock of war, however, the State comes into its own again. The Government, with no mandate from the people, without consultation of the people, conducts all the negotiations, the backing and filling, the menaces and explanations, which slowly bring it into collision with some other Government, and gently and irresistibly slides the country into war….”

“The moment war is declared…,” Bourne continued, “the mass of the people, through some spiritual alchemy, become convinced that they have willed and executed the deed themselves. They then, with the exception of a few malcontents, proceed to allow themselves to be regimented, coerced, deranged in all the environments of their lives, and turned into a solid manufactory of destruction toward whatever other people may have, in the appointed scheme of things, come within the range of the Government’s disapprobation. The citizen throws off his contempt and indifference to Government, identifies himself with its purposes, revives all his military memories and symbols, and the State once more walks, an august presence, through the imaginations of men. Patriotism becomes the dominant feeling, and produces immediately that intense and hopeless confusion between the relations which the individual bears and should bear toward the society of which he is a part.”

In other words, war reminds the people that their real religion is the religion of State, i.e., nationalism. Their other religions place a distant second.

War of course has changed in many ways since Bourne’s day. We won’t see columns of men marching down joyously tearful crowd-lined American streets on their way to be dispatched to Syria or any of the other places in which “we are at war.” There will likely be no conscription with its patriotic appeals. (Am I too hasty in ruling this out?) America’s heroes do their killing largely though not entirely by remote control, from behind drone consoles or on ships safely in the Mediterranean. To be sure, special-ops “advisers” and “trainers” get to see some of the action up close, and sometimes one of them takes a hit, at which time we’ll be frequently assured that he or she really did die for our freedom. Anyone who suggests an American warrior died in vain or on behalf of imperial ambitions will be shunned — or worse.

So a president today may have to work a little harder than in the past to garner adoration — but not that hard, especially when it comes to our furrowed-brow pundits and solemn politicians.

The Trump case drives home the point. Here was a guy who until recently scared the bejeezus out of our weightiest thinkers. He was thought to combine three of the worst traits: conceit, ignorance, and impulsiveness, born of an exaggerated estimate of his own gut. Yet all he had to do to win over these critics was (illegally) to command the Navy to fire several dozen Tomahawk cruise missiles from some ships, and suddenly he’s just the right man in just the right place at just the right time. CNN’s and the Washington Post‘s Wise Pundit, Fareed Zakaria, declared him president just after the missiles launched. The New York Times‘s Nicholas Kristof said Trump’s action was of “dubious legality,” “hypocritical,” and “right.” Every major newspaper lauded him editorially and turned over its op-ed page exclusively to commentators who agreed. Such praise gushed forth even though Trump’s strike against Syria was rash, having been ordered before an inquiry into the origin of the chemical-weapons attack had been conducted. Dissent was as scarce as a hint of humility in the Trump household.

We can be sure that Trump did not misread the lesson. He’s a man who has craved the respect of the establishment all his adult life. When he could not win it in the business world, he said the equivalent of “screw you” and ran for president as an anti-establishment candidate. But that was never authentic; he was as transparent as a snake-oil hawker.

Yet Trump continued to crave the respect of those who, in his mind, really matter (unlike the forgotten working people he pretended to champion). It didn’t hurt that by going after Russia’s ally and suggesting that Vladimir Putin was complicit, he could show Those Who Matter that he really isn’t a Kremlin puppet. It also didn’t hurt that he chose to go after a guy (Assad) whom the American establishment has wanted to get off for a long time, although this will benefit the bin Ladenites and worse. (“If there was anything that [the strike on] Syria did, it was to validate the fact that there is no Russia tie,” Prince Eric said.) Neocons and humanitarian (sic) interventionists alike favor the destabilization of Syria long sought by Israel and Saudi Arabia, not to mention America’s Israel-firsters.

So as I said, we’ve got a hell of a political system on our hands.

Now, what about Trump and North Korea?