The Amber Guyger Trial Showcases a Special Class of Citizen

The Amber Guyger Trial Showcases a Special Class of Citizen 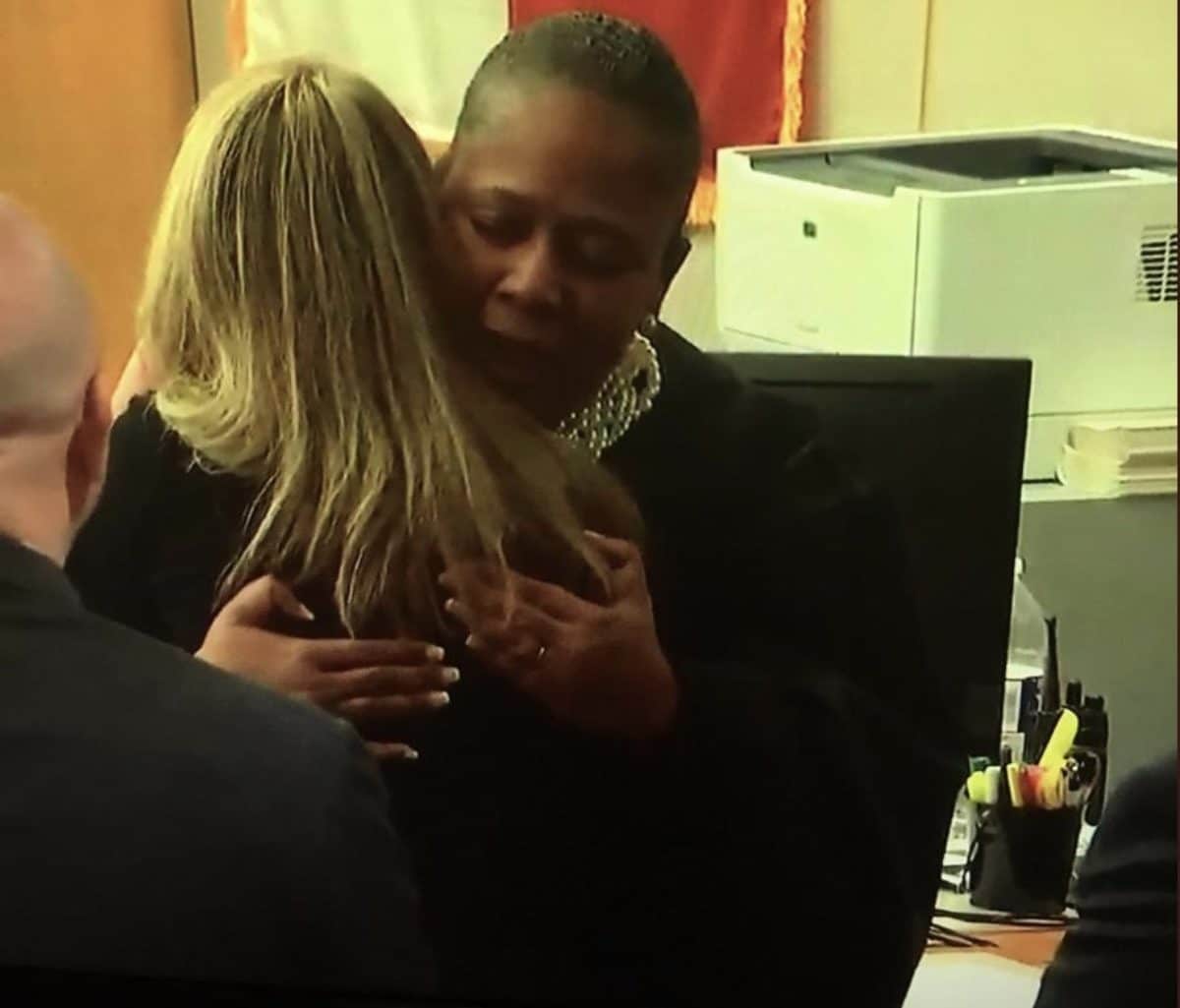 Unless you’ve experienced a phone call informing you that a dear relative has been shot and killed (this author has unfortunately received such a call) you have no idea what Botham Jean’s mother and brother have gone through. When it is communicated to you that it was a hardened criminal who pulled the trigger, one that may have been there to rob them, that makes sense even though you are still distraught and in pain. If that call informed you that a police officer walked into your loved-one’s home, mistook it for theirs, and shot your son or brother, it would be understandable that confusion, and possibly rage, may be added to your sorrow.

The incident in which off-duty but uniformed Amber Guyger, walked into her immediate upstairs neighbor’s apartment, mistook him for a burglar, and fired a shot ending his life, will be discussed for years to come. How could she be on the wrong floor? Didn’t she recognize different door mats as she walked? Wouldn’t she immediately realize that it wasn’t her unit, apologize and leave? Was she impaired and what was she on (the results of her blood panel were finally released at trial, but those who are critical of the thin blue line wonder if she had help)? Why didn’t she try to provide life-saving aid? Why did the first press release about Jean mention there was cannabis in his apartment? From the start this appeared to be the “thin blue line” going to work to protect one of their own.

Those of us who monitor police abuse closely know that the system is going to do everything to protect their own. A quick scan of websites such as The Free Thought Project will highlight case after case of this phenomenon, one story after another of police murdering unarmed civilians and either being cleared by their departments, or found innocent when they request a trial-by-judge in jurisdictions where that can be asked for instead of a jury trial. Even in instances where a state agent is brought before a jury, the system usually does a good job of “teaching” the jury how police are trained to act exactly as the officer did, and those juries usually find the cop not guilty.

When you examine the Amber Guyger prosecution, you can see instances of this in play.

“A castle doctrine, also known as a castle law or a defense of habitation law, is a legal doctrine that designates a person’s abode or any legally occupied place (for example, a vehicle or home) as a place in which that person has protections and immunities permitting one, in certain circumstances, to use force (up to and including deadly force) to defend oneself against an intruder, free from legal prosecution for the consequences of the force used.”

This whole case revolves around the fact that Guyger was not in her apartment. If anyone could declare “Castle” it would’ve been Botham Jean. Why would the judge allow this as a possible defense? That question may be answered with further information.

Judge Kemp, in this case, appeared to do everything within her power to help her colleague. Before the jury went in to deliberate the sentence, the judge informed them of the “Sudden Passion” legal defense. What is this tool?

“Sudden Passion” describes a violent act that is committed without any premeditation but in a circumstance of great emotional disturbance.

Again, if one examines the crime, you will see that Guyger was on the wrong floor of her apartment building, and trespassed upon another unit. If anyone should’ve been impassioned, it would’ve been Botham Jean. Guyger testified that she “was scared he was gonna kill me.” Considering she was in Jean’s apartment, what kind of fear do you think went through him? Maybe none. Possibly he felt safe. Botham witnessed a female in uniform waking through his front door. Society trains us that they’re our security force. He may have thought there was an emergency. One wonders what thoughts were going through his head as he lay bleeding out and contemplating being gunned down in his home by someone our neighbors tell us is a hero.

At trial the details of Guyger’s 911 call were made public. When the jury heard it, did they hear the same things others did? Jurors listened to her frantic call to 911 following the shooting. Guyger says “I thought it was my apartment” nearly 20 times. She also says: “I’m gonna lose my job” and “I am going to need a supervisor.” Notice, nowhere does she express concern for the well-being of the man she just shot. Many commentators pointed to her emotion at the trial and stressed exactly what we see in the 911 call; that she was worried about the likelihood of incarceration, not sorrow over ending a life.

The Verdict and Sentencing

Those who follow closely the incidences of police getting off “Scot-Free” for murder were shocked that she was found guilty on the charge, and that if she were going to be convicted, it would probably be manslaughter.

When the jury finally handed down the sentence, Guyger was given 10 years. Pundits were quick to point out that in 2016, a man who shot and killed a police dog was given 45 years in prison in Ohio. Social media blew up over what many perceived as a “lite” sentence.

Back to the Judge

After sentencing, Judge Tammy Kemp came down off her throne and hugged Guyger, handing her a Bible. The question was asked almost immediately: When has a judge ever hugged a convicted murderer after sentencing?

In another display unseen, a female police officer stood beside Amber during sentencing stroking her hair. These two displays of affection should set off alarms in any honest onlooker’s mind. If it was Botham Jean who had walked into police officer Amber Guyger’s apartment “accidentally,” and murdered her, would these same displays of affection and consolation be shown to Botham by the judge and law enforcement?

The fact that there were people who celebrated this conviction and lite sentence as a win only goes to prove that Americans live in a police state in which they expect their captors to be exonerated for actions that would put them in prison for life, or get them the death penalty. That there were people who called this conviction a travesty, that she should be allowed to make “mistakes” that ends the life of a peaceful person, further highlights that the system is allowed to proceed in a grossly criminal manner because useful idiots refuse to open their eyes to the fact that Americans in 2019 have less personal freedom than the average Bostonian in 1770.